Ritu Bhathal is a British poet, award-winning blogger and author of contemporary fiction.

Born in Birmingham to migrant parents, with a dose of Kenya and India in her, Ritu’s vibrant background has always been a great source of inspiration to her.

Passionate about reading from an early age, she won various writing competitions in school which spurred her into writing more tales.

A graduate of Kingston University, Ritu is a qualified teacher.

She currently lives in Kent with her husband, two children, and their furbaby Sonu Singh. 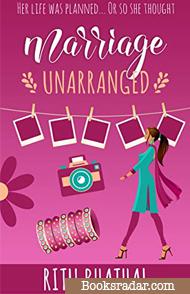 Aashi’s life was all set. At least that’s what she thought.

Much like in the Bollywood films, Ravi would pursue her, win over her family and the two would get married, living happily ever after.

Everything however changed when Aashi discovered the empty condom box.

Deciding to forget about her ex-fiancé and her own innocence, Aashi sets off on an eye-opening journey to another country, creating dashing memories and unforgettable friendships.

And how about the gorgeous stranger that she crosses paths with? Could they be hiding something?