Nancy Bell is an American author of mystery and cozy mystery novels.

She is best known for writing the Biggie Weatherford Mysteries and the Judge Jackson Crain Mystery Series.

A native of East Texas, Nancy Bell has always been intrigued by the landscape, language, and lore of where she grew up, so much so that when she made her debut as a novelist, she breathed life into her rural roots through her works in the Biggie Weatherford Mysteries.

Nancy Bell currently makes her home in Austin, Texas, where she is a housemother to the sorority sisters of Alpha Chi Omega at the University of Texas. 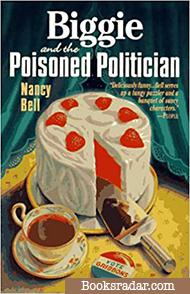 Biggie and the Poisoned Politician 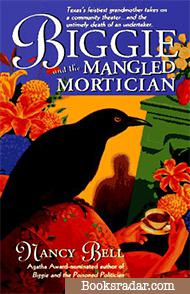 Biggie and the Mangled Mortician 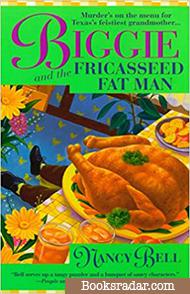 Biggie and the Fricasseed Fat Man 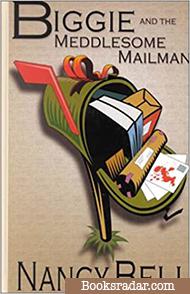 Biggie and the Meddlesome Mailman 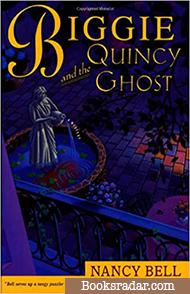 Biggie and the Quincy Ghost 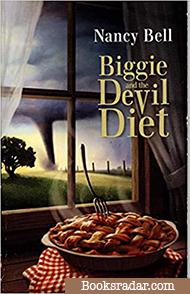 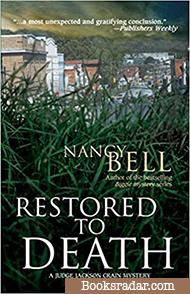 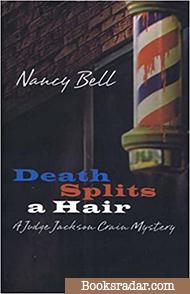 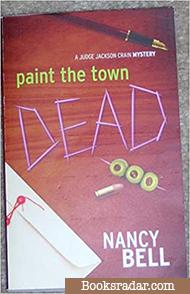 Biggie and the Poisoned Politician

Biggie Weatherford, an eccentric and wealthy grandmother from the tiny East Texas town of Job's Crossing, takes on city hall to halt a proposed garbage dump next to her ancestral graveyard, only to turn detective to solve the poisoning murder of the local mayor.

Biggie Weatherford, the Miss Marple of Job’s Crossing, Texas, is back in this sequel to best-selling author Nancy Bell’s hilarious Biggie and the Poisoned Politician. This time around, Biggie tries to discover who killed the mortician. Shenanigans are afoot in Job’s Crossing. When the three-inch heel breaks off gay police deputy Butch Jenkins’ cowboy boot, thief Cooter McNutt escapes—until Aunt Vita straightarms Cooter and sits on him.

Buy now
Like
Biggie and the Fricasseed Fat Man

Biggie is back, bringing with her J.R., her ten-year-old grandson, and the rest of the Weatherford household--Rosebud, he of the tall tales, and Willie Mae, the best cook in Texas. Anyone who hasn't met Biggie and J.R. has a treat in store, those who have know what fun is ahead in this account of murderous and hilarious doings in Job's Crossing, told in J.R.'s own words.

For starters, the Birdsong brothers have built themselves a chicken restaurant. The grand opening has the whole town out ready to sample "broiled chicken, baked chicken, barbecued chicken, chicken and dumplings, sweet-and-sour chicken, chicken croquettes, fried chicken." But what the citizens aren't ready for is finding three-hundred-pound Firman Birdsong under the restaurant's kitchen table, festooned with white-flour gravy and as dead as one of the hapless birds.

Although the timid florist Butch Hickly has been replaced as Job's Crossing's one-man police force by Biggie's cousin Paul and Silas Wooten (yep, that is just one man), Biggie is ready to help.

And then crisis strikes the Weatherford household. J.R.'s mother, who had handed him over years before to Biggie to raise, has now authorized his other grandmother to take over the boy's care. This is a real blow. The arrival of the woman and her faux cowboy husband leaves J.R. apprehensive and miserable and Biggie with an even greater problem than the murder to solve.

When a nosy mailman with a habit of reading the mail of others is found dead by J.R., his grandmother decides that the local police are not up to the task of solving the case and decides to lend a hand.

In this adventure Biggie Weatherford and her grandson JR go to Quincy to learn about their historical society. That night their host tells them a ghost story about a young woman who went on a picnic and was never seen alive again. The next morning JR finds a body in the hotel fountain. The deputy in charge of the case asks Biggie to help him solve it.

An old friend of Biggie comes back to Job's Crossing. Rex Barnwell and his young wife have returned to convert his father's ranch into a retreat for overweight teenage girls, and Biggie is forced to reveal a secret that she has always kept from J.R. Not long after this startling revelation, Rex is murdered. Knowing full well that he won't be able to keep Biggie away, the Texas Ranger in charge of the case enlists her help.

While Biggie pursues her investigation, J.R. has his hands full with troubles of his own. These troubles don't involve any murders-though it might be easier for J.R. if they did.

As an extra treat for the reader, Willie Mae shares her recipe for King Ranch Casserole.

Jackson Crain is a widowed county judge who lives with his delightfully idiosyncratic thirteen-year-old daughter. When his deceased wife's sister is bludgeoned to death, and her husband, Ron Hughes, is accused of the crime, the judge decides to assist in the investigation.

Joe Junior, the barber of Post Oak, Texas, has been murdered. And though he was beloved around town, there are no less than three primary suspects.

Judge Crain has the final word when it comes to laying down the law in PostOak, but this time he's having a dandy of a hard time figuring out where to lay it.

When the lifeless body of local real estate king Tom Delgado is found, the discovery stirs up all kinds of gossip in Post Oak, Texas. Suspicion falls on his widow, Dovie, who discovered that funds from her husband's sizable bank account - as well as his affections - had been going to flashy Dallas television evangelist, Mary Dobbs McDermott.

Luckily, nothing happens down home in the small East Texas town without the knowledge of mild-mannered, quick-witted judge Jackson Crain. And he's the first to figure out that the mesmerizing preacher woman has a sinfully sordid past. One that includes seducing a rich married man and sending his wife off the deep end? Maybe. But as the evidence piles up against Dovie Delgado, the judge brings his own brand of southern barbecue to smoke out the true killer before an innocent woman gets cooked.