She started her career as a TV news reporter and anchor in San Francisco, working for KRON-TV and KGO-TV before moving to the nation’s capital, where she anchored the Ten O’clock news on Channel 5.

When Ronald Reagan moved into the White House as the 40th President of the United States, he appointed Jim Brady as his Press Secretary, with Karna Bodman serving as Jim’s Deputy.

Karna had meetings with the President almost on a daily basis and even got to travel on Air Force One.

She was also given assignments in South America and the Far East, where she gave speeches to government, business and student groups on the President’s economic priorities.

Karna was later appointed Senior Director and spokesman for the National Security Council, where she not only attended arms control negotiations with the Soviets, but also got to meet leaders of Great Britain, France, Italy, and Pope John Paul II.

At her prime, Karna was the highest ranking woman on The White House staff.

As such, her books are greatly inspired by her insider experience while working in The White House.

Karna is married to Dick Bodman and the couple has homes in Naples, Florida, Washington, DC and Rancho Santa Fe, California. 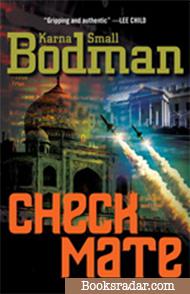 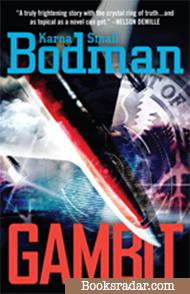 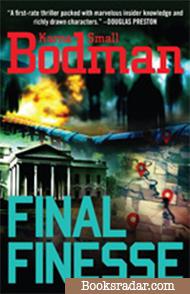 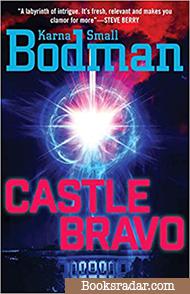 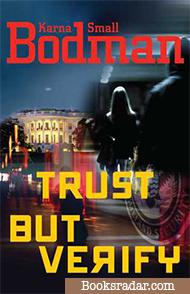 She needs support from skeptical company officers, funding from a reluctant Congress, and help from Lt. Col. Hunt Daniels, detailed to The White House NSC.

With disaster brewing overseas, threats to New Delhi, the Taj Mahal, and to Cameron herself, she and Hunt find themselves enmeshed in terrorist plots and political wrangling at the highest levels.

Dr. Cameron Talbot, a famous expert on missile defense systems, returns to investigate how American airplanes could plummet from the sky—though nothing shows up on radar and none of the usual terrorist suspects have claimed responsibility.

With the country in a panic and the economy taking a nose-dive, the beautiful scientist finds herself once again enmeshed in international plots as well as a romantic triangle in the highest levels of government.

Samantha Reid, the White House Deputy Director for Homeland Security, deals with national security threats on a daily basis. When a natural-gas pipeline explodes in America’s heartland, she senses pending disaster and tries to convince reluctant officials to take action.

After several more explosions, Samantha teams up with Tripp Adams, Vice President of GeoGlobal Oil & Gas, owner of the pipelines, to investigate.

As they race to solve the mystery of the explosions and determine the motives of the shadowy group behind the havoc, Samantha and Tripp spend days . . . and nights . . . together, growing ever closer. Then Tripp is sent on a business trip to South America---and disappears.

Now Samantha must deal with political intrigue at the highest levels, finesse international plots, and break all the White House rules as she races to find Tripp and stop the team of foreign agents before they carry out their final deadly scheme.

Samantha Reid, White House Director of Homeland Security, receives intelligence about a potentially devastating kind of terror attack: the detonation of a small nuclear device high in the atmosphere, which would create an Electro-Magnetic Pulse and fry all electronics on the ground.

No electricity. No transportation. No communication. Complete chaos. Samantha is shaken by the implications—but unfortunately, no one else in the White House is taking her concerns seriously.

Meanwhile Samantha’s boyfriend, oil executive Tripp Adams, travels overseas on a business trip—and finds himself in a foreign country where a hostile group is planning the very attack Samantha fears. Can Samantha stop the attack—and save the love of her life—before it’s too late?

Samantha Reid, the brilliant Director of the White House Office of Homeland Security, is enjoying a rare evening away from Washington at a Florida charity ball when a bomb sends the well-heeled attendees stampeding into the night.

Narrowly escaping the blast, Reid returns to the White House, where she has been trailing the massacres and illicit arms sales of a shadowy group of Russian oligarchs... all of whom want her dead.

Caught in an ever-tightening spiral of lies and ruthless hitmen, Reid must race the clock against her assassins. But she's not alone.

When FBI special agent Brett Keating discovers Samantha was the target of the Florida bomb, he resolves to protect her, while also unravelling a brazen plot that threatens the lives of international financial leaders and stock markets worldwide.