He used the pen name when writing mystery and thriller novels.

Noah graduated from MacMurray College in 1968 before serving as a Marine Corps platoon commander in Vietnam, where he was awarded two Purple Hearts and the Silver Star for Bravery.

He then went on to work as an FBI agent in Detroit for more than two decades, during which he worked on some of the FBI’s hardest investigations, including the Green River Killer case and the Highland Park Strangler case—acknowledged for solving the latter.

He continues to be missed dearly by his loved ones. 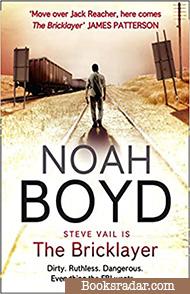 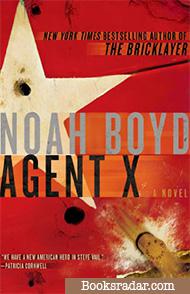 STEVE VAIL IS A MAVERICK.

A trained killer and former agent, Vail despises authority and he's never met a rule he didn't break. These days he's working as a bricklayer.

Because someone is killing their operatives - in complex, subtle, twisted ways - and the body count is rising fast. Someone holds a fatal grudge against the agency; someone who knows how it works, and wants a bloody revenge.

To stem the tide of murders, Vail must re-enter a world he hoped he left behind long ago - his own past.

FBI-agent-turned-bricklayer Steve Vail once helped the FBI solve a brilliant extortion plot. It was supposed to be a one-and-done deal. But when he's in Washington, D.C., to see Kate Bannon—an FBI assistant director—on what he thinks will be a romantic New Year's Eve date, suddenly things get complicated. The FBI has another unsolvable problem, and it has Vail's name written all over it.

A man known as Calculus, an officer at the Russian embassy, has approached the FBI claiming that he has a list of Americans who are selling confidential information to the Russian SVR. In exchange for the list, he is asking for a quarter of a million dollars for each traitor the FBI apprehends. But then Calculus informs the FBI that he has been swiftly recalled to Moscow, and the Bureau suspects the worst: the Russians have discovered what Calculus is up to, probably have access to his list, and will be hunting the traitors to kill them unless the FBI can find them first.

The FBI realizes that it has to keep the operation quiet. Once again, Vail is the perfect man, along with Kate Bannon, who would be anyone's first pick for help on an impossibly dangerous case. But finding the traitors isn't going to be easy. In fact, it's going to be downright deadly. And if the Bricklayer survives, he will have to come up with a few tricks of his own.

NB: This book is also known as Last Chance to Die.