He is quite passionate about murder mysteries featuring impossible crime, more so the likes of footprints in the snow, locked rooms, and missing murder weapons.

James has so far written three books, namely Goodnight Irene (2018), The Opening Night Murders (2019), and The Strange Case of the Barrington Hills Vampire (2020).

Plans are currently underway for the release of his fourth novel, The Five False Suicides.

James doesn't write fast-paced thrillers, but rather takes his time to present his readers with well-plotted mysteries, given that his work is greatly inspired by the Golden Age of Detective Fiction. 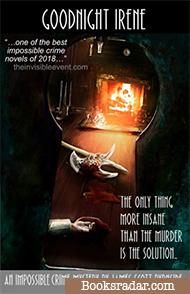 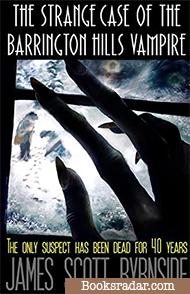 The Strange Case of the Barrington Hills Vampire

"A brilliant detective...A baffling murder...An isolated manor...A list of less than perfect suspects with perfect alibis...No way out...It's going to be a long and deadly night."

Hired to stop a murder at a birthday party at a Mississippi Manor cut off from the world by The Great Flood of 1927, Detective Rowan Manory needs to solve a 20-year-old case to save his client, Robert Lasciva, from unwrapping a deadly and perhaps deserved gift of revenge.

The suspects are ready to celebrate. Unfortunately, one of them has plotted an audacious murder. Trapped by the flood, Manory must unmask the killer in the crowd before the bodies start dropping.

Goodnight Irene is a locked-room murder mystery that will have you guessing until the final reveal.

Chicago. 1935. The Great Depression has brought America to its knees, and the people are dying for some entertainment. Luckily for them, a murder has been scheduled for opening night at The Red Rising Theater.

When the lead actress receives a death threat, Detective Rowan Manory and his partner Walter Williams agree to take the case. Neither realizes the curtain is rising on the deadliest and most vexing mystery of their career. There will be 200 witnesses in the seats and not a single suspect on the stage. Could this be the perfect murder?

The Opening Night Murders is a thrilling impossible crime novel that will keep you guessing from the first clue right up to the shocking finale.

Buy now
Like
The Strange Case of the Barrington Hills Vampire

Detective Rowan Manory and his assistant Walter Williams are hired to investigate. They don’t believe in the undead, but nothing else could explain murders so bloodily impossible. How does the killer walk through walls? Why doesn’t it leave footprints in the snow? Who will it kill next?

Can the detectives solve the case before the vampire strikes again? Can you? You will have all the evidence necessary to solve the mystery including:

1. A map of the first murder

2. A floor plan of the house

3. Footprint diagrams showing all movement in the snow

4. A challenge to the reader featuring eight questions you must answer before the final chapter.