Rick Campbell is a retired American Navy Commander, and bestselling author of military and submarine thrillers.

Originally from Cocoa, Florida, Rick attended the United States Naval Academy in Annapolis, Maryland, before spending more than three decades in the Navy.

During that period, he did tours of duty which included four nuclear powered submarines, the Pentagon, and the Undersea Weapons Program Office.

While on his last submarine, Rick was one of only two men whose authorization was required to launch its twenty-four nuclear warhead-tipped missiles.

Upon retiring from the Navy, Rick put his decades of experience to good use by becoming a military fiction author, thus receiving a publishing offer from Macmillan / St. Martin's Press for The Trident Deception Series.

He currently resides with his family in the greater Washington, D.C. area. 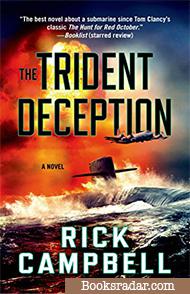 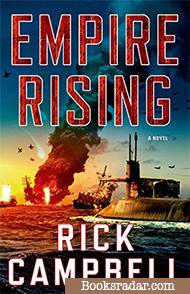 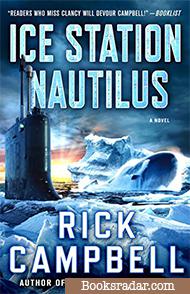 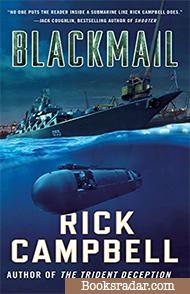 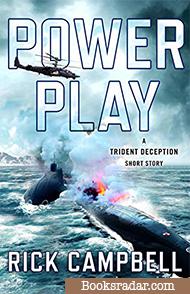 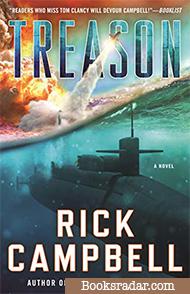 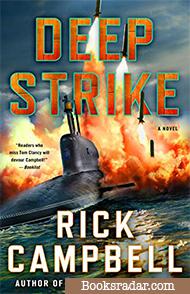 The USS Kentucky—a Trident ballistic missile submarine carrying a full complement of 192 nuclear warheads—is about to go on a routine patrol. Not long after it reaches the open sea, however, the Kentucky receives a launch order. After receiving that launch order, it is cut off from all counter-orders and disappears into the Pacific while it makes the eight-day transit to the launch site. What the Kentucky's crew doesn't know is that those launch orders haven't actually come from the U.S. government.

Rogue elements within the Mossad have learned that Iran has developed its first nuclear weapon and, in ten days, will detonate it—and the target is Israel. The suspected weapon complex is too far underground for conventional weapons to harm it, and the only choice is a pre-emptive nuclear strike. With limited time, this rogue group initiates a long-planned operation called the Trident Deception. They'll transmit false orders and use a U.S. nuclear submarine to launch the attack.

Xiang Chenglei, Chinese president and party secretary, has both a problem and a plan. The problem is that China's limited supply of oil is threatening to derail its economic growth and prosperity. Having failed to win access to a greater supply diplomatically, he sets his backup plan in motion. And what is war, but diplomacy by other means?

The U.S. Pacific Fleet is the major military force in the area, and when Taiwan is invaded, the fleet is sent in to repel the invading Chinese forces. The U.S. military expects it to be an easy operation, but after a decades-long, top-secret buildup, China has military capabilities far greater than the United States is aware of. With hidden batteries of long range missiles, advanced cyber warfare capabilities, and a submarine fleet wielding a secret weapon, China is able to overwhelm the American fleet. In fact, China all but wipes out the U.S. Pacific Fleet—leaving them free to turn to their real objective—invasion and expansion across Asia, starting with the four main islands of Japan.

While the Atlantic Fleet surges westward to defend its allies and respond to the destruction of their counterparts, it falls to an unlikely alliance of three people to stop this incursion and prevent an all-but-inevitable global war.

National Security Advisor Christine O'Connor has critical information, but she's trapped in Beijing; Captain Murray Wilson, commanding officer of the submarine USS Michigan must somehow infiltrate the Chinese submarine blockade; and Navy SEAL Jake Harrison must lead a strike team into the most hostile of territories with only hours to implement the most daring plan ever.

Russia’s new ballistic missile submarine is being deployed on its first patrol while America’s newest fast attack submarine, North Dakota, is assigned to trail it and collect intel.

As the Russian submarine heads under the polar ice cap, its sonar readings reveal the trailing American one…and lead the Russians to begin a radical, evasive maneuver―one that causes both subs to collide and hit the bottom.

The Americans immediately set up a rescue mission, sending a new submarine and a SEAL team to establish an ice camp―Ice Station Nautilus―and stage a rescue. The Russians also send a rescue team but their secret mission is to make sure the Americans don’t get any intel.

To achieve this, they plan to take over Nautilus―leaving no survivors or traces of their actions. Meanwhile, the men at the bottom of the ocean in both downed subs struggle for their last breath. . .

A bold military and political strike by the Russian government leaves the U.S. reeling, crippled and vulnerable, with only a desperate long shot chance to avoid a devastating world war.

The U.S. aircraft carrier patrolling the Western Pacific Ocean is severely damaged by a surprise salvo of cruise missiles. While the Russian government officially apologizes, claiming it was the result of fire control accident during a training exercise, it was instead a calculated provocation. With the U.S. Pacific fleet already severely under strength, the Russian President decides that the US response is a clear indication of their weakness, militarily and politically, and initiates a bold plan.

Political unrest is spreading through the Eastern European states. The Russian Northern Fleet moves swiftly in the Mediterranean Sea, the Russian army is moving west to the border, and Russian Baltic and Black Sea Fleets are mobilized. In one bold strike, the Russian army moves to reoccupy a large number of the industrialized areas of the former USSR, while blockading the vital sea passages through which the world’s oil and natural gas transit.

To make matters worse, Russia’s Special Forces have wired every major oil and natural gas pipeline with explosives. If the U.S. makes one move to thwart Russia, they’ll destroy them all. The U.S. is risking disaster if it acts, but the alternative is quite possibly worse. Torn between the unthinkable and the impossible, the only possible move—to launch an attack on all fronts, simultaneously.

The Russians have their newest class of nuclear attack submarine and is taking it, K-561 Kazan, on a shakedown cruise.

Unbeknownst to them, however, this new submarine is being followed by an American submarine, the USS Pittsburgh. The Pittsburgh is to gather any intelligence they can on this new Russian submarine while avoiding detection by the Russians.

But what first appears to be the rollout of a new type of submarine, might well be something completely different. Instead the Pittsburgh witness a torpedo firing exercise—and the radical new technology might well not be the submarine, but the torpedo.

In Russia, the military is anxious to assert its military strength and regain its role as a superpower. The Russian President refuses to greenlight a bold plan to disable American strategic nuclear capability and retake Ukraine and the Baltic States, fearing the potential consequences of involving nuclear weapons.

But the generals won't have it and at the first opportunity, they overthrow the president in a military coup. Then they use a narrow window to initiate their bold plan—the Zolotov option—which will render all of America's B2 bombers and ballistic missiles useless. With the U.S. off the board, they swiftly invade Ukraine with an overwhelming force, an invading Army that even NATO can't hope to resist.

Now, it's game on. Without their primary weapons, the U.S. has to find a way to fight back on multiple fronts. If they're to have any chance, they'll have to overcome the malware that has grounded their ballistic missiles and planes, as well as secretly land a SEAL team to help rescue the imprisoned Russian President, and help retake control from the forces that are driving Europe into a continental war.

A shoulder-launched missile attack on a convoy of vehicles leaving the U.N. headquarters in New York kills several diplomats, including the American ambassador. Security footage reveals that the killer behind the attack is a disgraced former special forces operative, Mark Alperi. But before U.S. intelligence operatives can catch up with him, Alperi is already onto the next phase of his plan.

With funding from the nearly shattered ISIS, Alperi plans an attack on the U.S. that will be more devastating than 9/11. He bribes a desperate Russian submarine commander with access to an expensive experimental drug for his daughter who is suffering from a rare disease.

In exchange, the Russian commander will take his submarine to the Atlantic Ocean and launch a salvo of missiles at various targets along the East Coast of the United States. The commander lies to his crew that it's a secret mission, with dummy missiles, for a training exercise. At the same time, unbeknownst to the commander, Alperi has arranged for four of the missile warheads to be replaced with four surplus nuclear warheads and arms them.

When the Russian submarine sinks the U.S. sub that is tracking it, the U.S. military is alarmed. When Intelligence uncovers Alperi's plot, though, it becomes a race against time—find the Russian sub and sink it before it can launch a devastating nuclear attack.