During his time with the military, Jack led special operations teams as a Team Leader, Platoon Commander, Troop Commander and Task Unit Commander.

He spent over two decades in Naval Special Warfare, transitioning from an enlisted SEAL sniper, to a junior officer leading assault and sniper teams in Iraq and Afghanistan, to a platoon commander practicing counterinsurgency in the southern Philippines, to commanding a Special Operations Task Unit in the most Iranian influenced section of southern Iraq throughout the tumultuous drawdown of U.S. Forces.

Since retiring from active duty in 2016, Jack has lived with his wife and three children in Park City, Utah. 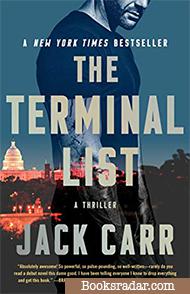 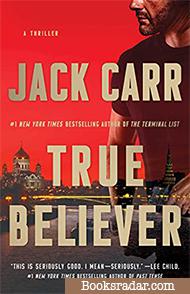 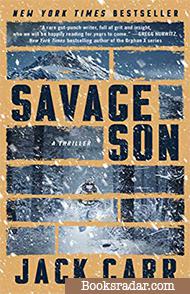 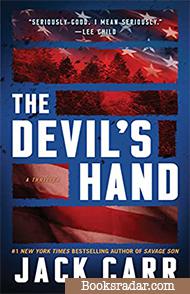 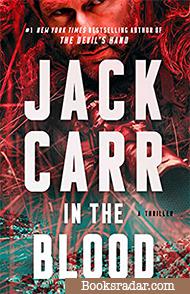 On his last combat deployment, Lieutenant Commander James Reece’s entire team was killed in a catastrophic ambush. But when those dearest to him are murdered on the day of his homecoming, Reece discovers that this was not an act of war by a foreign enemy but a conspiracy that runs to the highest levels of government.

Now, with no family and free from the military’s command structure, Reece applies the lessons that he’s learned in over a decade of constant warfare toward avenging the deaths of his family and teammates. With breathless pacing and relentless suspense, Reece ruthlessly targets his enemies in the upper echelons of power without regard for the laws of combat or the rule of law.

When a string of horrific terrorist attacks plagues the Western world during the holiday season, the broader markets fall into a tailspin. The attacks are being coordinated by a shadowy former Iraqi commando who has disappeared into Europe’s underground. The United States government has an asset who can turn the Iraqi against his masters: James Reece, the most-wanted domestic terrorist alive.

After avenging the deaths of his family and team members, Reece emerges deep in the wilds of Mozambique, protected by the family of his estranged best friend and former SEAL Team member. When a series of events uncovers his whereabouts, the CIA recruits him, using a Presidential pardon for Reece and immunity for the friends who helped him in his mission of vengeance.

"Deep in the wilds of Siberia, a woman is on the run, pursued by a man harboring secrets—a man intent on killing her."

A traitorous CIA officer has found refuge with the Russian mafia with designs on ensuring a certain former Navy SEAL sniper is put in the ground.

Half a world away, James Reece is recovering from brain surgery in the Montana wilderness, slowly putting his life back together with the help of investigative journalist Katie Buranek and his longtime friend and SEAL teammate Raife Hastings. Unbeknownst to them, the Russian mafia has set their sights on Reece in a deadly game of cat and mouse.

In his most visceral and heart-pounding thriller yet, Jack Carr explores the darkest instincts of humanity through the eyes of a man who has seen both the best and the worst of it.

It’s been twenty years since 9/11. Two decades since the United States was attacked on home soil and embarked on twenty years of war. The enemy has been patient, learning, and adapting. And the enemy is ready to strike again.

A new president offers hope to a country weary of conflict. He’s a young, popular, self-made visionary…but he’s also a man with a secret.

Halfway across the globe a regional superpower struggles with sanctions imposed by the Great Satan and her European allies, a country whose ancient religion spawned a group of ruthless assassins. Faced with internal dissent and extrajudicial targeted killings by the United States and Israel, the Supreme Leader puts a plan in motion to defeat the most powerful nation on earth.

Meanwhile, a young PhD student has gained access to a bioweapon thought to be confined to a classified military laboratory known only to a select number of officials. A second-generation agent, he has been assigned a mission that will bring his adopted homeland to its knees.

Buy now
5
In the Blood

A woman boards a plane in the African country of Burkina Faso having just completed a targeted assassination for the state of Israel. Two minutes later, her plane is blown out of the sky.

Over 6,000 miles away, former Navy SEAL James Reece watches the names and pictures of the victims on cable news. One face triggers a distant memory of a Mossad operative attached to the CIA years earlier in Iraq—a woman with ties to the intelligence services of two nations…a woman Reece thought he would never see again.

Reece enlists friends new and old across the globe to track down her killer, unaware that he may be walking into a deadly trap.