Tom Combs is an American author whose twenty-five year experience as an ER doctor at level-one trauma centers in the inner-city provided the background for his exciting stories.

He majored in biochemistry at the University of Minnesota before serving as a research assistant in pharmacology.

Tom has always had a passion for writing, and even worked as a technical writer for a technology firm a year before joining medical school.

He has honed his writing craft over the last nine years, with years of study at the Loft literary Center.

A native of Minnesota, Tom currently lives with his artist wife on a lake in his beloved home state. 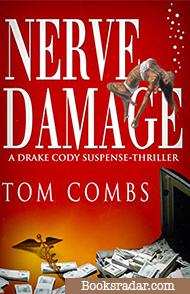 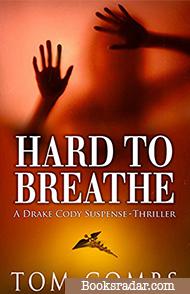 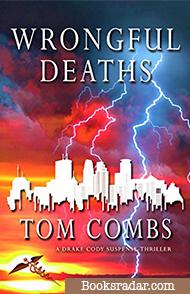 Drake Cody, an emergency physician and medical researcher, puts himself and his family in grave danger after developing a break-through experimental treatment.

A sharp and insane agent of the trillion-dollar pharmaceutical industry will go to great lengths to acquire the priceless drug; not even flinching when it comes to murder.

Confronted with murder, greed, conspiracies and violence, Drake and his beloved wife will stop at nothing to ensure the safety of their children, their loved ones, and themselves

Drake Cody, an ER doctor and medical researcher, hides a past that no physician is allowed to have.

When a bruised woman shows up at the ER claiming it was an accident, Drake forwards the matter to the police; wary that it was an act of domestic violence by the woman’s powerful businessman husband.

However, in just a matter of hours, Drake’s medical license and the rights to his breakthrough experimental drug comes under immense threat.

Murder, greed and conspiracy involving some of the wealthiest men in business and medicine will not only threaten Drake’s career, but also his life and those of his loved ones.

Buy now
1
Wrongful Deaths
The most lethal of all opioid drugs turns Minneapolis and Drake's ER into a war zone.
When hospital patients die under mysterious circumstances, the deaths are attributed to malpractice. But is it really incompetence or murder?
To solve this, emergency doctor and medical researcher, Drake Cody, must bring the overdose deaths to an end and get to the bottom of the mysterious deaths at the hospital.
His quest for answers takes a person turn when a young patient unexpectedly dies and the killer drug strikes down the person he loves most.
Overdoses, malpractice and murder: all wrongful deaths!
Author: Tom Combs
First Release: 2018
ISBN: 978-0990336068
Publisher: Evoke Publishing