Alex Dryden is the pseudonym of a British journalist and writer best known for writing the Finn/Anna Rensikov thriller series.

He is an expert on intelligence, having worked with MI6 and specialized in Russian affairs for several years.

Throughout his travels from Europe to central Asia, Dryden has met former Soviet national leaders, KGB officers and even high ranking mafia persons.

He was working in the Republic of Georgia when the Berlin Wall came crumbling down, and witnessed the very crumbling of the Soviet Union.

Dryden made his debut as a novelist in 2008 with the critically acclaimed Red to Black, the first installment of the Finn/Anna Rensikov spy thrillers. 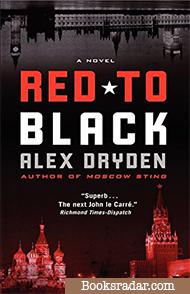 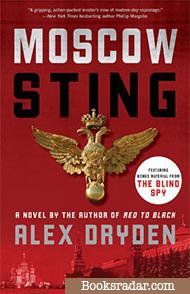 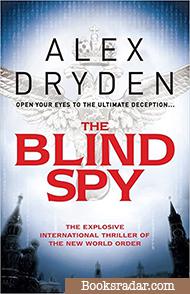 At the dawn of the new millennium, Finn, an MI6 spy, and Anna, a colonel of the KGB, have been sent to spy on each other. Instead they find a love that becomes to only truth they can trust.

A source deep within the Kremlin tells Finn of a plan, hatched in the depths of the Cold War, to dismantle the edifice of the communist state and to bring about the rise of a new imperium within Russia: a plan to control the whole of Europe.

Finn's masters in London are blinded by the new wealth pouring out of Russia and he must leave the Service and work in secrecy to uncover the deadly threat it poses to the freedom of every one of us.

When British spy, Finn, is brutally murdered by a Russian assassin, Adrian, chief of MI6, wants vengeance. He also wants answers - answers that can only be revealed by Finn's widow, Anna, the former KGB colonel who betrayed her country for love and has now disappeared with their child.

Adrian isn't the only one desperate to find Anna. Finn accessed intelligence so confidential that the KGB are willing to kill to protect it, and now everyone wants to know what Russia is concealing beneath its veil of political cordiality.

Russia’s intentions are aggressive. They want to control more of Europe. The Kremlin is threatening to invade Ukraine, a country vital to the West’s oil and gas supplies.

On the ground, in the seething pit of rumor and fear that is the city of Odessa, on the shore of the Black Sea, two top secret agents are searching for ways to prevent the horrors of invasion and war. Anna Resnikov, ex KGB, and Logan Patterson must negotiate the knife-edge of diplomacy and intimidation that pervades every corner of every street, café and back ally. They need information, the gold currency of espionage.

The CIA is exerting heavy muscle and MI6 is influencing hearts and minds and both have their own agendas. Are there assassins on Anna and Logan’s tail? And will they get to them before they uncover the identity of the deep, deep throat, known as the Blind Spy, who seems to have all the answers?

The Cold War is dead but Russia's ambitions continue to rage...

The West is under threat. Russia has been granted sole access to the undersea Lomonosov Ridge in the Arctic Ocean - home to oil reserves even greater than Saudi Arabia's.

The US is determined to claim a share of the oil riches. The CIA send ex-KGB agent Anna on a mission to the brutal wilderness of Norilsk - the base of Russia's Arctic development and a new floating nuclear station. She must disrupt their plans, but Intelligence reports that a Russian group are already planning to destroy the precious power station.

But why are they risking everything to sabotage their own country's resources? Is the US trying to force an outcome while keeping their hands clean? With the KGB hot on their tail, it's up to Anna and the CIA to prevent an attack that could destroy the entire Arctic region, and its oil reserves, for ever.