Hank Early is an American author of crime and mystery novels.

Although he spent much of his youth in the mountains of North Georgia, Hank never held a snake nor did he ever get struck by lightning.

He currently lives in central Alabama with his wife and two kids.

The mystery has also published some books under the penname John Mantooth. 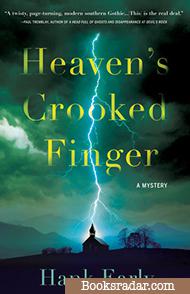 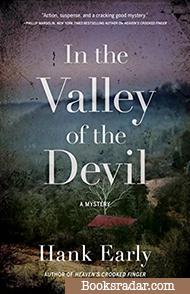 In the Valley of the Devil 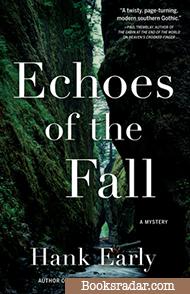 Echoes of the Fall

Having left Georgia, and the bitter memories of a childhood spent under his father’s radical and fundamentalist RJ church, Earl Marcus is shocked when he receives a photograph dated well after his father’s burial. From the photo, there’s no doubt that the man in it is alive.

Upon returning to the church to search for the truth, Earl is met by ardent followers who insist that his father has resurrected.

Nobody is however willing to talk about the teenage girls who mysteriously disappear, only to reappear with strange marks on their skin.

With rumors of a old and powerful well at the summit of one of the mountains running rife, Earl embarks on a mission to uncover the truth as he seeks to bury the haunting memories of his childhood once and for all.

In the Valley of the Devil

Buy now
Like
In the Valley of the Devil

After confronting the ominous nature of his father’s fundamentalist church, Earl Marcus now works as a private investigator in the North Georgia mountains.

Having taken up what seems like a routine job, Earl comes across a mysterious cornfield where he hears rumors of a killer who collects human skulls somewhere in the woods behind a dark cornfield.

When his partner, Mary Hawkins, suddenly disappears, Earl finds himself in a desperate race against time where failure simply isn’t an option.

Echoes of the Fall

Just when Earl Marcus thought things couldn’t get any worse, having lost the fiercely contested sheriff's race to a mole of corrupt politician Jeb Walsh, everything spins out of control after a body turns up on his front lawn—alongside a cryptic letter.

In the victim's car is a cell phone which leads Earl to an old, deserted campus known as The Harden School.

There, he finds a complaints file with the name Jeb Walsh.
Apparently, Eleanor— Jeb's ex-wife—had filed several complaints against the school on behalf of her son.

When spine-tingling truths emerge after contacting Eleanor, Earl embarks on a dangerous journey to a realm where nothing is sacred.