Anne's works are also available in Germany, Turkey and Hungary, with most of her books also accessible in audio through Audible/iTunes.

She is a member of the Society of Children's Book Writers & Illustrators (SCBWI), Romance Writers of America (RWA), Pikes Peak Writers.

Passionate about volunteering and serving her community, Eliot works with teen writers, visits schools, speaks at libraries, and teaches at writers conferences.

Other than being listed on Reader's Choice annual Top 100 list, Anne's books have also made it on Amazon’s top 100 genre Children's and teen romance genre bestsellers every year since publication. 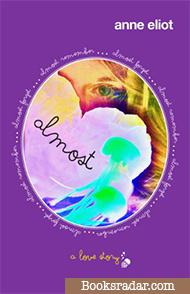 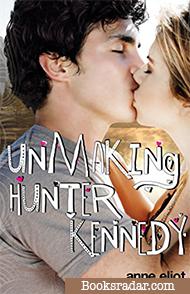 Unmaking Hunter
How I Fall 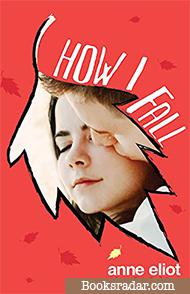 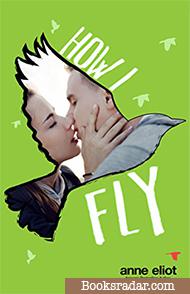 How I Fly
Runaway Rockstar Series 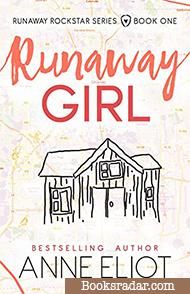 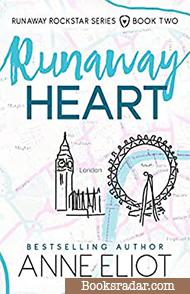 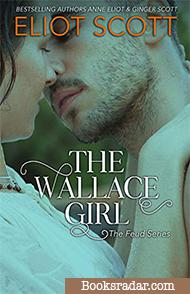 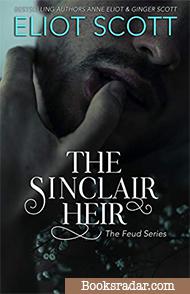 At a freshman party she doesn't remember...Jess Jordan was almost raped.

Unfortunately, until Jess proves she's back to normal activities, her parents won't discuss college. So, she lands a summer internship and strikes a deal with hockey jock, Gray Porter: He gets $8,000. She gets a fake boyfriend and a social life.

Jess has no idea Gray signed on for reasons other than money. She also never expects to fall in love. But Gray’s amazingly hot, holds her hand all the time, and makes her forget that he’s simply doing his job. It’s like having a real boyfriend

...Almost. Very nearly. Not quite.

Gray Porter is hiding secrets of his own. About Jess Jordan. About why he’s driven to protect her, why he won't cash her checks, or deny her anything she asks.

After a car accident--an event he considers a prank gone bad--jaded pop star, Hunter Kennedy is forced to hide out with his aunt in small-town Colorado. He’s supposed to rest, heal his scars and attend high school in disguise until the press dies down. But he only wants to get back to work.

Worse, the girl who’s been assigned to make him over into a geek is a major geek herself. Vere Roth is a chattering pixie, a blushing tornado and a complete social disaster. He’s never met a girl who’s never-been-kissed, believes in romance and thinks Hunter’s a 'nice' guy.

Funny thing is…Hunter is nice around Vere because she’s his first real friend. He also can’t seem to stop sharing his secrets or keep her out of his heart. Knowing he’d never deserve a girl as sweet as Vere, he resigns himself to the friend zone, and helps his new bestie with her own makeover.

She tortures him daily for ridiculous guy advice on how to snag her life-long crush. A guy Hunter thinks is totally wrong for Vere, and sadly, one who has taken note of Vere’s stunning transformation.

When Vere asks her best friend for some kissing advice, Hunter can’t resist.

And that’s when things get out of control…

WHAT IF YOU HAD AN IMPOSSIBLE CRUSH?

Impossible because she’s Ellen Foster. The beautiful, smart, and possibly fragile photography-girl. You’re Cam Campbell. The guy who plays football 24/7 with no life. But what if during junior year, you decide to finally try for her phone number—until this glitter-crazed new girl ruins your plan. Worse, the girl is Irish, awkward, and insists you and Ellen should become best friends—with her! Only, you don’t want to be friends with a human tornado, and you think Ellen might need to stay a crush. This is because after one interaction you’ve discovered Ellen Foster really is fragile. Your problems and secrets are too big for anyone to understand.

WHAT IF YOU COULDN’T RESIST?

But what if the three of you wind up assigned to a group photography project, where rumors are already circling about the new girl being ridiculous? You know she’s nice but very alone, so you convince your crush to help protect the new girl. Suddenly, working on the project makes hanging out, texting, talking—and even high school—seem fun and completely normal when it’s anything but normal.

WHAT IF YOU KISS?

What if you kiss Ellen Foster and it’s perfect enough to make you believe in things you shouldn’t. You tell her secrets and share your dreams. You make the kinds of promises and create plans to be together that might be impossible to keep when you’re only sixteen and your parents control your entire future, but... WHAT IF YOU HURT HER?

Over six months after an accident that broke her legs as well as removed her boyfriend from her life—because Cam Campbell left town and dumped her—high school senior, Ellen Foster, wants to move past her broken heart. She’s off to attend a summer photography workshop at a real university along with her best friends. Ellen’s determined to find a new love—or at least a summer boyfriend. In the dorm, she meets Harrison Shaw. He’s a handsome photography student, a charmer who likes her, and a perfect way to forget her past.

Ellen thinks she has everything she wants. Her summer program couldn’t be better. She’s half in love with Harrison Shaw, and she’s going after her next scholarship. But when she kisses Harrison, she can only remember how Cam Campbell used kiss her better, sweeter, and how he used to make her feel like she could fly…

When Cam shows up at the university it’s a shock, especially to Ellen’s new boyfriend. Cam’s distant, different and very afraid to hurt Ellen again. He asks Ellen if they could be friends despite the past and how they’ve both changed and Ellen agrees. But after all they’ve been through, can Cam and Ellen ever be just friends?

Robin Love's father has been missing in action for over a year. A true proud army brat at almost eighteen, Robin already knows how to be strong and how to be her brother’s only family. Above all, she knows to pretend everything will be fine. Only, things aren’t fine. Robin discovered that her brother will get dumped in foster care when she leaves for college. So, she’s convinced him to run away with her instead.

They’ve vowed to stay together at all costs. Even if it means stealing food out of hotels, sleeping in the car, and lying about everything. Even if it means working as a secret nanny for a jerk rock star who only cares about his band. And even if it means trusting strangers while she formulates her plan. She never expects her lies to lead them to true friends and a real home. Nor does she expect to be attracted to the boss she's growing to hate, all because he refuses to act like the honorable and 'good father' she misses desperately.

But secrets like a runaway girl and a baby hiding with a famous band can’t be kept secret for long. Robin is also not the only one telling lies. When an accidental kiss—a kiss that never should have happened—threatens Robin’s ability to keep her brother, Robin will do anything to correct her mistakes. But this time, to save her brother, the cost might be her heart.

Rockstar, Royce Devlin, has agreed to a fake wedding--an old-fashioned marriage of convenience.

He's only known the girl, Robin Love, for one week--but he gets that it’s 'the right thing to do'. The wedding saves his career. The plan keeps Robin’s reputation clean. It also keeps her brother out of foster care while they search for her father, who is ARMY, missing in action.

Robin Love agreed to the fake marriage--because she also understands that it’s 'the right thing to do'. These incredible people have offered to help her when she’d thought all was lost, so Robin vows to pay them back by playing the part of a rock star’s wife, perfectly. Only, at every turn, Robin blunders her fashion, messes up press conferences, and is terrified of the looming red-carpet events ahead.

In public, Royce and Robin kiss and hold hands all the time. While in private, they share hotel suites—even a bed (fully clothed, of course). As they tour New York City, then London and Paris, clues about her father surface. Album sales soar and close friendships are formed.

Wrapped in Royce’s arms and faking life for the Paparazzi, Robin often forgets what’s real and what’s not, as does Royce. But when Robin asks Royce to be her first time, ‘because they’re already married,’ Royce nearly loses his mind. When the whole world crashes in, their secrets and plans are almost exposed, and everything starts moving too fast.

Royce understands that he’s lost way more than his mind on this fake relationship. He’s lost his heart on a girl he can’t keep.

Worse, this time, no one knows what's 'the right thing to do'—not anymore.

I fell in love with Alex Sinclair when we were kids. Our love was innocent and it was real. It was also dangerous.

We didn’t know our families were like oil and water, that the Wallaces and the Sinclairs hid dark secrets that involved us. We also didn't understand how deep the poison ran. When I found out the truth—when Alex forced me to leave town—I was devastated. Destroyed. But that was all part of the plan. The Sinclair lust for pain and torture at a Wallace’s expense made it impossible for me to stay…impossible to save Alex.

Mr. Sinclair is dead now, and Alex is the new heir. I’ve been waiting for this. It’s why I’ve come back. I’ve got secrets too, and if Mr. Sinclair’s gone, Alex’s heart and soul are up for grabs. He and I can end this feud. Because Alex? He’s not one of them. Never has been. He’s mine. He loves me.

I only need to remind him of that.

The first time JoJo Wallace smiled, she had my heart. When we kissed, she owned my soul. And when she gave me her everything, I took it…consuming her when I had no right.

At first, we were just kids falling in love. We didn’t know about the generations-old feud between the Wallaces and the Sinclairs. I also couldn’t imagine Jojo’s destruction had been planned by my father when we were babies. To Father, the feud came first. I was simply bred to participate. My love for Jojo became his weapon, and to keep Jojo alive, I became the perfect son.

I never thought Jojo would come back after Father’s death. Never thought she’d smile at me or kiss me again--or that I’d let her. She’s the last woman I should ever touch. Only Jojo’s relentless. She’s no longer a child that can be frightened away. She’s made me dream again…made me feel. But before this goes too far, I need to get her away from this town and the rest of the Sinclairs who would see her dead.

Why? Because she’s a Wallace and I’m a Sinclair. She’s someone I’d kill for, and I’ll hurt her again. It’s what I do. But Jojo Wallace, she’s impossible for me to resist.