Her book, Lori's Song, talks of her captivity in an Iranian POW camp and also delves into her history of sexual abuse, domestic violenece, bipolar disorder, Post Traumatic Stress Disorder and her battle with drug addiction.

She currently lives in Jackson, Michigan with her fiance, John.

Lori's Song: The True Story of an American Woman Held Captive in Iran 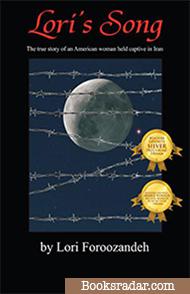 4
Lori's Song: The True Story of an American Woman Held Captive in Iran

As an American married to an Iranian, Lori led an ordinary life in Iran for close to four years, until rumors of an impending attack on U.S soil started spreading. A few days later, on September 11, 2001, those rumors turned into a living nightmare.

The following day, while at the Shiraz bus terminal where they were to board a bus to Istanbul then fly to the U.S via Heathrow, Lori and her husband were ambushed by armed men from troop carriers who took them in as prisoners.

With no explanation whatsoever, the couple were blindfolded and thrown into the back of the troop carriers with other prisoners: Lori's husband taken in one direction while she was taken in another. Nobody knew who the armed men were.

Taken to a POW camp in unfamiliar territory, Lori was held, tortured, raped, and starved for more than a month.

As for her husband, he was never to be seen again.

These are true events of an American Woman held captive in a concentration camp in Iran.