Anne George was an American poet and award-winning author of mystery and thriller novels.

Born in Alabama, Anne won the Agatha Award for her engrossing Southern Sisters Mystery Series, which begins with Murder on A Girls' Night Out (1996) and comes to an end with Murder Boogies with Elvis (2001).

Anne George was a blissfully married former school teacher who made her home in Birmingham, Alabama—quite like her fictional character Patricia Anne.

Nominated for a number of awards during her writing career, including the coveted Pulitzer Prize, Anne George was a former Alabama State Poet and a regular contributor to literary publications.

She passed away in 2001 due to heart surgery complications. 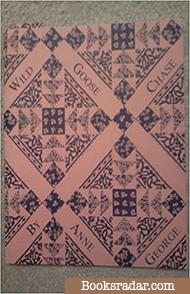 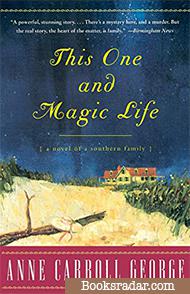 This One and Magic Life
Anthologies 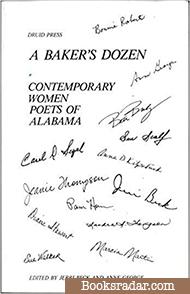 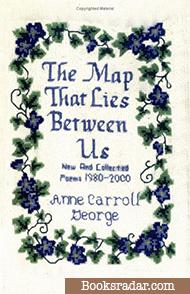 The Map That Lies Between Us
Southern Sisters 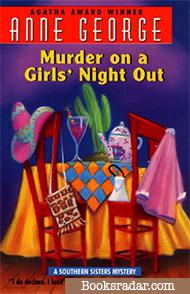 Murder on A Girls' Night Out 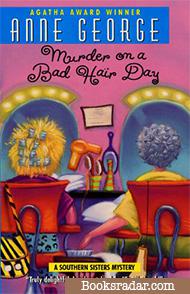 Murder on A Bad Hair Day 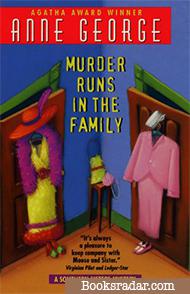 Murder Runs in the Family 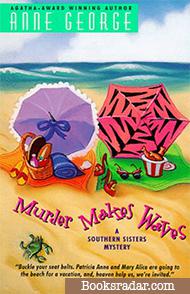 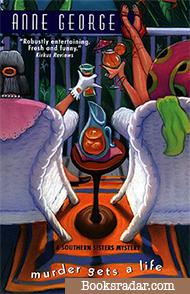 Murder Gets A Life 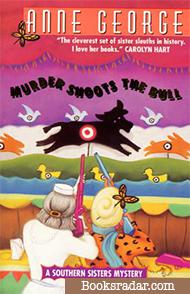 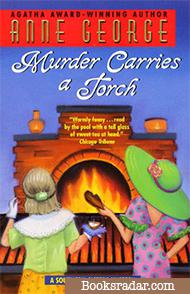 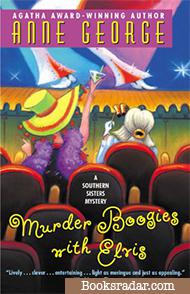 Anne George 's second published book of poetry. Anne was an Agatha Award-winner and a former Alabama State Poet. She was a cofounder of the Druid Press, and a regular contributor to literary and poetry publications.

In the deep South, where love and hatred run deep and close, dissension often summers just beneath the surface.When a family gathers for a funeral as its old homestead above the waters of Mobile Bay, it must carry out the last wish of the aunt and sister whom it has come to mourn. It is a wish that will unearth a terrible secret, one that will either tear her siblings and their offspring apart or allow them to accept buried memories, wounds , and love.

In this book, Anne Carroll George has created as brilliant portrait of a Southern family in all its glory, captured in a moment of searing intensity and lyric truth. Rich with wisdom and deep understanding this compelling saga the twentieth century -- and tells a story that is truly timeless.

A Baker's Dozen (Edited by Jerri Beck and Anne George)

Selected poems with prose introductions by twelve writers of the twentieth century and one of the twenty-first.

The Map That Lies Between Us

Buy now
Like
The Map That Lies Between Us

Anne Carroll George, one of the South's best-loved writers, has always been a poet at heart. In The Map That Lies Between Us, she shares with us the magic of the places she has been, the things she as done, and the people she has loved. Her style is simple and unpretentious, the touch of a master.

Murder on A Girls' Night Out

Buy now
Like
Murder on A Girls' Night Out

A Different Kind of Sister Act

Patricia Anne -- "Mouse" -- is respectful, respectable, and demure, a perfect example of genteel Southern womanhood. Mary Alice -- "Sister" -- is big, brassy, flamboyant, and bold. Together they have a knack for finding themselves in the center of some of Birmingham's most unfortunate unpleasantness.

Country Western is red hot these days, so overimpulsive Mary Alice thinks it makes perfect sense to buy the Skoot 'n' Boot bar -- since that's where the many-times-divorced "Sister" and her boyfriend du jour like to hang out anyway. Sensible retired schoolteacher Patricia Anne is inclined to disagree -- especially when they find a strangled and stabbed dead body dangling in the pub's wishing well.

The sheriff has some questions for Mouse and her sister Sister, who were the last people, besides the murderer, of course, to see the ill-fated victim alive.

And they had better come up with some answers soon -- because a killer with unfinished business has begun sending them some mighty threatening messages...

Buy now
Like
Murder on A Bad Hair Day

It’s hard to believe practical, petite ex-schoolteacher Patricia Anne and amiable, ample-bodied, and outrageous Mary Alice are sisters, yet sibling rivalry has survived decades of good-natured disagreement about everything from husbands to hair color.

No sooner do the Southern sisters discover a common interest in some local art, when they’re arguing the artistic merits of some well-coiffured heads at a gallery opening. A few hours later, one of those pretty ladies ends up dead—with not a hair out of place. The other shows up on Patricia Anne’s doorstep dazed, disheveled, and telling a wild tale of a narrow escape from some deadly cuts.

Now the sisters are once again combing for clues to catch a killer with a bizarre style in art—and murder.

Mary Alice has spared nothing for her only daughter's wedding -- from seventy-five yards of bridal train to gourmet food for over three hundred guests and enough glittering elegance to make Mary Alice think about finding herself a fourth rich husband to pay for it all.

Practical Patricia Anne has put away her aunt-of-the-bride blue chiffon and settled back into domesticity when fun-loving Mary Alice calls to say they have a post-wedding date with a genealogist from the groom's side of the family. Lunch is a fascinating lesson on the hazards of finding dirty linens in ancestral boudoirs that ends abruptly when their guest scurries off with the local judge, leaving the sisters with their mouths open -- and finishing their luncheon companion's cheesecake -- when the police arrive.

Their mysterious guest has taken a plunge from the ninth floor of the courthouse building -- an apparent suicide. But given the scandals a nosy genealogist might have uncovered, the sisters are betting that some proud Southern family is making sure their shameful secrets stay buried...along with anyone who tries to dig them up.

Those hilarious southern sisters, who prove that sibling rivalry never ends, are heading for a vacation at the beach. Mary Alice’s flamboyant behavior aside, serious, sensible Patricia Anne looks forward to relaxing at her sister’s beachfront condo in Destin, Florida, so she kisses her ever-loving spouse Fred good-bye, reminds him to water the plants and feed the dog, and the girls head south for some fun in the sun.

Mary Alice loses no time in making the acquaintance of just about everyone in sight, so watching the sun go down on the beautiful shores of the Gulf of Mexico is a welcome respite as far as Patricia Anne is concerned…until a dead body washes up in the waves and the victim turns out to be one of Mary Alice’s newfound friends.

With no witnesses to the crime except a few great blue herons, the sisters have no choice but to bypass the clueless police and follow their own instincts to find the killer.

Before long they’re on a murky trail of dirty real-estate deals, giant turtle habitats, and a sea of evidence pointing to a mammoth motive for murder.

Patricia Anne can’t imagine why Mary Alice is in such an uproar over her boy marrying sweet little Sunshine Dabbs. Ray found the Barbie doll lookalike on a trip to Bora Bora and Mary Alice is sure her new daughter-in-law is just after Ray’s money. The marriage is a done deal, but it’s only proper to pay a call on the family and see how bad things really are.

The sisters bump down a dirt road to the family’s trailer park compound, weave their way through a landmine of junk, washing machines, and attack dogs, and follow Sunshine’s grandmother, matriarch Meemaw into her cozy trailer.

But when the sisters fall over a body on the floor—with Meemaw’s best hog butchering knife in his chest—Meemaw is just shocked to pieces and things get a bit hectic.

And, once again, the sisters are right in the thick of a cockeyed world of strange and bizarre events, helping out the good-old-boy sheriff who hasn’t got a clue…unless the sisters put their heads together and point his nose in the right direction.

Patricia Anne would swear that either she or her sister Mary Alice were switched at birth, except they were both born at home. Flashy, flirtatious Mary Alice is one foot taller, twice the body weight of Patricia Anne, and three times as likely to do something completely off the wall. But now Mary Alice’s impulsive behavior has landed them both in the Birmingham jail!

It all begins with a call from their good friend Mitzi Phizer, who’s starting an investment club—kind of a Beardstown Ladies group. Patricia Anne is willing to make a small, conservative investment in a thriving chain of HMOs; Mary Alice is hot to trot to put her money on Viagra.

But before the club idea gets off the ground, the sisters spot Mitzi’s supposedly faithful husband in a chummy little huddle with a redhead—and the next thing they know, Arthur is accused of murdering the mystery woman.

Nothing about the whole sordid story fits the kind, gently Arthur, and Patricia Anne is doing her best to console her good friends. But when their house catches on fire, and Arthur is shot in a place that won’t allow him to even sit down at his own murder trial, the sisters know they have to stand up for the poor fellow.

nd that means checking out everyone—from low-down cads to highbrow bank presidents—to find a no good gun-toting arsonist who believes big money is to kill for.

Though unalike as snowflakes, sisters Patricia Anne and Mary Alice share a sympathetic heart for their distraught cousin Luke -- known affectionately in his boyhood as "Pukey Lukey," because of his penchant for getting sick in moving vehicles.

Luke is desperate to hunt down Virginia, his wife of forty years, who has run off with a housepainter/snake-handling preacher named "Monk." And the sisters have graciously agreed to accompany their stricken kinsman on his search...in Luke's car, of course.

But, while practical "Mouse" and flamboyant "Sister" are unable to find their runaway cousin-in-law among the asp-loving faithful on Chandler Mountain, they do manage to stumble upon the corpse of a pretty young redhead who was prematurely sent to her eternal reward.

And before you can say "anaconda," they are hot on the serpentine trail of a killer who'd like nothing better than to sink a pair of poisonous fangs into two meddling Southern sisters!

The Southland's most mismatched set of siblings -- flamboyant Mary Alice and prim and proper Patricia Anne -- are back and ready to boogie in a King-sized story of hip-shaking mayhem and murder most tacky.

At an age when most women are slowing down, oversized, over-the-top Mary Alice a.k.a. "Sister" -- is always on the lookout for the next good time...and the next husband. Now Sheriff Virgil Stuckey is in line to become Sister's Mister Number Four, which has practical Patricia Anne's level head filling to the brim with a million and one prewedding details. But first there is another important occasion the sisters are looking forward to attending: a gala benefit to raise money for restoring one of Birmingham's unnatural wonders, a towering metal monument to the god Vulcan lately fallen into disrepair.

The grand finale is thirty sequined Elvis impersonators high kicking in unison. Enjoying the show from the front row, Patricia Anne and Mary Alice are in the line of fire when one of the dancing Kings keels over dead right into the bandstand. It seems this Elvis clone, one Griffin Mooncloth, has not only left the building...he's left this life!

At first the sisters figure that the cause of death was a massive heart attack induced by one too many pelvic gyrations. But the unfortunate Mooncloth's very dramatic demise is soon discovered to be the result of a switchblade knife plunged into his back. The plot thickens when the murder weapon is discovered in Patricia Anne's very sensible purse. The perennially law-abiding "Mouse" is understandably all shook up -- and mortified to find herself the prime suspect in this bizarre case of Elvis elimination.

And with Mary Alice's well-coiffed head in a sunflower-yellow-and-magenta cloud over her impending nuptials, Patricia Anne's the one who will have to get herself out of very hot water indeed