Victoria is represented by Frances Black of Literary Counsel, NY, NY, and is a member of Mystery Writers of America and Sisters in Crime. 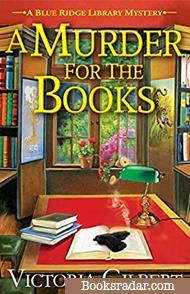 A Murder for the Books 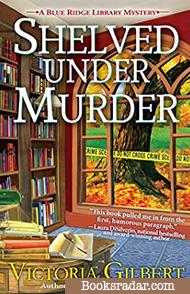 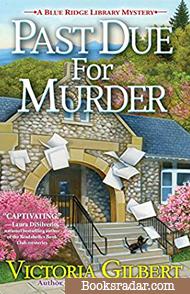 Past Due for Murder 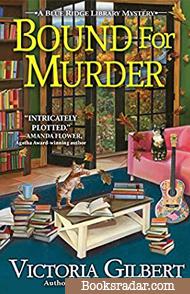 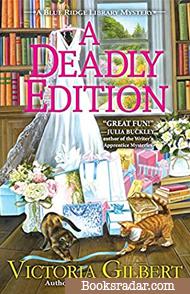 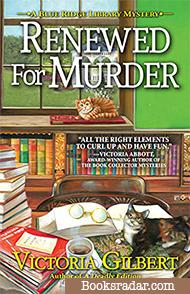 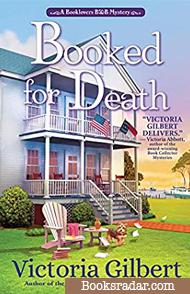 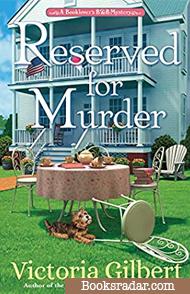 Reserved for Murder
Mirror of Immortality 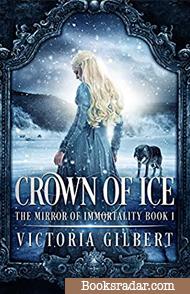 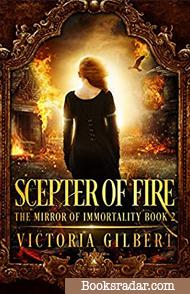 A Murder for the Books

Fleeing a disastrous love affair, university librarian Amy Webber moves in with her aunt in a quiet, historic mountain town in Virginia. She quickly busies herself with managing a charming public library that requires all her attention with its severe lack of funds and overabundance of eccentric patrons. The last thing she needs is a new, available neighbor whose charm lures her into trouble.

Dancer-turned-teacher and choreographer Richard Muir inherited the farmhouse next door from his great-uncle, Paul Dassin. But town folklore claims the house’s original owner was poisoned by his wife, who was an outsider. It quickly became water under the bridge, until she vanished after her sensational 1925 murder trial. Determined to clear the name of the woman his great-uncle loved, Richard implores Amy to help him investigate the case. Amy is skeptical until their research raises questions about the culpability of the town’s leading families... including her own.

October in Taylorsford, Virginia means it’s leaf peeping season, with bright colorful foliage and a delightful fresh crew of tourists attending the annual Heritage Festival which celebrates local history and arts and crafts. Library director Amy Webber, though, is slightly dreading having to spend two days running a yard sale fundraiser for her library. But during these preparations, when she and her assistant Sunny stumble across a dead body, Amy finds a real reason to be worried.

The body belonged to a renowned artist who was murdered with her own pallet knife. A search of the artist’s studio uncovers a cache of forged paintings, and when the sheriff’s chief deputy Brad Tucker realizes Amy is skilled in art history research, she’s recruited to aid the investigation. It doesn’t seem to be an easy task, but when the state’s art expert uncovers a possible connection between Amy’s deceased uncle and the murder case, Amy must champion her Aunt Lydia to clear her late husband’s name.

Spring has sprung in quaint Taylorsford, Virginia, and the mayor has revived the town’s long-defunct May Day celebration to boost tourism. As part of the festivities, library director Amy Webber is helping to organize a research project and presentation by a local folklore expert. All seems well at first—but spring takes on a sudden chill when a university student inexplicably vanishes during a bonfire.

The local police cast a wide net to find the missing woman, but in a shocking turn of events, Amy’s swoon-worthy neighbor Richard Muir becomes a person of interest in the case. Not only is Richard the woman’s dance instructor, he also doesn’t have an alibi for the night the student vanished—or at least not one he’ll divulge, even to Amy.

Taylorsford Public Library director Amy Webber's friend "Sunny" Fields is running for mayor. But nothing puts a damper on a campaign like an actual skeleton in a candidate's closet. Sunny's grandparents ran a commune back in the 1960s on their organic farm. But these former hippies face criminal charges when human remains are found in their fields--and a forensic examination reveals that the death was neither natural nor accidental.

With Sunny's mayoral hopes fading, Amy sets her wedding plans aside, says "not yet" to the dress, and uses her research skills to clear her best friend's family. Any of the now-elderly commune members could have been the culprit. As former hippies perish one by one, Amy and her friends Richard, Aunt Lydia, and Hugh Chen pursue every lead. But if Amy can't find whoever killed these "flower children," someone may soon be placing flowers on her grave.

Planning a wedding can be murder--sometimes literally. At a party celebrating their upcoming nuptials, Taylorsford, Virginia library director Amy Webber and her fiancé Richard Muir discover the body of art dealer Oscar Selvaggio--a bitter rival of their host, Kurt Kendrick.

Both had been in a heated battle to purchase a rare illustrated volume created by William Morris's Kelmscott Press, so suspicion immediately falls upon Kurt. Amy knows that Kurt has a closet-full of skeletons from his past--but she can't believe he's guilty of murder.

Amidst an avalanche of wedding preparations, Amy begins an investigation with the help of her aunt Lydia Talbot and the new mayor of Taylorsford, Sunshine "Sunny" Fields. Much to Lydia's

dismay, her boyfriend, art expert Hugh Chen, becomes convinced of Kurt's guilt and launches an investigation of his own. As the case hits painfully close to home, the stakes become impossibly high--and the danger all too real.

August in Taylorsford, Virginia finds library director Amy Webber and her new husband, dancer Richard Muir, settling into married life--and a new project. Richard and his dance partner, Karla, are choreographing a suite based on folk music and folk tales, while Amy scours the library's resources to supply background information on the dance's source material. But the mellifluous music comes to a jarring halt when an unknown woman's body turns up in Zelda Shoemaker's backyard gazebo.

Chief Deputy Brad Tucker puts Zelda at the top of his suspect list, thanks to a blackmail letter he finds in the dead woman's pocket. Zelda's best friend, Amy's aunt Lydia Talbot, begs Amy to use her research skills to clear Zelda's name. But the task is confounded by Zelda's very out-of-character refusal to reveal why the victim might have blackmailed her.

Complicating matters further, Amy unearths records of a long-ago tragedy that casts doubt on Zelda's innocence. She enlists hubby Richard, Aunt Lydia, art dealer Kurt Kendrick, Mayor Sunny Fields, and sundry other quirky townsfolk in a quest to exonerate Zelda. But will revealing the truth end up forcing Zelda to spend the rest of her life behind bars?

Meanwhile, the killer is still out there. Amy had better be fleet on her feet, because death is on her dance card, and her number may be up.

Nestled in the historic waterfront town of Beaufort, North Carolina, Chapters Bed-and-Breakfast is a reader's paradise. Built in 1770, the newly renovated inn hosts a roster of special events celebrating books, genres, and authors. It's the perfect literary retreat--until a rare book dealer turns up dead in the carriage house during a celebration of Golden Age mystery author Josephine Tey.

The victim's daughter points the finger at forty-two-year-old widow and former schoolteacher Charlotte Reed, who inherited the B&B from her great-aunt Isabella. Charlotte is shocked to discover that the book dealer suspected Isabella of being a thief who founded Chapters on her ill-gotten gains. Charlotte has successfully learned the B&B business in a year, but nothing has prepared her to handle a death on the premises.

Armed with intelligence and courage and assisted by her vibrant older neighbor, a visiting author, and members of a local book club, Charlotte is determined to prove her innocence and to clear her great-aunt's name. But the murderer is still at large, and equally determined to silence anyone who might discover the truth behind the book dealer's death. Now, Charlotte must outwit an unknown killer--or end up writing her own final chapter.

Beaufort, North Carolina, is home to Chapters Bed and Breakfast, owned and operated by former schoolteacher Charlotte Reed. This historic 18th-century inn draws in voracious readers from far and wide with its lovingly curated special events celebrating a host of genres and authors.

On this sunny July weekend, a visit by one of the biggest names in romantic fantasy attracts throngs of admirers to the quaint coastal village. That's not ideal, as the author retreated to Chapters to get away from it all for a while. No matter--she'll appease her fans with a "Tea and Talk" meet-and-greet at the B&B celebrating her bestselling series (starring a devilishly dashing, time-traveling pirate), follow that up with a quick book signing at Bookwaves, the hip indie bookstore across town, and spend the remainder of the weekend in delightful repose.

But when the president of the reclusive writer's fan club is found dead in the harbor by the Beaufort docks--done in by a blunt-force blow to the head--it's up to Charlotte Reed, her neighbor Ellen, and Ellen's trusty Yorkshire terrier to sniff out the killer. Because if they can't, a spectacularly successful book series--and its author--may come to a sudden, lethal conclusion.

Armed with magic granted by a ruthless wizard, Thyra schemes to survive with her mind and body intact. She kidnaps local boy Kai Thorsen, whose mathematical skills rival her own. Two logical minds, Thyra calculates, are better than one. With time melting away she needs all the help she can steal.

Thyra's willing to do anything – venture into uncharted lands, outwit sorcerers, or battle enchanted beasts – to reconstruct the mirror, yet her most dangerous adversary lies within her breast. Touched by the warmth of a wolf pup's devotion and the fire of a young man's love, the thawing of Thyra's frozen heart could prove her ultimate undoing.

Ridiculed by the young men of her village, Varna vows she’ll become the finest healer in the land. The skills she’s learned from her ancient mentor prove vital when she encounters Erik Stahl, a young soldier who deserted the battlefield to carry an injured friend to safety. Aided by her sister Gerda, she cares for the soldiers in secret.

When betrayal catapults the four young people into life on the run, Varna encounters her former mentor—now revealed as the sorcerer, Sten Rask. Seeking an enchanted mirror that offers unlimited power, Rask appears determined to seduce Varna to his side.

To protect their country, Varna and her companions form an alliance with a former Snow Queen, a scholar, and an enchantress. But when Rask tempts her with beauty and power, Varna’s heart becomes a battlefield. Caught between loyalty to her companions and a man whose kisses ignite a fire on her lips, Varna must choose—embrace her own desires, or fight for a society that’s always spurned her.