A graduate of Wellesley College in Wellesley, Massachusetts, where she majored in history, Jasmine worked in Washington D.C. for two years before joining Stanford Law School.

She then went on to work in a Federal District Court in San Francisco and later, a law firm, before focusing on her career in fiction writing.

A native of California and a regular book contributor on The Today Show, Jasmine currently makes her home in Oakland, California. 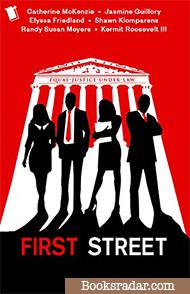 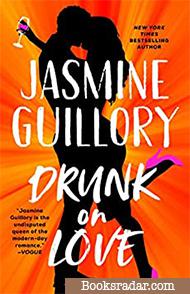 Drunk on Love
Meant to Be 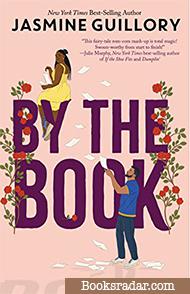 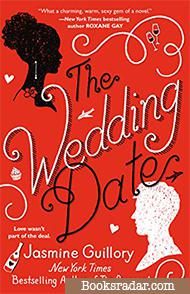 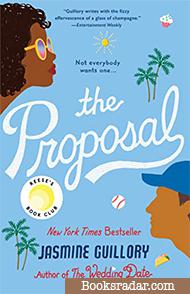 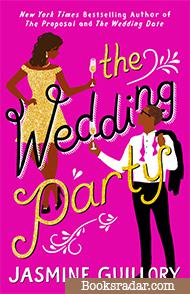 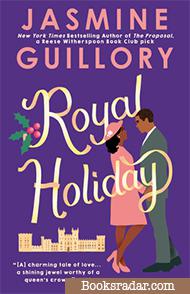 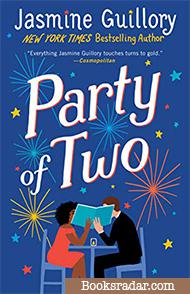 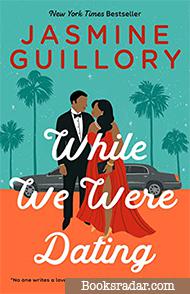 While We Were Dating

As four young clerks dive headfirst into the world of the Supreme Court, they’re forced to face the high-pressure decisions and shocking secrets that could make or break their careers.

Over their year as clerks, four recent law school graduates will influence the way our biggest issues of today––from the death penalty to voting rights––are settled, all while navigating love, life, and what justice means to them.

But this isn’t just a tale of ideas and debate. It’s the vibrant, fun, and sexy story of these young individuals and how the work they do will affect their own choices, relationships, and the future of our country—along with their own lives. This is ripped-from-the-headlines storytelling, equal parts coming-of-age and political intrigue; it’s a page-turner that doesn’t shy away from hot-button issues. Join Charlotte, Gabriel, Odessa, and Jack as they learn that justice doesn’t always mean playing fair.

Margot Noble needs some relief from the stress of running the family winery with her brother. Enter Luke: sexy, charming, and best of all in the too-small world of Napa, a stranger. The chemistry between them is undeniable, and Margot is delighted that she lucked into the perfect one-night stand she’ll never have to see again. That is, until the winery’s newest hire, Luke, walks in the next morning.

Margot is determined to keep things purely professional, but when their every interaction reminds her of the attraction still bubbling between them, it proves to be much more challenging than she expects.

Luke Williams had it all, but when he quits his high-salary tech job in Silicon Valley in a blaze of burnout and moves back to Napa to help a friend, he realizes he doesn’t want to tell the world—or his mom—why he’s now working at a winery. His mom loves bragging about her successful son—how can he admit that the job she’s so proud of broke him?

Luke has no idea what is next for him, but one thing is certain: he wants more from the incredibly smart and sexy woman he hooked up with—even after he learns she’s his new boss. But even if they can find a way to be together that wouldn’t be an ethical nightmare, would such a successful woman really want a tech-world dropout?

Set against a lush backdrop of Napa Valley wine country, nothing goes to your head as fast as a taste of love—even if it means changing all your plans.

By the Book (Book Two)

Sometimes to truly know a person, you have to read between the lines.

Isabelle is completely lost. When she first began her career in publishing after college, she did not expect to be twenty-five, still living at home, and one of the few Black employees at her publishing house.

Overworked and underpaid, constantly torn between speaking up or stifling herself, Izzy thinks there must be more to this publishing life. So when she overhears her boss complaining about a beastly high-profile author who has failed to deliver his long-awaited manuscript, Isabelle sees an opportunity to finally get the promotion she deserves.

All she has to do is go to the author’s Santa Barbara mansion and give him a pep talk or three. How hard could it be?

But Izzy quickly finds out she is in over her head. Beau Towers is not some celebrity lightweight writing a tell-all memoir. He is jaded and withdrawn and―it turns out―just as lost as Izzy. But despite his standoffishness, Izzy needs Beau to deliver, and with her encouragement, his story begins to spill onto the page. They soon discover they have more in common than either of them expected, and as their deadline nears, Izzy and Beau begin to realize there may be something there that wasn’t there before.

Agreeing to go to a wedding with a guy she gets stuck with in an elevator is something Alexa Monroe wouldn't normally do. But there's something about Drew Nichols that's too hard to resist.

On the eve of his ex's wedding festivities, Drew is minus a plus one. Until a power outage strands him with the perfect candidate for a fake girlfriend....

After Alexa and Drew have more fun than they ever thought possible, Drew has to fly back to Los Angeles and his job as a pediatric surgeon, and Alexa heads home to Berkeley, where she's the mayor's chief of staff. Too bad they can't stop thinking about the other....

They're just two high-powered professionals on a collision course toward the long distance dating disaster of the century--or closing the gap between what they think they need and what they truly want....

When someone asks you to spend your life with him, it shouldn't come as a surprise—or happen in front of 45,000 people.

When freelance writer Nikole Paterson goes to a Dodgers game with her actor boyfriend, his man bun, and his bros, the last thing she expects is a scoreboard proposal. Saying no isn't the hard part—they've only been dating for five months, and he can’t even spell her name correctly. The hard part is having to face a stadium full of disappointed fans...

At the game with his sister, Carlos Ibarra comes to Nik’s rescue and rushes her away from a camera crew. He’s even there for her when the video goes viral and Nik’s social media blows up—in a bad way. Nik knows that in the wilds of LA, a handsome doctor like Carlos can't be looking for anything serious, so she embarks on an epic rebound with him, filled with food, fun, and fantastic sex. But when their glorified hookups start breaking the rules, one of them has to be smart enough to put on the brakes...

Maddie and Theo have two things in common:

1. Alexa is their best friend

2. They hate each other

After an “oops, we made a mistake” night together, neither one can stop thinking about the other. With Alexa's wedding rapidly approaching, Maddie and Theo both share bridal party responsibilities that require more interaction with each other than they're comfortable with.

Underneath the sharp barbs they toss at each other is a simmering attraction that won't fade. It builds until they find themselves sneaking off together to release some tension when Alexa isn't looking, agreeing they would end it once the wedding is over. When it’s suddenly pushed up and they only have a few months left of secret rendezvouses, they find themselves regretting that the end is near. Two people this different can’t possibly have a connection other than the purely physical, right?

But as with any engagement with a nemesis, there are unspoken rules that must be abided by. First and foremost, don't fall in love.

Vivian Forest has been out of the country a grand total of one time, so when she gets the chance to tag along on her daughter Maddie’s work trip to England to style a royal family member, she can’t refuse. She’s excited to spend the holidays taking in the magnificent British sights, but what she doesn’t expect is to become instantly attracted to a certain private secretary, his charming accent, and unyielding formality.

Malcolm Hudson has worked for the Queen for years and has never given a personal, private tour—until now. He is intrigued by Vivian the moment he meets her and finds himself making excuses just to spend time with her. When flirtatious banter turns into a kiss under the mistletoe, things snowball into a full-on fling.

Despite a ticking timer on their holiday romance, they are completely fine with ending their short, steamy affair come New Year’s Day...or are they?

Dating is the last thing on Olivia Monroe’s mind when she moves to LA to start her own law firm. But when she meets a gorgeous man at a hotel bar and they spend the entire night flirting, she discovers too late that he is none other than hotshot junior senator Max Powell. Olivia has zero interest in dating a politician, but when a cake arrives at her office with the cutest message, she can’t resist—it is chocolate cake, after all.

Olivia is surprised to find that Max is sweet, funny, and noble—not just some privileged white politician, as she assumed him to be. Because of Max’s high-profile job, they start seeing each other secretly, which leads to clandestine dates and silly disguises.

But when they finally go public, the intense media scrutiny means people are now digging up her rocky past and criticizing her job, even her suitability as a trophy girlfriend. Olivia knows what she has with Max is something special, but is it strong enough to survive the heat of the spotlight?

Ben Stephens has never bothered with serious relationships. He has plenty of casual dates to keep him busy, family drama he’s trying to ignore and his advertising job to focus on. When Ben lands a huge ad campaign featuring movie star, Anna Gardiner, however, it’s hard to keep it purely professional. Anna is not just gorgeous and sexy, she’s also down to earth and considerate, and he can’t help flirting a little…

Anna Gardiner is on a mission: to make herself a household name, and this ad campaign will be a great distraction while she waits to hear if she’s booked her next movie. However, she didn’t expect Ben Stephens to be her biggest distraction. She knows mixing business with pleasure never works out, but why not indulge in a harmless flirtation?

But their light-hearted banter takes a turn for the serious when Ben helps Anna in a family emergency, and they reveal truths about themselves to each other, truths they’ve barely shared with those closest to them.

When the opportunity comes to turn their real-life fling into something more for the Hollywood spotlight, will Ben be content to play the background role in Anna’s life and leave when the cameras stop rolling? Or could he be the leading man she needs to craft their own Hollywood ending?