John Hart was born and raised in Durham, North Carolina. He studied French Literature at Davidson College, then Accounting and finally Law. He then worked as a bank clerk, stockbroker in Wall Street, lawyer and bartender in London. In between he also did very bizarre things like sandblasting teak ships on the coast, and working on helicopters in Alaska. Finally, he gave up everything to realize his dream: writing a book. For a full year, he isolated himself to write, and the result was The King of Lies, his first thriller published in 2006.

He received an Edgar Allan Poe Award for both his second and third thrillers (Down River from 2007 and The Last Child from 2009), making Hart the only author ever to win an Edgar for two consecutive books. He also won a Barry Award, a SIBA Book Award, and an Ian Fleming Steel Dagger. 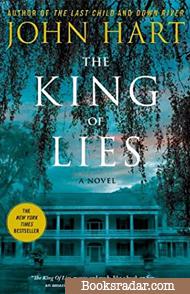 The King of Lies 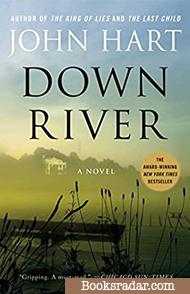 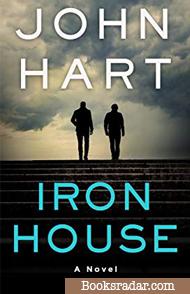 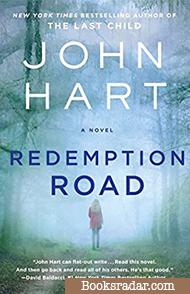 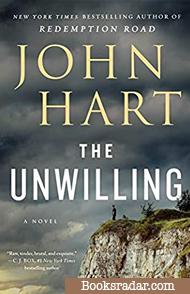 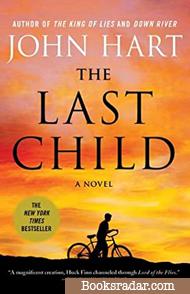 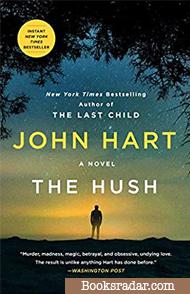 The King of Lies

Jackson Workman Pickens - 'Work' to his friends - an unambitious lawyer in a small Southern town, has some serious baggage. His mother died a year ago from a 'fall' down the family's colonial staircase and his father, Ezra, has been missing ever since. Work is left to deal with his psychologically damaged sister, his father's legal caseload and his own rocky marriage. Power and greed bring many enemies, especially for a man as cruel as Ezra Pickens, so when his body turns up pretty much everyone in town is a suspect - but only one man is charged with the murder! With time, his wife and public opinion against him, Work embarks on his toughest case yet: proving his own innocence. His investigation will uncover a web of intrigue he could never have imagined - and he soon realises that no one is above suspicion - even those he loves most.

Adam Chase has a violent streak, and not without reason. As a boy, he saw things that no child should see, suffered wounds that cut to the core and scarred thin. The trauma left him passionate and misunderstood---a fighter. After being narrowly acquitted of a murder charge, Adam is hounded out of the only home he's ever known, exiled for a sin he did not commit. For five long years he disappears, fades into the faceless gray of New York City. Now he's back and nobody knows why, not his family or the cops, not the enemies he left behind.

But Adam has his reasons.

Within hours of his return, he is beaten and accosted, confronted by his family and the women he still holds dear. No one knows what to make of Adam's return, but when bodies start turning up, the small town rises against him and Adam again finds himself embroiled in the fight of his life, not just to prove his own innocence, but to reclaim the only life he's ever wanted.

Two brothers must confront their past, one a mafia hitman the other a budding senator, which has set them on very different paths...

A dark, atmospheric thriller with a plot that will keep you guessing until the last moment.

Elizabeth Black is a hero. She is a cop who single-handedly rescued a young girl from a locked cellar and shot two brutal kidnappers dead. But she's also a cop with a history, a woman with a secret. And she's not the only one.

Adrian Wall is finally free after thirteen years of torture and abuse. In the very first room he walks into, a boy with a gun is waiting to avenge the death of his mother. But that is the least of Adrian's problems.

He was safer in prison.

And deep in the forest, on the altar of an abandoned church, a body cools in pale linen. It is not the first to be found.

Gibby's older brothers have already been to war. One died there. The other came back misunderstood and hard, a decorated killer now freshly released from a three-year stint in prison.

Jason won't speak of the war or of his time behind bars, but he wants a relationship with the younger brother he hasn't known for years. Determined to make that connection, he coaxes Gibby into a day at the lake: long hours of sunshine and whisky and older women.

But the day turns ugly when the four encounter a prison transfer bus on a stretch of empty road. Beautiful but drunk, one of the women taunts the prisoners, leading to a riot on the bus. The woman finds it funny in the moment, but is savagely murdered soon after.

Given his violent history, suspicion turns first to Jason; but when the second woman is kidnapped, the police suspect Gibby, too. Determined to prove Jason innocent, Gibby must avoid the cops and dive deep into his brother's hidden life, a dark world of heroin, guns and outlaw motorcycle gangs.

What he discovers there is a truth more disturbing than he could have imagined: not just the identity of the killer and the reasons for Tyra's murder, but the forces that shaped his brother in Vietnam, the reason he was framed, and why the most dangerous man alive wants him back in prison.

Thirteen year-old Johnny Merrimon had the perfect life: happy parents and a twin sister that meant the world to him. But Alyssa went missing a year ago, stolen off the side of a lonely street with only one witness to the crime. His family shattered, his sister presumed dead, Johnny risks everything to explore the dark side of his hometown in a last, desperate search. What he finds is a city with an underbelly far blacker than anyone could've imagined - and somewhere in the depths of it all, with the help of his only friend and a giant of a man with his own strange past, Johnny, at last, finds the terrible truth.

It’s been ten years since the events that changed Johnny Merrimon’s life and rocked his hometown to the core. Since then, Johnny has fought to maintain his privacy, but books have been written of his exploits; the fascination remains. Living alone on six thousand acres of once-sacred land, Johnny’s only connection to normal life is his old friend, Jack. They’re not boys anymore, but the bonds remain. What they shared. What they lost.

But Jack sees danger in the wild places Johnny calls home; he senses darkness and hunger, an intractable intent. Johnny will discuss none of it, but there are the things he knows, the things he can do. A lesser friend might accept such abilities as a gift, but Jack has felt what moves in the swamp: the cold of it, the unspeakable fear.