A journalism graduate from the University of North Carolina, Chapel Hill, she also holds an English Masters from East Carolina University.

Her work has appeared on several publications and websites such as Southern Living, USA Today, Traditional Home, Domino, Parade, Our State and O. Henry.

She currently lives in North Carolina with her husband and son. 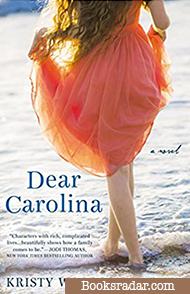 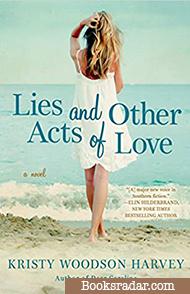 Lies and Other Acts of Love 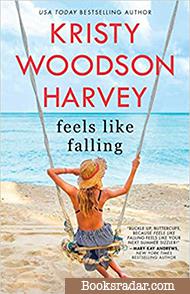 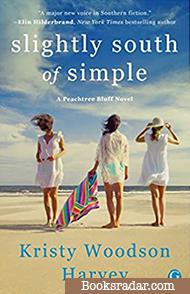 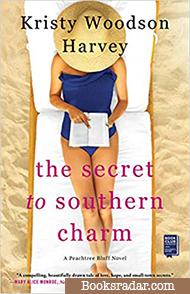 The Secret to Southern Charm 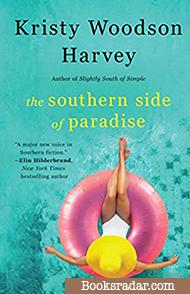 The Southern Side of Paradise

A flourishing career as an interior design, a devoted husband and son, and beautiful homes in North Carolina and Manhattan: Frances “Khaki” Mason has the perfect life.

The only thing that would make the seemingly perfect life even better would be a second child.

Returning from rehab, Jodi, her husband’s nineteen-year-old cousin, is pregnant and by herself.

Despite the fact that the two women are as different as can be, they strike up a friendship that will last for a lifetime.

Although Khaki is there for her friend, Jodi has a hard time becoming the kind of mother that her daughter needs.

And as time goes by, she will present Khaki with the biggest of requests.

Lies and Other Acts of Love

Buy now
1
Lies and Other Acts of Love

Everyone has their own little white lies. Nobody knows this more than Lynn “Lovey” White, who has been married for sixty years and had five daughters.

Annabelle, her granddaughter, is however the honest type.

She is used to toeing the line and playing by the rules, until the day that she unexpectedly breaks up with her wealthy fiancé and ties the knot with a musician that she barely knows.

Annabelle considers her actions justifiable, considering how her grandparents lived a lengthy and happy life after falling in love at first sight.

But as everything around her begins imploding, Annabelle learns that her family isn’t as perfect as she thinks.

Gray Howard is having a terrible summer.

On top of losing her mother to cancer, she has also lost her sister to her extremist husband, and her own husband to his colleague.

Things get worse when she accidentally gets Diana fired.

Diana Harrington is having a terrible summer.

Right before she got fired, she ended her relationship with her boyfriend and stormed out of their house; with an old Impala being her new bed.

Good thing Gray is willing to host her as a way of making amends for accidentally getting her fired.

As the two women grow fond of each other, they’ll discover than past decisions can affect future happiness.

Caroline Murphy vowed to never return to her hometown of Peachtree Bluff.

A certified New York girl, she was forced by Ansley, her mother, to return to the dreadful place after the demise of her father.

With her marriage to a wealthy New Yorker now down the drain, a pregnant Caroline and her young daughter move to her hometown.

Ansley always prioritized her children over everything else, more so after discovering that her deceased husband left her with virtually no inheritance.

Now an accomplished businesswoman, Ansley welcomes back her daughter.

Thing however change her remaining two daughters return to live with her.

Will the family still stay together after an old secret resurfaces?

The Secret to Southern Charm

Sloane’s life turns upside down after she receives devastating news about her husband who is in the army. Even worse is that he doesn’t have the strength to look after their children.

Ansley, her mother, is however there for her.

But as she juggles between taking care of her elderly mother, her daughters, and grandchildren, Ansley’s can’t help but worry about old secrets which may be unveiled.

When Caroline and Emerson, Sloane’s sisters, offer her the support she needs, Sloane finds the strength to not only chase after her dreams, but also confront her biggest fears.

In the process, Ansley also discovers that she can actually have everything she has ever wanted.

The Southern Side of Paradise

Ansley should be happy, given that the love of her life is back, and all her three daughters are doing great. Yet for some strange reason, it all seems too good to believe.

Emerson, her youngest daughter who happens to be an actress, is not only getting married, but has also received a once in a lifetime career opportunity. She should be happy, yet for some strange reason, she can’t help but be worried.

Everything begins making sense when two women, who could destroy Ansley and Emerson, show up in Peachtree Bluff.

With shocking revelations exposed, the relationship between the Murphy sisters and their mother will face the ultimate test.