He is best known for writing the McCabe and Savage thriller series, which has sold more than half a million copies.

Born in New York, just like his fictional character McCabe, James graduated from Brown University before working for a huge New York ad agency, where he rose to become creative director.

After three decades in the ad business, James moved to Portland, Maine a month before the 9/11 attacks, as he sought to find a befitting place to start his career in fiction writing.

After nearly two years of writing, James finally finished The Cutting, the first book in the McCabe and Savage thriller series, which was published in (2009).

He hasn't looked back since, and has added five more books to the series.

James, who has a soft spot for good Scotch whiskey, old movie trivia and the New York Giants, lives with his beloved wife, Jeanne, in Portland. 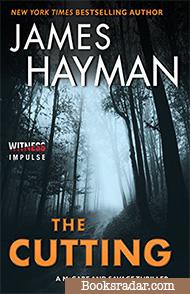 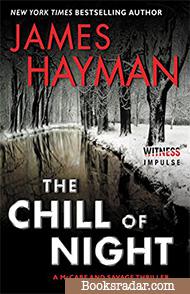 The Chill of Night 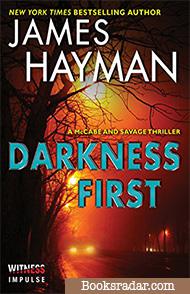 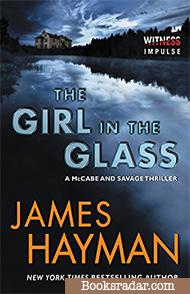 The Girl in the Glass The Girl on the Bridge 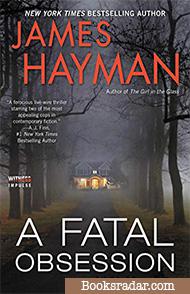 Someone is stealing the hearts of beautiful women...

Detective Mike McCabe moved from a top homicide job with the NYPD to Portland, Maine to leave his failed marriage and suspicions of wrongdoing behind, and to find a more peaceful life for himself and his 13 year old daughter.

But the small New England city is not nearly as safe as he thought.

On a warm September night, a missing high-school athlete is found dead in a scrap metal yard, her heart removed from her body with surgical precision. As outrage over the killing spreads, a young business woman disappears while out on a morning jog.

McCabe is certain both crimes are the work of one man—a murderer skilled in cardiac surgery who is using his scalpel to target young women. With the clock ticking, McCabe and his partner Maggie Savage find themselves in a desperate race against time to find and rescue the missing woman before she becomes the next victim of the sadistic killer's blade.

Strange voices that aren't there.

One cold night, Lainie Goff, a glamorous young attorney on the fast track to a partnership at Portland's top firm, is found frozen in the trunk of her BMW on the local fishing pier.

Detectives Mike McCabe and Maggie Savage quickly uncover a long list of suspects: Lainie's boss, who was also her lover; an ex-priest who runs a shelter for runaway teens; an abusive stepfather who raped Lainie as a teen; and a creepy landlord who seems to know more than he should about her private life.

Still, there is no hard evidence until a mentally ill young woman who hears voices gives an island cop an eyewitness account he doesn't take seriously.

But when she too disappears, McCabe and Savage find themselves in a desperate race against time to stop a vicious killer before he rids himself of the only person who knows who he is.

The mutilated body of a young woman. The town doctor lying comatose in the road. A hundred and fifty tablets of Canadian OxyContin. This is the havoc that a merciless killer has wreaked on a sleepy Maine seaport.

As detectives Maggie Savage and Michael McCabe investigate, they realize the man they are after does not exist. Nobody knows his real name. Nobody has seen his face. But everybody fears his blade.

The only one who may know the murderer's true identity is an eleven-year-old girl—who has vanished into thin air.

Aimée Garnier Whitby, a beautiful French artist and wife of one of Maine's richest and most powerful men, is found near death on the Whitby family's private summer island, the letter "A" mysteriously carved into her chest.

Veronica Aimée Whitby, the eighteen-year-old descendant and virtual double of the first Aimée, becomes the victim of a near perfect copycat murder. With another beautiful, promising young Whitby woman slain, the media begin to swarm and pressure builds for Mike McCabe and Maggie Savage to bring the killer quickly to justice. But the key to solving Aimée's death just might have been buried with her beautiful ancestor.

On a freezing December night, Hannah Reindel leaps to her death from an old railway bridge into the rushing waters of the river below. Yet the real cause of death was trauma suffered twelve years earlier when Hannah was plucked from a crowd of freshman girls at a college fraternity party, drugged, and then viciously assaulted by six members of the college football team.

Those responsible have never faced or feared justice. Until now. A month after Hannah’s death, Joshua Thorne—former Holden College quarterback and now a Wall Street millionaire—is found murdered, his body bound to a bed and brutally mutilated.

When a second attacker dies in mysterious circumstances, detectives Mike McCabe and Maggie Savage know they must find the killer before more of Hannah’s attackers are executed. But they soon realize, these murders may not be simple acts of revenge, but something far more sinister.

Zoe McCabe is a beautiful young actress on the verge of stardom who has been basking in the standing ovations and rave reviews she’s been getting from critics and fans alike for her portrayal of Desdemona in an off-Broadway production of Othello. As she takes her final bows, Zoe has no idea that, seated in the audience, a man has been studying her night after night, performance after performance. A man whose carefully crafted plans are for the young actress to take a starring role in a far deadlier production he has created just for her.

Portland, Maine detectives Mike McCabe and Maggie Savage are settling into the new rhythm of their relationship when McCabe gets a late night call from his brother Bobby that Zoe, McCabe's favorite niece and Bobby’s daughter, has suddenly disappeared. The NYPD is certain Zoe abduction is the work of the man the tabloids have dubbed “The Star Struck Strangler,” a killer who has been kidnapping, abusing and finally strangling one beautiful young performer after another.

Bobby begs McCabe to return to the New York City crime beat he’d left behind so many years ago, to work his old connections, and to help find Zoe before her time runs out. The stakes for McCabe and Savage have never been higher. Or more personal. And suddenly the race is on to stop a vicious attacker, before the McCabe family is torn apart beyond repair.