Jilliane Hoffman is an American lawyer and author of suspense and legal thrillers.

A native of Long Island, she attended St. John's University in Queens, New York, where she did both her undergraduate and law degrees.

Jilliane began working as an Assistant State Attorney prosecuting felonies in Florida between 1992 and 1996, with special assignments to the Domestic Violence Unit and the Legal Extradition Unit.

She also went on to serve as the Regional Legal Advisor for the Florida Department of Law Enforcement (FDLE), where she advised more than one hundred special agents on criminal and civil matters in complicated investigations ranging from narcotics to homicide and organized crime.

Jilliane made her debut as a novelist in 2003 with Retribution, the first of the C.J. Townsend novels.

She currently resides in South Florida with her beloved husband and two lovely children. 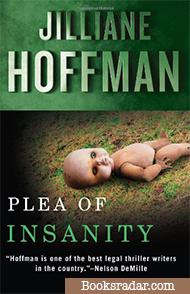 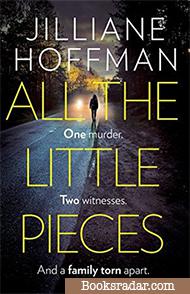 All the Little Pieces
C.J. Townsend 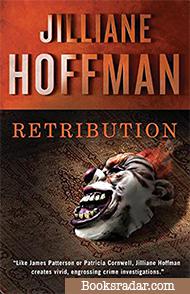 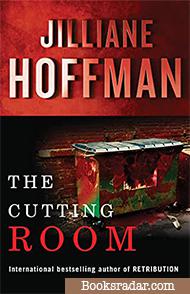 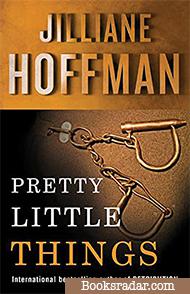 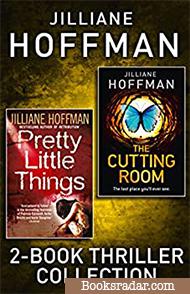 The prosecutor—Julia Vacanti. Young, ambitious, and facing a case that could launch her career. The defendant—David Marquette. A successful Miami surgeon and devoted family man. The victims—Marquette’s own wife and three small children. The plea—not guilty by reason of insanity. The perfect father and model husband, David Marquette seemingly just snapped one night. Or did he? His experienced defense team claims paranoid delusions caused by schizophrenia drove him to slaughter his entire family.

But the state suspects Marquette’s insanity defense is being fabricated to disguise murders that were cold-blooded and calculated. If convicted, Marquette faces the death penalty. If found insane, he would walk free. To bring a killer to justice, Julia will have to journey into the mind of madness herself, embarking on a terrifying journey back into her own past—something she has struggled with for fifteen years. And this will lead her to confront a future so chilling, she’s not sure she will ever be able to face it…

Faith Saunders is the perfect wife, mother, and community champion – loved and admired by all who know her. One night will change everything.

As she drives home in the pouring rain, a dishevelled young woman appears out of nowhere, pleading for help. The isolated stretch of road is dark, and with her daughter Maggie asleep in the backseat, Faith refuses to let the stranger in. What she sees next will haunt her forever.

When the missing-person posters go up, Faith’s guilt consumes her. And then it turns out Maggie wasn’t asleep that night, her perfect life begins to unravel. Maggie’s testimony leads to an arrest. But Faith is the only one who can identify a second man involved in the woman’s abduction and subsequent murder. She has one chance to convince a jury of what happened. If she fails, two killers will be set free. And they know exactly where to find Faith and her family…

C.J. Townsend is a brilliant prosecutor known for keeping her cool even when trying the most horrific cases. The latest: an accused serial killer who savors cruelty and considers murder an art. But this case is different. C.J. recognizes the suspect. She knows what he’s capable of. After all these years, she still has the nightmares to prove it. Now she’s walking the fine line between justice and revenge. Even C.J. isn’t prepared for where it will take her.

After running away from her hometown, Emily Hart has decided to return. Twenty years is a long time. And she finds that the hard way once she revisits her past once again. As she catches up with life, a new, shocking case has shocked the city.

Her high school sweetheart, a changed man, is accused of a terrible and cruel murder. And Emily is the only one who can defend him, before it’s too late…

Detective Manny Alvarez knows the body of a murdered Florida student is only the beginning―his investigation soon reveals a terrifying trend in nightclub abductions.

Hotshot Assistant State Attorney Daria DeBianchi works the case too, hoping it will be the one that makes her career. It will―but for all the wrong reasons.

Their only lead, notorious serial killer William Bantling, claims they are looking for more than one murderer. However, in exchange for the truth, he wants off death row.

C.J. Townsend, the prosecutor who put Bantling behind bars, lives under a false identity and struggles to forget the horrors of her past. However, her new life―along with everyone else’s―is about to be shattered…

Thirteen-year-old Lainey Emerson is the middle child in a home police are already familiar with: her mom works too much and her stepfather favors his own blood over another man’s problems―namely Lainey and her wild older sister.

When Lainey fails to come home from a night out with friends, her disappearance is dismissed by the Coral Springs Police Department as just another disillusioned South Florida teen running away from suburban drama and an unhappy home life.

But Florida Department of Law Enforcement Special Agent Bobby Dees, who heads up the department’s difficult Crimes Against Children squad, is not quite so sure. Nicknamed “The Shepherd” by colleagues, he has an uncanny ability to find the missing and bring them back home―dead or alive.

After a search of Lainey’s computer and a frank talk with her best friend reveal the teen was involved in a secret internet relationship, Bobby suspects she may be the victim of an online predator. And when chilling evidence of other possible victims is sent to a local Miami television station, he fears she may not be the only one.

The faceless monster from cyberspace, who has gone to remarkable lengths to stay invisible, now seeks a captive audience. And it’s Bobby Dees he wants watching. Haunted by the still-unsolved disappearance of his own teenage daughter, Bobby will find himself pulled into a deadly game of cat and mouse with the most prolific killer he’s ever encountered. But will he be able to save Lainey and the others before it’s too late?

Two terrifying psychological thrillers from the bestselling author of RETRIBUTION:

Teenage girls are going missing in Miami. And for Special Agent Bobby Dees of Florida's Crimes Against Children squad their families' pain is all too real. So when thirteen-year-old Lainey Emerson doesn't return from her date with a guy she met online, he vows to do whatever he can to bring her back.

But as the missing reappear, gruesomely murdered, it becomes clear there's a serial killer at work. It's every parent's worst nightmare and, with the murderer always one step ahead of the police, can Dees save Lainey before it's too late?

The body of a student who went missing from a Florida nightclub is found in a dumpster. A horrifying scene, but nothing compared to what she had to endure before her murder. She was drugged and tortured – all broadcast live for the twisted pleasure of a snuff club.

Detective Manny Alvarez works the homicide alongside young hotshot Assistant State Attorney Daria DeBianchi. The media spotlight shines on the accused, a privileged playboy seen leaving the club with the victim. But without cast-iron evidence, Daria and Manny must dig deeper to crack the case.

The investigation exposes a terrifying connection between numerous unsolved murders and abductions stretching across the country. Their only lead is notorious serial killer William Bantling, who knows the society’s secrets first-hand. But Bantling won’t show his hand for free – he wants off Death Row.

For Manny and Daria, the nightmare is just beginning. And the only thing more devastating than this case’s past is what lies ahead…