Cat Jordan is an author of young adult and contemporary romance novels.

During her teenage years, Cat wrote a book set in a future where there was no paper, thinking she was the next Ray Bradbury.

Although the book was everything but impressive, Cat considers herself lucky to have met Ray Bradbury twice!

It’s safe to say that her storytelling abilities have since improved.

She now writes stories inspired by her globetrotting adventures, from across the United States, to Europe, Mexico and Canada, and the people that she has met, loved, and feared—not forgetting the dogs.

Cat currently lives in Los Angeles with her dog. 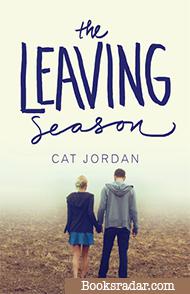 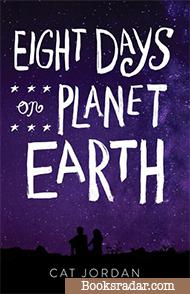 Middie Daniels calls it the leaving season: the time of year when everyone graduates high school, packs up their brand-new suitcases, and leaves home for the first time.

This year Middie's boyfriend, Nate, is the one leaving, heading to Central America for a year of volunteering after graduation. And once he returns, it'll be time for Middie to leave, too. With him. But when tragedy strikes, Middie's whole world is set spinning. No one seems to understand just how lost she is . . . except for Nate's slacker best friend, Lee. Middie and Lee have never gotten along. But with the ground ripped out from under her, Middie is finding that up is down - and that Lee Ryan might be just what she needs to find her footing once more.

Cat Jordan's heartbreaking story proves that no matter the season, no matter the obstacles, love can help you find yourself in the most unexpected of places.

How long does it take to travel twenty light years to Earth?

How long does it take to fall in love?

To the universe, eight days is a mere blip, but to Matty Jones, it may be just enough time to change his life.

On the hot summer day Matty's dad leaves for good, a strange girl suddenly appears in the empty field next to the Jones farm - the very field in rural Pennsylvania where a spaceship supposedly landed fifty years ago. She is uniquely beautiful, sweet, and smart, and she tells Matty she's waiting for her spaceship to pick her up and return her to her home planet. Of course she is.

Matty has heard a million impossible UFO stories for each of his seventeen years: the conspiracy theories, the wild rumors, the crazy belief in life beyond the stars. When he was a kid, he and his dad searched the skies and studied the constellations. But all of that is behind him. Dad's gone - but now there's Priya. She must be crazy...right?

As Matty unravels the mystery of the girl in the field, he realizes there is far more to her than he first imagined. And if he can learn to believe in what he can't see: the universe, aliens...love...then maybe the impossible is possible, after all.