Aleron is considered The Father of American LitRPG, or Literature Role Playing Game, which is a stirring new genre based on MMORPG games. It’s a genre of literature set in unique video game worlds.

His comedic fantasy opera, Chaos Seeds / The Land, has sold more than a million copies–on top of getting over 100,000 five-star reviews.

Passionate about writing the kind of stories that he would read himself, Aleron is incredibly proud of his fandom, which has contributed more than $100,000 for a number of charities over the past few years.

Twenty-seven of his ardent fans have also gotten tattoos of his artwork, whereas two babies have been named after his characters.

Lovers of his work are brought together by the words, "Through Service, Ascendance. Through Dedication, Transcendence." 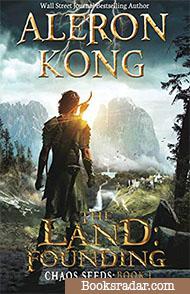 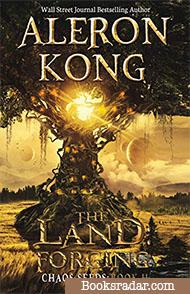 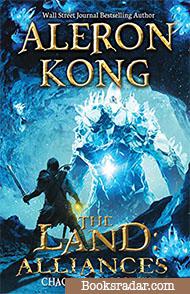 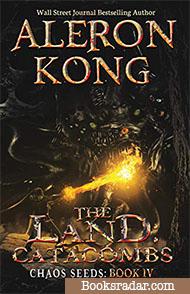 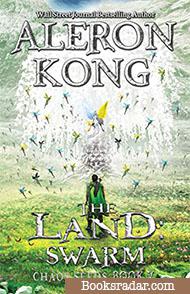 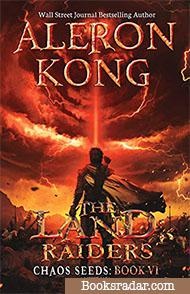 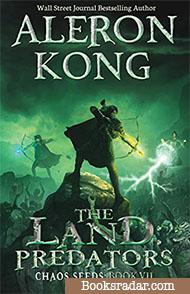 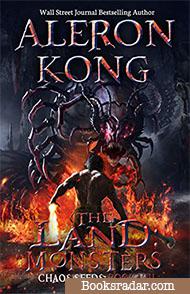 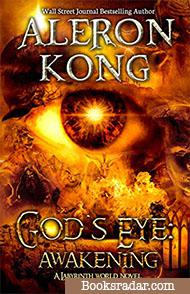 Tricked into a world of banished gods, demons, goblins, sprites and magic, Richter must learn to meet the perils of The Land and begin to forge his own kingdom. Actions have consequences across The Land, with powerful creatures and factions now hell-bent on Richter's destruction.

A tale to shake "The Land" itself, measuring 10/10 on the Richter scale, how will Richter's choices shape the future of The Land and all who reside in it? Can he grow his power to meet the deadliest of beings of the land? When choices are often a shade of grey, how will Richter ensure he does not become what he seeks to destroy?

Richter and Sion are at it again! Even more of what you loved in the first book! Leveling, world building, awesome items, and what's that you say? Sure! Why not? What's a little necrophilia between friends!?!

Join your favorite Chaos Seed as he answers the call of adventure and deals with the invaders, greedy dwarves, and a wood elf that keeps telling him he has a pretty mouth!

Welcome back my friends!

Everything is not well in The Land! Eaters, Bugbears, Evil Counts, Vicious Thieves and Carnies! (You know, circus folk... small hands.)

Yup! Richter and Sion have their work cut out for them!

Come back and see how they kick's some butt and takes some names!

"What's that you say? You want more village growth? Well be careful where you stand, because the Mist Village just took a viagra-cialis sandwich and there is a stiff breeze blowing! (I can make some more references if you're still not getting the point... did you see what I did there?"

The enemies of the Mist Village are moving, the storm clouds are gathering, what are Richter and Sion to do???

Crush the game, that's what! More of everything you love in LitRPG: Powerful items, epic battles, awesome quests and in depth world building!

What happened to Elora? Where is the swarm? Did the rock giant make Richter jelly? What are the colonel's secret spices???

Journey back into my world and find out! Come back...to The Land!

The time of hiding has passed. The Mist Village will make itself known. Goblins have invaded Richter’s lands. Though the first incursion has been defeated, the anger of Chaos Seed remains. Those who challenge Richter’s power will learn there is a reason all creatures fear the mist…it is the home of monsters.

For the first time, Richter takes the battle to his enemies. He will live up to his name, and the very Land will shake with this power. With his allies, the Wood Sprites of Nadria, the army of the Mist Village marches to war. Richter has been a healer, an enchanter, a dungeon diver, and a killer. Now he becomes something more. He becomes a RAIDER!

This is a world of wonder and horror.

This is a world of pain and joy.

This is the world of monsters…and the brave men who battle them.

Welcome back my friends!

In The Land: Predators, the Mist Village has harnessed its power. Core buildings, Professional fighters and now, their own Dungeon, the settlement is primed to grow into a kingdom of true power and magic. The path to power has not been without risk, however. The Mist Village has been noticed.

Evil nobles from the Kingdom of Law, bloodthirsty goblins from the Serrated Mountains, an undead lord with a penchant for human sacrifice and fanatical kobolds from the Depths, all plot the village's destruction. The predators are circling. Richter's people are horribly outnumbered by foes whose own power has been entrenched for thousands of years.

Richter and Sion need to be stronger than ever before. Luckily, they are. New skills have been learned, stronger enchantments have been wrought and the hundreds of villagers have answered the call to adventure. The Companions do not stand alone. While many eyes have turned towards the mists, wanting to take the treasures within, the Mist Village stares back with a simple message.

The battle of the dead was won, but at a great cost. Sion, leader of the Mist Village was left with only pain and regret as Richter was claimed by the abyss.

What no one but the abandoned chaos seed knows is that he narrowly avoided the curse of the lich Singh, a curse that still hangs above his head. Now, surrounded by miles of darkness and tons of crushing rock, Richter has to find his way back into the light.

The only problem is that this monster of a man is being pursued by monsters, a demon and his own foolish choices. Faced with all the dangers of the deep dark, what will Richter say when the buried horrors of The Land come a calling and asked if he's paid his dues?

Well he'll look right back, stare that horror in the eye and say, "Yes sir, the check is in the mail!"

Discover a unique new world seen from the perspective of a newly born god in a breathtaking saga of divine proportions.

Telos is a world at the center of a Universe. A bright jewel wrapped in a Lattice of realities. It is a world that gods and demons call home at the beginning of a new age. Remy is a newly risen deity, struggling to survive in a Battle Royale where the consequences are worse than death and last longer than damnation.

He will find that he cannot live with his tribe of worshippers. Their strength is his, and his is theirs. Other tribes want nothing more than to feast upon their flesh and consume their power. It is a deadly race of technology and power, faith and corruption, of commoners and legends.

Gods of ancient pantheons and demons of forbidden nightmares compete in a timeless game where the stakes are the souls of every living being. These old forces will come to fear a newly risen god.