Born in the mid 70’s in Napa, Aalia has always been passionate about reading and writing.

She had for the longest time taken a backseat on her story telling abilities, choosing instead to focus on being a business magnate.

It was only until 2018 that she finally decided to pursue her passion for writing, making her debut with the fictional novel, Tough Love.

Her personal story paints a vivid picture of the ultimate strength of a woman, as she overcame divorce, early stage cancer and two autoimmune diseases to become the wife and mother she is today.

She has four children; two of which are from her previous marriage. 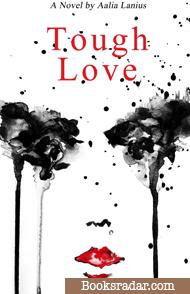 “All that glitters is not gold”

Aleyna would wish for nothing more than to uphold her traditional family desires, but is in a miserable marriage with her husband, Kyle. Considering that she is a public speaker on confidence and success, Aleyna feels like she is living a lie.

Things turn for the worst when she soon discovers that the cancer she had seemingly overcome has returned; leaving her with an incredibly tough choice.

Will she choose her life or her marriage?

Tough Love is an encouraging story of self-discovery, healing and courage.