Born in southern California, she holds a Bachelor’s degree in Microbiology, with a minor in Chemistry, from Cal Poly Pomona, and an MD from Rush University.

Loofbourrow practiced family medicine for a decade before being forced to change careers and become a stay-at-home mother to her three small children due to disability.

She has since run one of the first “ask a doctor” patient education websites, written novels, and worked as a freelance non-fiction writer and editor.

A member of the Forward Motion Forums, and founder of Fifty Word Fiction on DeviantArt, Loofbourrow currently lives in Oklahoma with her husband and three grown children. 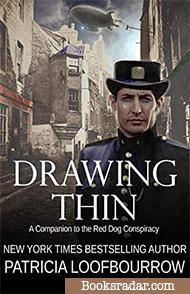 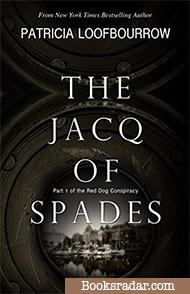 The Jacq of Spades 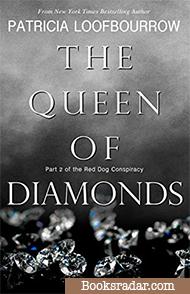 The Queen of Diamonds 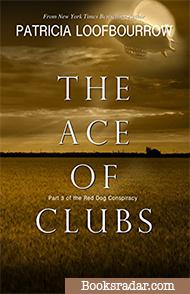 The Ace of Clubs 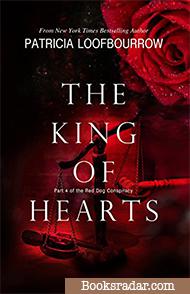 The King of Hearts 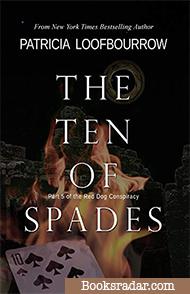 The Ten of Spades 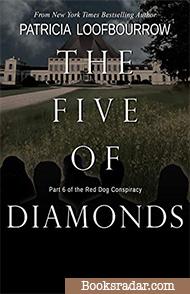 The Five of Diamonds 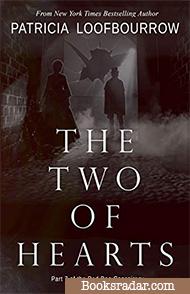 The Two of Hearts The Three of Spades 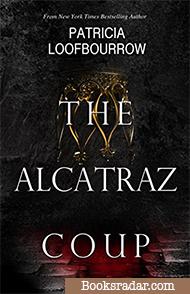 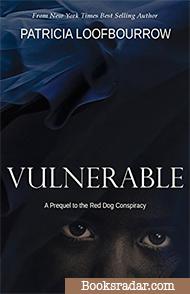 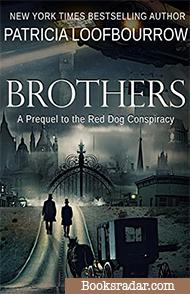 Drawing Thin: A Companion to the Red Dog Conspiracy

Buy now
Like
Drawing Thin: A Companion to the Red Dog Conspiracy

What do you do when playing by the rules means a child may die?

Bridges is owned by the Four Families. Constable Paix Hanger has advanced as high as he can. A hard-working twenty-year veteran relegated to walking a beat in the worst neighborhood of the worst precinct of the city, he resents the crime family which rules his quadrant, chafing at the restrictions placed on him by his superiors "for his own good".

A boy who's a reminder of the son he might never have disappears. When one boy after another are found dead and the incompetent and corrupt detectives assigned to the case are unable to act, Constable Hanger takes matters into his own hands.

NB: This companion story begins six days before and takes place during the same time as The Jacq of Spades: Part 1 of the Red Dog Conspiracy. You may read this book at any time.

The Jacq of Spades

1899 years after the Catastrophe, Bridges is owned by the Mob.

Jacqueline Spadros seems to have it all. Her father-in-law is the most feared mobster in Bridges. She lives in wealth and can do anything she pleases.

In an unwilling marriage and without enough money of her own to escape, Jacqui has secretly become a private eye. But a case comes up which threatens to make her nightmares a reality.

She wanted an easy case...what she got was a disaster.

Private eye Jacqueline Spadros just wants a simple, straightforward case that the Spadros Family won't find out about. A friendly jewel merchant seems to be offering the perfect arrangement.

But the more Jacqui learns, the more she begins to think this job wasn't such a good idea after all...

The one secret which could destroy everything...

After financial disaster and the zeppelin bombing, the city of Bridges is reeling. Three of the four Families are implicated, and an inquest is called to investigate.

But private eye and mobster's moll Jacqueline Spadros has had enough. While she and her former lover try to learn who killed their family friend, they also begin making plans to leave the city.

Her tormentors, however, are just getting started. As their web of lies draws ever tighter, Jacqui begins to see how deep the conspiracy against her and the Spadros Family really goes.

When she's called as a witness in the inquest, the secrets Jacqui has kept over the years come back to cause her serious trouble. Will she be able to escape Bridges? Or will she be forced to face the terrible consequences of her lies and trickery once and for all?

She knows she's been framed. Getting anyone to believe her is another story.

Thousands of gentlemen have gone bankrupt in Bridges and trouble brews between the Diamond and Spadros crime families. Yet the city is united in its desire to exact vengeance for those murdered in the zeppelin disaster.

Penniless and alone, private eye Jacqueline Spadros confronts the lowest point of her life. Seen as an accomplice in the financial crisis and accused of a crime she didn't commit, Jacqui faces trial in front of a hostile jury - and could receive the death penalty.

Jacqui knows she's been framed by the illusive Red Dog Gang. But will the jury believe her?

Be careful what you wish for …

But her problems are only beginning.

Deeply in debt, Jacqui is in danger from both the rogue Spadros men calling themselves “The Ten of Spades” and the ruthless Red Dog Gang — who may be one and the same.

Jacqui is determined to find Black Maria, the key to the identity of the Red Dog Gang’s secretive leader. To survive long enough to do that, Jacqui needs a paying case.

A storm is coming...

One year has passed since the unpopular second Diamond Purge began. When the trains in Bridges mysteriously stop running, tensions among the populace rise to the point that the other three Families decide something must be done.

Private investigator Jacqueline Spadros gets an unusual request: mediate with Cesare Diamond so that Inventors from all Four Families may meet to find a solution to the crisis.

But Jacqui has more pressing problems. Her best friend is dying, she has a missing-persons case that she can't seem to solve, and her teenage sister-in-law is out of control. When her lawyer blackmails her for the enormous amount she owes him, Jacqui does something no one would ever have expected.

Jacqui faces her biggest mystery yet - and her greatest fear.

As evidence grows that the Hart Family is behind the attacks, which up to now have been laid on the doorstep of the notorious Red Dog Gang, Tony brings formal charges against the Harts before the Commission.

Jacqui wants to stop the Red Dog Gang and learn the truth about Charles Hart's obsession with her.

But the truth is stranger than she ever imagined.

And what she learns changes everything.

As a private eye closes in on her city's secrets, there are those who will go to any lengths to stop her.

After the horrific events of our last chapter, Jacqui's in a medical predicament. If she wants to stay free from the Spadros crime syndicate, she has to find the cure for her condition - and time's running out.

But just when Jacqui thinks she's found what she's after, she finds herself instead in a much bigger - and deadlier - situation.

She's getting closer to discovering what mechanisms really lie beneath the city.

And the Red Dog Gang isn't the only one who wants her stopped.

She barely survived the last round. As the Red Dog Gang closes in on her Family, can she survive the next?

After the devastating events of our last chapter, all private eye Jacqueline Spadros wants is to get her life back.

Then a missing person she thought she'd never track down falls into her lap.

Jacqui is thrown into a series of events which not only puts her and everyone around her into danger, but changes her life forever.

A broken man. A broken world. Which will prevail?

Donald Kerston's life up to now could only be described as a nightmare. But what he wakes up to suddenly becomes much worse.

Struggling for survival, for the first time he finds friends and a future - only to be confronted with the one thing he didn't ever want to face.

What if the man you swore to protect ordered you to commit genocide?

Inventor Benjamin Kerr built the domed neo-Edwardian city-state of Bridges in the center of the former U.S. Three hundred years later, Bridges is in trouble. King Taylor Kerr is elderly, the economy is struggling, and corruption is rampant.

Forty years ago, a fence was built outside of the "Pot of Gold" — the city proper — to keep out the growing numbers of homeless. This number has increased to over a hundred thousand, whole generations knowing nothing but life in the tent camps.

Xavier Alcatraz is head of the Palace Guard. When King Taylor is assassinated by his son, who then gives the order to slaughter everyone outside the fence, Xavier must choose between his vows and his conscience, making a choice which will affect Bridges for generations to come.

Eleanora Bryce faces prison for a crime she didn’t commit.

In the far future domed city of Dickens, no mercy is given.

So when Eleanora Bryce finds her husband dead at his own hand, she finds herself trapped between the truth and his mountain of debt. When Eleanora refuses to speak with the constable investigating the case, he suspects her of murder.

Eleanora faces prison - or worse - unless she can find a way out of Dickens. But can she bear to return to the city which ruined her husband and murdered her son?

It seems all hope is lost, until one small clue is found.

NB: Vulnerable takes place shortly before the events in The Jacq of Spades: Part 1 of the Red Dog Conspiracy. It can be read at any time before book 4, The King of Hearts.

A young man sold into servitude has his loyalties tested in ways he never imagined.

Raised in an orphanage in Dickens, Daniel doesn't know who his parents were, where he comes from, or even his last name. Like all orphans, on his 16th birthday, he's sold to the highest bidder.

Not knowing where he's going, who's bought him, or what they even want with him, Daniel embarks on an adventure he never thought he'd take. He finds love, a family, and a secure future - yet in a split second, makes a decision he ends up regretting the rest of his life.