Born in Pålmark, Piteå, Norbotten, Sweden, Marklund is also the co-owner of Piratförlaget, one of the leading publishing houses in Sweden, and a goodwill ambassador for UNICEF.

Best known for writing the Annika Bengtzon Series, which has been published in 40 languages, selling more than 23 million copies, Marklund is considered as one of the most accomplished female Scandinavian authors in history.

An experienced investigative news reporter of ten years and an editor in print and television news for five, Marklund also makes documentaries for television.

Similarly a beloved columnist, with her works appearing in several Swedish and international newspapers and magazines, such as Financial Times UK, and Welt am Sonntag in Germany, Marklund lives with her family in Stockholm, Sweden and Marbella, Spain. 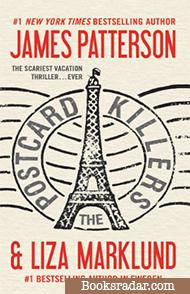 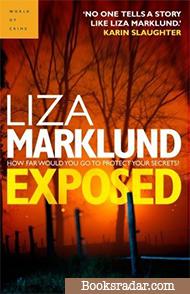 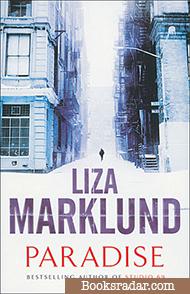 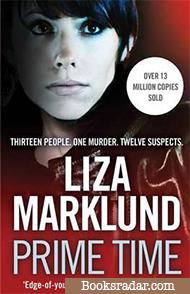 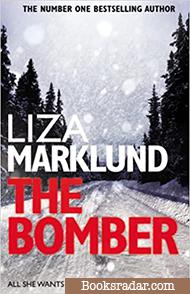 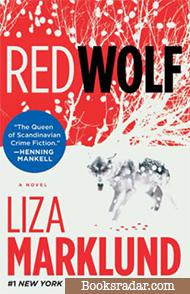 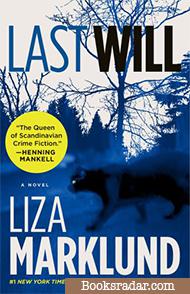 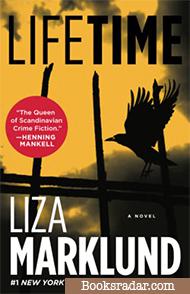 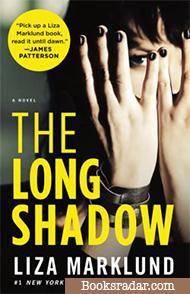 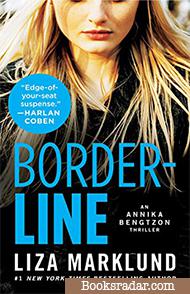 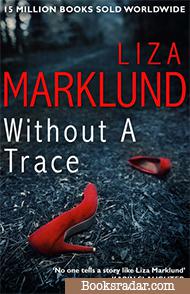 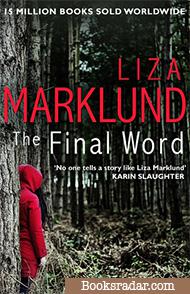 Europe is stunning in the summer...but NYPD detective Jacob Kanon isn't there for the beauty. He's on a mission: to track down his daughter's killer.

NYPD detective Jacob Kanon is on a tour of Europe's most gorgeous cities. But the sights aren't what draw him-he sees each museum, each cathedral, and each cafe through the eyes of his daughter's killer.

Kanon's daughter, Kimmy, and her boyfriend were murdered while on vacation in Rome. Since then, young couples in Paris, Copenhagen, Frankfurt, and Stockholm have been found dead. Little connects the murders, other than a postcard to the local newspaper that precedes each new victim.

Now Kanon teams up with the Swedish reporter, Dessie Larsson, who has just received a postcard in Stockholm-and they think they know where the next victims will be.

'That night he did something so controversial that he'd rather be suspected of murder than tell anyone what he was really doing. What could possibly be worse than that?' Trainee journalist Annika Bengtzon has secured a summer placement at Sweden's biggest tabloid newspaper. She's desperate for this to be her big break, although manning the tip-off phoneline isn't quite what she had in mind...Until a caller tells her that the naked body of a young woman has been found in a nearby cemetery.

As she pieces together details of the young woman's life, Annika stumbles across video footage that places the main suspect hundreds of miles from the crime scene, right at the time of the murder. Are the police looking for the wrong man? There is suddenly far more at stake here than Annika's career, and the more questions she asks, the more she leaves herself dangerously exposed.

NB: This book is also known as Studio 69, and Studio Sex.

A hurricane sweeps across southern Sweden, leaving chaos in its wake. Two men lie dead in Stockholm's Free Port, shot in the head at point-blank range. A young woman runs for her life. She finds refuge in Paradise, a foundation dedicated to people whose lives are in danger. Newpaper sub-editor Annika Bengtzon is trying to piece her life together following the violent death of her fiance.

Covering the story of Paradise is the opening she needs to get her personal life and her career back on track. But, as she's about to find out, neither Paradise nor the young woman, Aida, are quite what they appear to be. Annika's quest for the truth will force both her and Aida to confront their troubled pasts - and ultimately Annika will be faced with the most difficult decision of her life.

NB: This book is also known as Vanished.

13 people are spending the shortest night of the year in an isolated manor house to film a prime time television series. On the morning of midsummer's eve, the brightest star in Swedish television is found shot to death in a mobile control room. The murder turns newspaper reporter Annika Bengtzon's world upside down.

When a bomb destroys Stockholm's new Olympic stadium just months before the summer games in Sweden, worries erupt about a terrorist on the loose, but when journalist Annika Bengtzon begins to investigate, she uncovers a secret source that could reveal the truth behind the bombing and put her on the Bomber's hit list.

A journalist is murdered in the frozen white landscape of a northern Swedish town. Annika Bengtzon, a reporter at a Stockholm-based tabloid, was planning to interview him about a long-ago attack against an isolated air base nearby, and now she suspects that his death is linked to that attack.

Against the explicit orders of her boss, she begins to investigate the event, which is soon followed by a series of shocking murders. Annika knows the murders are connected. At the same time, she begins to suspect that her husband is hiding something, and nothing can counteract the loneliness that has crept into her life.

Behind everything lurks the figure of the Red Wolf, a cold-blooded killer with the soul of a lover. In the end, she must discover the truth not only about the murders but also about the lies that are destroying her own family.

Reporter Annika Bengtzon, who made eye contact with the killer just seconds before the shots were fired, is the key witness. Because of the sensitivity of the crime, police issue a gag order on her immediately—and she is forced to figure out on her own why an American assassin known only as “the Kitten” ordered the hit.

With her marriage falling to pieces and her job on the line, Annika quickly finds herself in the middle of a violent story of terror and death, the roots of which date back centuries.

The research all leads her to the same man: a rich and famous industrialist responsible for one of the world’s most coveted gifts, who died a tragic and mysterious death. If Annika wants to learn the truth, she risks uncovering secrets that some will do anything to protect.

Nothing is as it seems...

Police officer Nina Hoffman is called to the scene of a grisly crime. There she finds fellow officer and friend David Lindholm naked on his bed, shot through the head and stomach. His traumatized wife, Julia, is in shock, and can barely form a coherent sentence.

She hovers near the body, rambling on about a woman entering the house, killing David, and running off with their son—but all the evidence points to her guilt. Annika Bengtzon is drawn headfirst into the case, because she believes that Julia is about to be falsely charged. But will anyone else believe it?

In this follow-up to Liza Marklund’s “stunningly great” thriller Lifetime, newspaper reporter Annika Bengtzon is left to pick up the pieces after a shocking and complex murder case turns her world upside down and leaves her personal life in shambles.

Meanwhile, an intruder brutally murders an entire family on Spain’s Costa del Sol, and Annika must fly to the glitzy locale to report on the case. Upon arrival she discovers that a fifth family member is unaccounted for. Soon, the killers are found, but they too have met their demise—in the same grisly manner they killed the Söderström family.

Amid a culture weighed down by drug smuggling and money laundering, Annika must try to find the missing girl before it’s too late.

Annika Bengtzon is back at Kvällspressen’s Stockholm offices after three years as the newspaper’s Washington, DC correspondent.

One afternoon, a young woman is found dead behind a nursery school in a Stockholm suburb. She is the fourth victim with the same characteristics: a young mother, stabbed from behind. In the editorial offices of Kvällspressen they sense a serial killer, but Annika dismisses it as a wild fantasy.

Meanwhile, her husband Thomas is attending an international conference in Nairobi, Kenya. During a reconnaissance trip to the Somali border the entire delegation of seven European envoys is kidnapped.

As the murder spree in Stockholm continues, Annika is dragged into a violent hostage situation that shakes both Europe and East Africa. When their unreasonable demands are rejected, the kidnappers begin to execute the hostages, one by one.

A family torn apart. Another trying to find a way to be as one.

Ingemar Lerberg had it all: successful businessman, politician, husband, father. Until he is found, brutally beaten and left for dead, in his mansion in a fashionable district of Stockholm. His wife, Nora, is missing. With no alternative, his children are taken into care. In one night, a family has been ripped apart.

Journalist Annika Bengtzon is assigned to the case. As she delves into the horrifying details of this family’s fate, she grapples too with the change in her own. With her new boyfriend she must patch together a family from their respective children and stepchildren, and find a way for them all to live harmoniously.

Family matters above all else, but all is never as it seems. Behind the scenes, darkness lies.

Annika Bengtzon has spent her career telling stories that need to be heard.

As a journalist, she’s always been at the front line of criminal reporting, alongside the investigating officers. And now a court case that she’s been reporting on—the savage murder of a homeless man—has begun to attract a lot of attention. With the stakes rising by the day, Annika is once again flung to the heart of a complex case.

But nagging at the back of her mind is her sister’s mysterious absence. After a series of anxious text messages, she’s not heard another word. In the midst of a tense public situation, Annika’s own complicated past looks set to rear its head.

Some voices refuse to be silenced.