Born in Swindon, Mason has self-published five works; with the most popular one being Dead Heat; a short comical horror revolving around zombies, Dead Lock; a thriller and The Christmas Goblin which is a novelette for children between the ages of 8 and 11.

He currently lives in Cornwall with his partner. 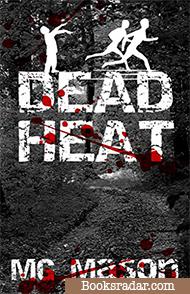 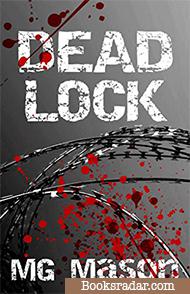 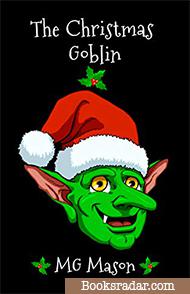 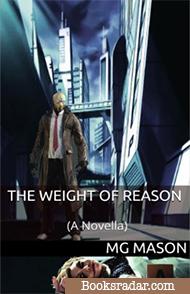 The Weight of Reason

Corporate team building days can be such a thrill. So when three friends Jim, Mike and Tony are informed that this year’s event will be the Dead Heat race—a race where they would be chased by aspiring actors masquerading as zombies—they simply couldn’t wait.

Everything however turns for the worst when no one, not even the organizers, realize that real zombies have gate-crashed the party.

With the three friends unable to distinguish between real zombies and the amateur actors, they must make their way out of the island; hoping they don’t kill any of the thesps on the way.

The middle management executives will certainly wish they never left the cubicle!

What would your story look like if you were to see it in a mirror?

Mortwich Island is neither a leisure facility where thesps masquerading as zombies haunt people on corporate team building day, nor is it a place where couples get married against the backdrop of the stunning coastline.

It is a maximum security facility linked to the mainland by a heavily-fortified bridge, high walls and zombies by the hundreds lurking outside the prison gates.

In this alternate world, Mortwich Island is a prison where escaping is simply not an option. Even for released prisoners, freedom means crossing an island crawling with zombies just to get to the safety of the mainland.

Given that not everyone imprisoned by a dictatorship is innocent; your companion could either be one of the several political opponents of the government, or a cold blooded mass murderer.

The Christmas Goblin was there before Santa Claus, and way before Krampus. Yet the world has forgotten all about him. This is his story.

An old lady prepares to tell her three grandchildren a story in one cold, dark, Christmas Eve right in the middle of a storm.

The world may seemingly have forgotten all about The Christmas Goblin but she certainly hasn’t.

With another Christmas Day on the horizon on this new planet, she might very well awaken him up.

Will her story renew belief in The Christmas Goblin?

The Weight of Reason

Trant is a human with cybernetic upgrades, otherwise known as a cyborg.

He has implants which have allowed him to make a decent living out of being a Private Detective on the post apocalyptic ocean city of "Skara Brae Oceanic".

When he is one day called upon to investigate an unusual murder, never did he imagine that what seemed like a routine examination of a dead body could have taken such a strange twist.

A killer on the loose is eliminating genetically modified humans who play an intricate part to the city’s survival. And the body certainly won't be the last.

With each murder, comes more questions surrounding the conspiracy; questions that will lead to the discovery of a truth beyond Trant’s wildest imaginations.