Born in London, Taran Matharu has always been an avid reader form a very early age, and even begun his first book at the age of nine.

In a bid to find his way into the publishing world after graduating with a First Class degree in Business Administration, Taran joined Digital Sales at Penguin Random House between June and September 2013 as an intern.

Having taken some time off to travel, he began writing ‘Summoner’ in November 2013 while on holiday-a book that, all thanks to Wattpad.com, reached over 3 million reads in just under six months.

Taran launched his professional writing career after being featured by NBC News; going all the way to becoming a New York Times bestselling author. 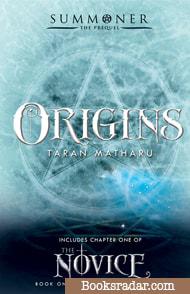 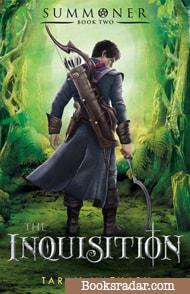 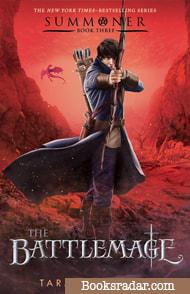 Origins is a prequel which sets a befitting tone for the explosive new fantasy trilogy that is Summoner.

When Arcturus, an orphaned stable-boy, discovers he has the ability to summon demons from a different world, he is sent to Vocans Military Academy where the Empire's noble children are taught the lost arts of summoning, spell-craft and demonology.

With only the help of his demon Sacharissa, Arcturus is on a quest to prove himself as a worthy Summoner, seeing how being the first commoner to be gifted with the ability challenges the nobility…and the powers that be.

Fletcher works as a blacksmith's apprentice when he discovers he is gifted with the rare ability of summoning demons from another world. Banished from his village for a crime he didn’t commit, Fletcher travels with Ignatius- his demon- to an academy where the art of summoning is taught to the gifted.

Severe lessons prepare him to serve as a Battlemage in the Empire's war against the fiery Orcs, but new friendships are poisoned by sinister forces. Left with no one but Ignatius by his side, Fletcher has little option but to decide where his loyalties lie, for the entire fate of the Empire is in his hand.

It’s been a year since the tournament, and Fletcher and Ignatius-who have been locked away in Pelt's dungeons-, must face trial at the hands of the Inquisition; a powerful institution under the authority of figures who would love nothing more than to see Fletcher's downfall.

Ghosts from the past haunt the trial by making shocking revelations about Fletcher's origins, but he has to focus on completing a dangerous mission for the king deep in the orc jungles.

With the assurance of Othello and Sylva’s friendship, Fletcher must save Hominum from destruction, or die trying…

The Battlemage sees Fletcher and his friends undertake another dangerous quest, albeit while evading capture by enemies and foes more terrifying than anything they have ever witnessed.

What’s more, his nemesis, albino orc Khan, is on a mission to destroy Hominum and everything else that is dear to Fletcher.

The book, which is the final piece of the New York Times bestselling Summoner Trilogy, will be a culmination of intense battles, shocking revelations and breathtaking drama.