Keith McCafferty is an American award-winning author of mystery and contemporary western novels. He has also published a couple of non-fiction books.

Raised in the Appalachian hills of southeastern Ohio, Keith always preferred the woods rather than the concrete playground, which is no surprise that he holds a Bachelor of Science degree in Zoology from Duke University.

He also earned a Master’s degree in Journalism from the University of Michigan.

Passionate about writing, Keith is the Survival and Outdoor Skills Editor of Field & Stream. He has also written articles for several publications such as Fly Fisherman Magazine, Mother Earth News, Gray’s Sporting Journal, The Strand–among others. 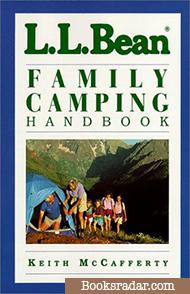 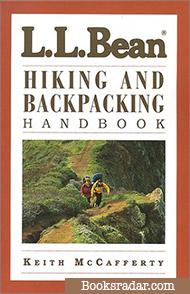 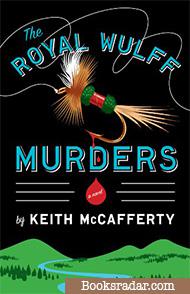 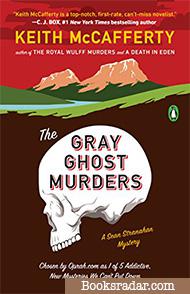 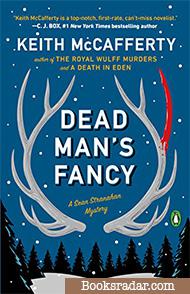 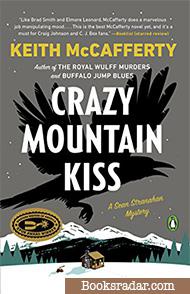 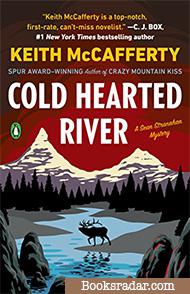 A Death in Eden An invaluable guide for active parents, covering all the basics for a lifetime of exciting, safe camping experiences with children.

The L.L. Bean Hiking and Backpacking Handbook is the ultimate beginner's guide to exploring the great outdoors. Stocked with commonsense advice and an assortment of illuminating, full-color photographs, this volume addresses all the essentials, including packing the appropriate clothing and equipment; choosing the right hike based on topography, destination, and fitness level; navigating in the wilderness; pitching a sound tent; viewing wildlife without risk; animal-proofing the campsite; packing effectively, and more.

When a fishing guide reels in the body of a young man on the Madison, the Holy Grail of Montana trout rivers, Sheriff Martha Ettinger suspects foul play. It's not just the stick jammed into the man's eye that draws her attention; it's the Royal Wulff trout fly stuck in his bloated lower lip. Following her instincts, Ettinger soon finds herself crossing paths with Montana newcomer Sean Stranahan.

Fly fisher, painter, and has-been private detective, Stranahan left a failed marriage and lackluster career to drive to Montana, where he lives in an art studio decorated with fly-tying feathers and mouse droppings.

With more luck catching fish than clients, Stranahan is completely captivated when Southern siren Velvet Lafayette walks into his life, intent on hiring his services to find her missing brother. The clues lead Stranahan and Ettinger back to Montana's Big Business: fly fishing. Where there's money, there's bound to be crime.

Fourteen months after moving to Montana, fly fisherman, painter, and sometime private detective Sean Stranahan is still sleeping in his office-cum-art-studio, but he's no longer a newcomer. He now knows the rivers and has a new sweetheart, Martinique. And when the bear-ravaged remains of two men are found on Sphinx Mountain, Sheriff Martha Ettinger once more turns to Stranahan for help in solving what smells like murder.

Meanwhile, he's also been hired by a group of eccentric fishermen to find their valuable, and possibly stolen, Gray Ghost fly. Could the theft be connected to the gray ghosts haunting the mountain? To find out, Stranahan will cross paths, and arms, with some of the most powerful people in the Madison Valley.

Cold Hearted River, the sixth in the series, is forthcoming from Viking.

Wolves howl as a riderless horse returns at sunset to the Culpepper Dude Ranch in the Madison Valley. The missing woman, Nanika Martinelli, is better known as the Fly Fishing Venus, a red-haired river guide who lures clients the way dry flies draw trout.

As Sheriff Martha Ettinger follows hoof tracks in the snow, she finds one of the men who has fallen under the temptress’s spell impaled on the antler tine of a giant bull elk, a kill that’s been claimed by a wolf pack. An accident? If not, is the killer human or animal? With painter, fly fisherman, and sometimes private detective Sean Stranahan’s help, Ettinger will follow clues that point to an animal rights group called the Clan of the Three-Clawed Wolf and to their svengali master, whose eyes blaze with pagan fire.

In their most dangerous adventure yet, Stranahan and Ettinger find themselves in the crossfire of wolf lovers, wolf haters, and a sister bent on revenge, and on the trail of an alpha male gone terribly wrong.

Spring snow still clings to the teeth of Montana’s Crazy Mountains when an unsuspecting member of the Madison River Liars and Fly Tiers Club discovers a Santa hat in the fireplace ashes of his rented cabin.

Climbing to the roof to see what’s clogging the flue, he’s shocked to find the body of a teenage girl wedged into the chimney. A rodeo belt buckle identifies the recently deceased victim as Cinderella “Cindy” Huntington, a rising rodeo star. Hyalite County sheriff Martha Ettinger has been hunting for the girl since she went missing the previous November.

Was Cindy murdered? Or was she running for her life—and if so, from whom? Suspicion falls on a buckskin-clad mountain man who calls himself Bear Paw Bill. But Etta Huntington, Cindy’s high-strung mother, herself a famous horsewoman, thinks the evil might lie closer to home. She hires fly-fishing guide and private detective Sean Stranahan to find the answers.

Setting aside their after-hours relationship, Sean and Martha find themselves deep in an investigation that grows to involve a high-altitude sex club, a lost diary, cave pictographs, and the legends of the Crazy Mountains. With his signature wit and wry humor, McCafferty writes a pitch-perfect mystery that is as haunting as the Crazies.

In the wake of Fourth of July fireworks in Montana’s Madison Valley, Hyalite County sheriff Martha Ettinger and Deputy Sheriff Harold Little Feather investigate a horrific scene at the Palisades cliffs, where a herd of bison have fallen to their deaths.

Victims of blind panic caused by the pyrotechnics, or a ritualistic hunting practice dating back thousands of years? The person who would know is beyond asking, an Indian man found dead among the bison, his leg pierced by an arrow.

Farther up the valley, fly fisherman, painter, and sometime private detective Sean Stranahan has been hired by the beautiful Ida Evening Star, a Chippewa Cree woman who moonlights as a mermaid at the Trout Tails Bar & Grill, to find her old flame, John Running Boy. The cases seem unrelated—until Sean’s search leads him right to the brink of the buffalo jump.

When a woman goes missing in a spring snowstorm and is found dead in a bear's den, Sheriff Martha Ettinger reunites with her once-again lover Sean Stranahan to investigate. In a pannier of the dead woman's horse, they find a wallet of old trout flies, the leather engraved with the initials EH.

Only a few days before, Patrick Willoughby, the president of the Madison River Liars and Fly Tiers Club, had been approached by a man selling fishing gear that he claimed once belonged to Ernest Hemingway. A coincidence? Sean doesn't think so, and he soon finds himself on the trail of a stolen trunk rumored to contain not only the famous writer's valuable fly fishing gear but priceless pages of unpublished work. The investigation will take Sean through extraordinary chapters in Hemingway's life.

Inspired by a true story, Cold Hearted River is a thrilling adventure, moving from Montana to Michigan, where a woman grapples with the secrets in her heart, to a cabin in Wyoming under the Froze To Death Plateau, and finally to the ruins in Havana, where an old man struggles to complete his life's mission one true sentence at a time.

When scarecrows appear in the cliffs above Montana's famous Smith River and a little girl reports being chased by one in the night, state investigator Harold Little Feather is brought in to find the culprit. Are the menacing effigies related to a copper-mining project that threatens the purity of the Smith? That's Harold's initial suspicion, but his investigation takes an ominous turn when a decapitated body is found in the river.

As Harold's search leads him back in time through the canyon's history, Sean Stranahan launches his raft upriver. He has been hired to guide a floating party that includes Clint McCaine, the manager of the mine project; Bart Trueblood, the president of “Save The Smith,” a grassroots organization devoted to stopping the project; and the documentarian filming their arguments. McCaine and Trueblood grew up on the Smith on neighboring ranches, and as they travel downstream, it’s revealed that the two share a past that runs much deeper and darker than their opposing viewpoints.

The currents of the seemingly unrelated trips will soon flow together, and Stranahan's long-time love Sheriff Martha Ettinger will enter the fray as the boats hurtle toward a date with danger at a place called Table Rock.

In Montana's Gravelly Range, paw prints and a single whisker discovered at a scene of horrific violence suggest a woman had been attacked and carried away by a mountain lion. Sheriff Martha Ettinger employs her fiancé, sometimes-detective Sean Stranahan, to put a name to the gnawed bones comprising all that is left of the body. The woman's is the first of several deaths that Sean suspects are not as easily explained as they appear...

As a reign of terror grips the Madison Valley, blood in the tracks will lead him from the river below to the snow-covered ridge tops, as Sean finds himself on his most adventurous and dangerous quest yet. For as he comes closer to unearthing the secret shared by the dead and missing, the tracks he is following will turn, and the hunter becomes the hunted.