Kate Mccarthy is an Australian USA Today bestselling author of The End Game (2015).

Raised in a tiny town in the outskirts of Port Macquarie, Australia, Kate works as a financial officer whenever she isn’t writing or plotting.

She has two tiny versions of herself who are impressively both bookworms, as well as three dachshunds (Petie, Maximus and Thor) and a fish named Cash.

The Give Me Series 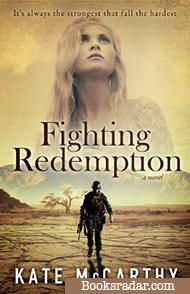 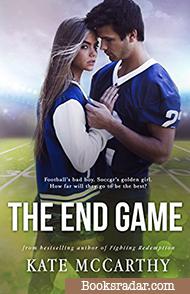 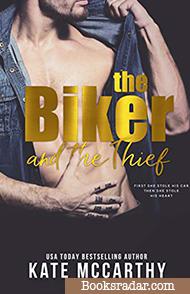 The Biker and the Thief 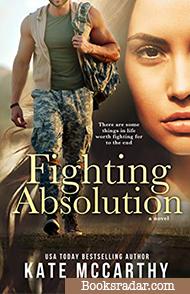 Fighting Absolution
The Give Me Series 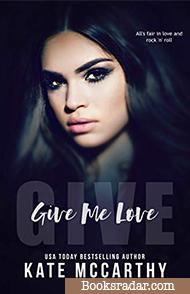 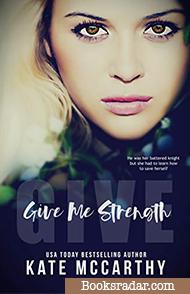 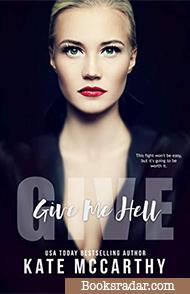 Pain isn’t something new to Ryan Kendall. But despite being wounded and broken, that doesn’t prevent him from desiring Finlay Tanner: the one thing that he can never have.

When Ryan enlists in the Australian Army aged nineteen, he goes on to become an elite SAS soldier following years of training, undertaking some of the most daring and perilous missions.

Upon returning home after six years, Ryan’s feelings for Finlay explode the moment he lays eyes on her.

But sometimes, not even love can heal what’s hurts.

This is a moving tale about war and the cost of sacrifice.

The public always appreciates a good scandal. And what better scandal than seeing someone fall from grace to grass? It’s something that I’ve experienced firsthand.

What was once a bright career in college football all came spiraling down into shame and scandal.

Being a hero is easier said than done, more so when there are those who were hoping to see the great Brody Madden fail.

All I wanted was to be the best, and I was willing to do anything to silence the naysayers.

My only undoing was that I took it too far, and it broke me.

The Biker and the Thief

ARCADIA ‘ACE’ JONES
I used to boost cars, and I was the best there was.
Now in college, I’m just trying to live right, until the Marchetti Organization come into the picture.
With an impracticable job to complete in twelve weeks, it doesn’t help that this annoying biker is trying to jeopardize my chances of succeeding.

KELLY DANIELS
Ghosts from my violent past continually haunt me.
Now focused on my new car restoration business, I’m determined to stay out of trouble, until a thief steals a Dodge Charger. I chase after her, only to discover that the driver is a stunning and irresistible woman. She’s in trouble and I’m willing to save her, and steal her heart.

Wounded and lonely at the age of fifteen, Jamie Murphy is certain that she doesn't need anyone. But she’s wrong.

Bear is the boy who sticks by her side when nobody else does, until he isn’t.

Left with nothing and desperate to make something of her life, Jamie enlists in the army.

What she however didn’t expect was to cross paths with her former best friend in the war-torn country.

But Bear isn’t the boy she used to know. A towering and bearded guy, he is among the army's elite.

And it doesn’t take long before Jamie starts fighting against her feelings for him, as much as she’s fighting the enemy.

Given how Bear abandoned her once, is he worth the risk?

The Give Me Series

Former wild child and lead singer Evie Jamieson has devised a plan that involves taking her best friends, guitarist Henry and band manager Mac, to Sydney with the hopes of making it big.

Although the two establish a long distance friendship which works to Evie’s advantage, given how she can’t afford the distraction of love, moving to Sydney complicates her plan as it becomes harder to avoid him.

When the nature of Jared’s business however makes Evie a target for his enemies, Jared must not only put his heart, but life, in the way of danger.

Quinn Salisbury has a violent and terrible past.

Although she found a way to put it all behind her, it all came crashing down after her sole source of strength was taken away, leaving her wounded and shattered.

Although their chemistry is fiery and undeniable, Quinn believes that Travis is too good for her.

And when her past resurfaces, Quinn must decide whether to keep running or pour her heart out to the man who loves her.

Casey Daniels has a dark past, one that not even the friends, the muscle car and the numerous women could ever make him forget.

The annoying and utterly irresistible Grace Paterson is in Sydney as a temporary bassist for Jamieson, the band Casey handles security for.

When the two cross paths, they make a deal that at first seems easy to walk away from.

Life however has other plans.

Grace desperately hides a secret while Casey is continuously haunted by a past that he doesn’t have answers to.

When danger however comes knocking, Casey realizes just how much he loves Grace—too much to ever walk away.

Desperate to prove that she neither needs her over-protective parents nor her three controlling older brothers, a headstrong and fervent Mackenzie Valentine leaves home aged seventeen to look for the only boy who has ever had her heart.

As much as it was the best thing that ever happened to him, Jake Romero is forced to leave and join an infamous gang known as the King Street Boys.

When Mackenzie however storms back into his life, he rejects her at her most vulnerable, knowing she has no place in the life that he now lives. His action though isn’t without its share of consequences.

Can their love survive, or has that ship already sailed?