Passionate about books just as much as she is about true crime cases, Kathryn was reading her father's true crime books when her friends were reading Nancy Drew.

Her true crime novels are the outcome of impartial and thoroughly researched work based on court records, interviews and newspaper articles.

Trained in Psychology, Criminal Profiling and Forensic Investigation, Kathryn’s extensive knowledge in the field has also played an integral role in her writing.

Fascinated for the longest time with crime and the criminal mind, Kathryn always looks to uncover the ‘why’ instead of the ‘how’, which makes her books quite the engrossing read. 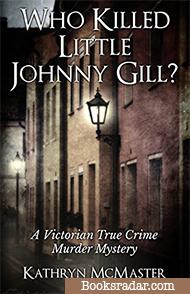 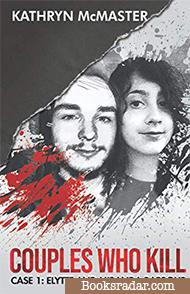 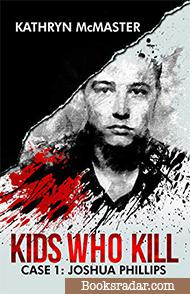 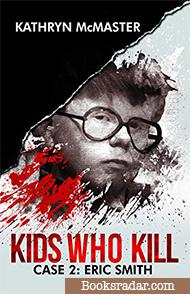 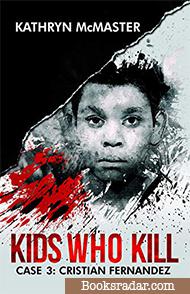 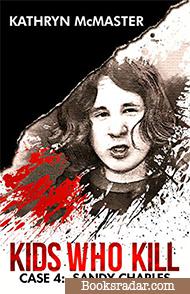 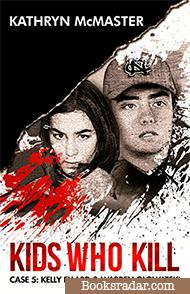 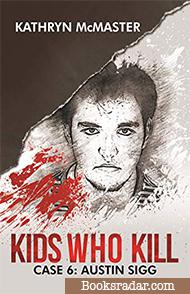 It is every mother's nightmare when a child goes missing. Mary Gill frantically searches for her young son when he doesn't come home after his milk run with William Barrett.

Days later, his mutilated body, eviscerated and washed clean, is found by a butcher's boy in a quiet lane.

Who killed little Johnny Gill? Was it William Barrett or was it Jack the Ripper?

With Barrett drumming up community support, and money shoring up his defense, suddenly, there are more questions than answers.

How far would you go to escape an abusive relationship? Would you turn to murder?

For more than 160 years Scottish society and the world at large, were scandalised by the brazen and unbecoming behaviour of young Madeleine Hamilton Smith that ended in murder and mayhem, and remains unsolved to this day.

Madeleine has everything going for her. She is a single young woman from a good, upper-middle class family. However, instead of romancing young men within her own social circles, she encourages a working-class man almost a decade older, soon becoming lovers.

Her behaviour, the like seldom seen in polite society of the day, brings shame and disgrace upon her family. Despite being forbidden to see him, she defies her family by continuing the relationship, and ignores any advice from her friends.

Her life changes forever when her lover suddenly dies. Arrested on suspicion of murder she finds herself the center of "The Trial of the Century" due to the nature of her actions, and the salacious contents of her love letters, now evidence, which causes maids and men to blush alike.

Does Madeleine kill her lover because she sees no other way out of an increasingly difficult situation she just cannot extract herself from?

Is it his vengeful threats of blackmail, or his disturbing and malicious treatment of her, that is his undoing?

Does she poison him to silence him, or is she as innocent as she fiercly proclaims?

By reading the unfolding of this true account, with British detectives McLauchlin and Murray hot on her heels, you can sift through their evidence, and make your own conclusions.

Craigslist is a mecca for buying and selling merchandise, finding job opportunities, or connecting with other lonely hearts through the classifieds.

However, Craigslist is also a haven for the unsavory underbelly of society. It is place where people can contact others for casual or paid sex while finding couples, singles, or worse—underage minors—to satisfy various sexual proclivities.

With the dark side of the Internet, cloaked in anonymity, there is always a danger that somewhere, someone is lurking behind these seemingly innocuous advertisements for a more sinister purpose.

With a forum as popular as Craigslist, people seldom think they could be a victim of a robbery or a scam. Worse still, fewer ever think that in answering or placing one of these advertisements they could be killed.

Yet that is exactly what happens to married, forty-two-year-old Troy LaFerrara when he places an advert for casual sex.

Later, Troy LaFerrara bleeds out in a dark neighborhood alley. He has been stabbed multiple times and strangled from behind while sitting in the passenger seat of a car.

While his wife frantically searches for her husband in the early hours of the morning, he breathes his last, dying alone, still clasping his keys in the palm of his hand.

Yet, who killed Troy Laferrara and why?

Once the killers are caught, each turn on the other. As the reader, we are left wondering which of the two is telling the truth.

How is it possible that someone could kill just for the thrill of it?

It appears that for some, it is very possible.

"We taught our girls to pray every day. What we didn't know was that the devil himself had moved in right across the street."

When Maddie Clifton returns to her house that afternoon to find golf balls, she has no idea when she meets her neighbor and friend, 14-year-old Josh Phillips, that he is going to kill her.

Within minutes, Maddie Clifton is dead.

After a week, a lingering, putrid smell is coming from under his waterbed.

How is it possible neither of his parents notice the distinct smell of decomposing flesh?

Who is the real Joshua Phillips? There is a dark side to this young teenager that shocks the community to the core. He is a burglar, a thief, a destroyer of property, a possible sexual deviant and a murderer.

He pleads that Maddie's murder was a terrible mistake. But was it? There is a lot more to this macabre murder.

“He could have just killed Derrick. But he chose not to. Eric continued to deal with Derrick’s body because he wanted to, because he chose to, and most frighteningly of all, because he enjoyed it.”

The killer is thirteen-years-old. His name is Eric Smith. His victim is four.

"I have just met the Antichrist," says a family friend to his wife after meeting teen-killer Eric Smith for the first time.

What is it about Eric Smith that gives people an uneasy feeling?

Is it his unwavering stare?

Is it his fiery temper that matches his thatch of red hair?

Or is it his history of maiming and killing small animals?

Did police officers stop an inherently evil serial killer in the making, or was Eric Smith, a child brought up in a household of physical and sexual abuse, just misunderstood?

The tragic story of 12-year-old Cristian Fernandez, the youngest person in Jacksonville's history to be charged with first degree murder, with no possibility of parole.

Cristian Fernandez is just twelve. The same age his mother was, when he was born.

Cristian is accused of murdering his half-brother, two-year-old David Galarraga-Blanco. While he awaits trial, his mother, Bianella Susana, is being held in the same jail for aggravated manslaughter for delaying medical help for the toddler for more than eight hours.

As the trial plays out, and more information comes to light, one starts to wonder who really is responsible for killing David Garlarraga-Blanco. Was it Cristian Fernandez, or was it his mother?

In addition, is Cristian Fernandez's admission of guilt because he was guilty or is he covering up the crime his mother may have committed?

“Why fall in love with life, if at the end I will marry death?”

WARNING: This story contains grisly and gruesome details of a child murder that some readers may find disturbing.

A child has been murdered and horribly mutilated in Canada; skin stripped to render the fat for later consumption.

Rumors spread of a monster on the loose, satanic cults, and ritual killings. It is a murder so grotesque people are kept in the dark by police authorities fearing they are not ready to hear the details. The killing is so horrific even the media is kept away for fear of creating a frenzy.

They may be monsters, but the community is unprepared when killer-kids, 14-year-old Sandy Charles and his 7-year-old accomplice, William Martin, are connected to the crime. Names that forevermore will conjure up images of abject depravity and the embodiment of pure evil.

As the layers to teen-killer Sandy Charles are revealed, it becomes chillingly obvious the youngster is dealing with some serious issues that may never be fixed.

Six Teens Beat up a Girl they Know, Two More who Don't, Kill Her.

Bullied all her life, Reena Virk, just fourteen, is desperate for peer acceptance. However, she is the wrong race, the wrong religion, the wrong color, and in the world of superficial teenagers, the wrong body-shape.

A petty squabble over a boy boils over into blind rage, a rage that seeks revenge and to teach her a lesson.

The victim, now bloodied and beaten by her friends and peers, many of whom are already known to police, is taken down to the river's edge by two teens she has never met before so they can finish her off.

This is the shocking true crime story of Reena Virk's life and final moments at the hands of the Shoreline Six, 16-year-old Warren Glowatski and 15-year-old "Killer Kelly" Ellard.

In Westminster, Colorado, on a snowy morning in October, 2012, ten-year-old Jessica Ridgeway is abducted, raped, tortured, murdered and dismembered.

Yet who could possibly be responsible for such a heinous crime?

A criminal profile is put together of the perpetrator based on the evidence they have. They are looking for a mature male sex offender who has definitely killed before. The crime, with few clues and no DNA left at the scene, is sophisticated and calculated.

Finally, there is a breakthrough in the case. They have a confession. There is one problem however; he does not match the criminal profile. He is just 17.

Is the confessor the murderer of Jessica Ridgeway, like he says he is, or is he making a false confession for his 5 minutes of fame?