Jodé Susan Millman is a semi-retired attorney and writer of crime and mystery novels.

Born and raised in Poughkeepsie, New York where her legal suspense novels have been set, Jodé attended Syracuse University for her Bachelor of Arts and Juris Doctor Degrees, whereas she earned her Master’s Degree in English Literature from Eastern Michigan University.

A graduate of NYU Law School, Jodé has taught at the University of Detroit Mercy Law School, and Marist College.

Jodé, her husband and their two college age sons, spend most of their time in Poughkeepsie, New York City, and Hilton Head, South Carolina. 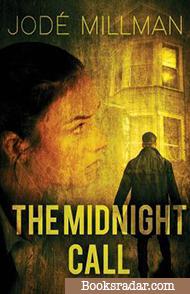 Attorney Jessie Martin always saw Terrence Butterfield—her charming and good-looking high school teacher—as a friend and a mentor, until she received a damning midnight call from him one August night.

Being the good friend that she is, Jessie rushes to help Terrence, unaware that she’ll be risking her relationship, her career, and her life—not to mention that of her unborn child.

By going to Terrence’s home, does Jessie become an accomplice in the brutal murder of the teenage boy found in the basement?

Betrayed by Terrence, Jessie embarks on a desperate mission to exonerate herself and protect everything and everyone she loves.