Steve Moretti is a Canadian author of fantasy and historical fiction novels.

Raised in London, the city in southwestern Ontario, Canada, Steve also lived in Pompano Beach, Florida during his teenage years.

He later on returned to Canada, where he studied journalism at Carleton University.

Nonetheless, despite his formal education, the most impactful and life-changing education he got was at the radio station, CKCU-FM, 93.1.

Prior to becoming a full-time writer, Steve worked in journalism, public relations and advertising, before running his own software enterprise for two decades.

He has a soft spot for creativity in all its forms, and is amazed by the workings of the universe and the characters of history.

Steve strongly believes that music is the universal language of human emotion–something you’ll notice once you read his books.

He currently resides in the south of Ottawa with his beloved wife and their two lovely dogs.

Song For A Lost Kingdom 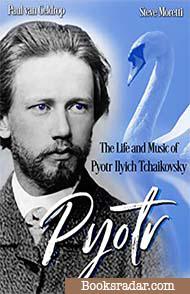 Pyotr: The Life and Music of Pyotr Ilyich Tchaikovsk
Song For A Lost Kingdom 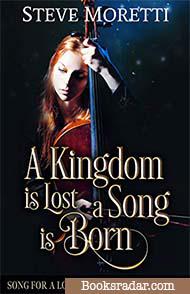 Song For a Lost Kingdom: A Kingdom is Lost, a Song is Born 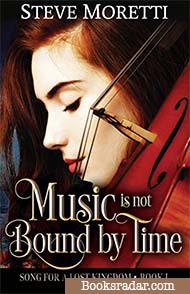 Song for a Lost Kingdom: Music is Not Bound by Time 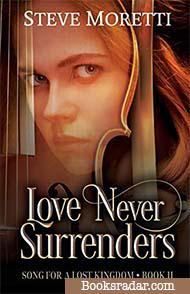 Song for a Lost Kingdom: The Heart Beats in Time

Pyotr: The Life and Music of Pyotr Ilyich Tchaikovsk

Pyotr Ilyich Tchaikovsky was a tortured soul. Bestowed with a rare musical gift, but burdened by demons of self-doubt and passions forbidden in 19th century Russia, Pyotr struggled to release the music inside his head.

And equally, to find romantic fulfillment that always remained just beyond his reach. He was deeply affected by the women in his life – those he loved, those he despised, and those whose affection he longed so badly to hold. Yet, aside from music, his truest passion was reserved only for men.

Tchaikovsky refused to abide by the rules of the musical establishment of his time. Assailed by critics as being ‘neither Russian nor German,’ he endured scathing criticism which he often took to heart, destroying many of his own ‘imperfect’ compositions.

This compelling new work takes you inside the head of Pyotr – from age seven to his untimely death at fifty-three. It also provides a layman’s guide to his music and his musical influences, and the techniques Tchaikovsky used to chart his musical destiny.

Song For A Lost Kingdom

Song For a Lost Kingdom: A Kingdom is Lost, a Song is Born

Buy now
2
Song For a Lost Kingdom: A Kingdom is Lost, a Song is Born

When the Union with England is accepted by the Scottish Parliament on 16 January 1707, many swear they will never accept the loss of their fiercely independent nation. The ones who seek to preserve a lost kingdom divide families and destroy lives in the process.

The consequences ripple through time until a generation later, Katharine Carnegie is lost for words to complete her symphonic masterpiece in 1745. The Jacobite rebellion is sweeping across Scotland, pitting her two brothers against each other, with her caught between them.

Meanwhile in 2003, Adeena Stuart, a rebellious teenage cellist and composer in Canada, is frightened by the visions of her visiting grandmother from Scotland. Somehow they connect Adeena to Katharine’s uncompleted song from the 18th century.

Buy now
2
Song for a Lost Kingdom: Music is Not Bound by Time

It would take two women separated by time to complete music with the power to change history. But will it be enough to save the man they care about most?

Adeena Stuart and Katharine Carnegie were born nearly three centuries apart. Yet their music and an ancient cello connect them to each other and to a man doomed by the Battle of Culloden.

In Book I of the Song for A Lost Kingdom series, Adeena receives an untitled musical score from her dying grandmother in Scotland. The music was hidden away for over two hundred and seventy years, as part of a violent family battle between siblings on different sides of the Jacobite rising of 1745.

When the score is played on the oldest surviving cello ever made in the UK, the music connects Adeena directly to the past as Katharine, struggling to find words to complete her symphonic tour-de-force in the midst of 18th Century political rebellion that is threatening to tear apart Scotland and England.

But Adeena is not a scientist or historian. What she wants more than anything is to compose music and to join the National Arts Centre Orchestra in Ottawa. Just as she is about to realize her wish, she’s lifted away, out of her control, and immersed in her ancient family history. As she is buffeted back and forth between the worlds, she grows to want more of the past, even though the promise of her most yearned-for musician dreams is coming true.

Not even her passionate boyfriend can keep her rooted in the present, especially when another man from the past falls for her and her music. Although unsure whether her time travel is a hallucination, she’s willing to steal a five million dollar cello to get back to the 1700’s.

With a clear voice that sets us in modern day Ottawa and old world Scotland, Song for a Lost Kingdom, Book I, begins a journey of discovery between two women who share the same musical soul and love for the same doomed man.

Music is not bound by time...

And Adeena Stuart is not bound by anything that will stop her from saving the man she’s fallen in love with, even though he’s been dead for almost three hundred years.

In Book II of the Song for a Lost Kingdom trilogy, her music provides the portal to to James Drummond who is fighting along side Prince Charles Edward Stuart in the 1746 Jacobite uprising. Though their cause is doomed, and James is destined to die shortly after the Battle of Culloden, Adeena’s determination never wavers.

Can she save him and change the future of her own family, forever intertwined with the illigetimate son he is destined to leave behind?

While war rages in 1746, Adeena’s friends and families are equally determined to return her to 2019 before the expanding growth in her head becomes fatal and they lose her forever.

Throughout it all, the music sweeps across those in both the past and present in this page-turning novel of history, romance and science fiction.

Love never surrenders, even in the most dire of circumstances.

Buy now
2
Song for a Lost Kingdom: The Heart Beats in Time

In the final instalment of the Song for a Lost Kingdom trilogy, Adeena Stuart and Katharine Carnegie search for the music that neither can complete on their own.

Finding themselves living three centuries apart and each assuming the identity of the other, Adeena and Katharine must overcome their own unique challenges, all the while hiding the truth of who they really are from those around them.

Adeena is pregnant in Scotland following the slaughter at the Battle of Culloden in April 1746. Her husband James Drummond and his brother John Drummond, are being hunted as Jacobite traitors by the revengeful butchers of King George’s Hanoverian army.

Sentenced to cruel deaths, they escape to Ireland only to find even greater danger in the ruthless cunning of Henry ‘Hangman’ Hawley who will stop at nothing to extinguish any further rebellion against English dominance over Ireland and Scotland.

Adeena’s one comfort is the Duncan Cello and her music that inspires all who hear her perform. The cello is her companion through battles, fires, storms and floods. It is perhaps the only thing she can truly rely on.

Katharine meanwhile awakes in the year 2019, confused by even the simplest technologies and overwhelmed by the strange customs of the modern world.

Pregnant from an unknown father, and uncertain about whether true love lies in the past or present, she finds respite in her music and the only thing familiar about this strange place – the Duncan Cello, now a prize artifact of the National Gallery of Canada.

Adeena and Katharine find a way to compose ‘The Heart Beats in Time’ a song that reflects the turmoil in both their lives. Together they see it through to the final bars and the page-turning conclusion of the Song for a Lost Kingdom series.