Born in the Big Apple and raised in Suffolk County, Long Island, Nello has for the longest time been fascinated by the experiences of young Americans in Europe.

An academic by profession in his former life, Nello even contemplated writing a non-fiction book on the topic, although that never came to be.

He currently lives with his beloved wife in north of London in Bedfordshire.

Married since 1999, the couple has made their home in a number of areas in her native Britain. 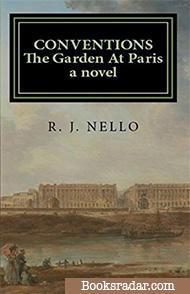 Conventions: The Garden At Paris 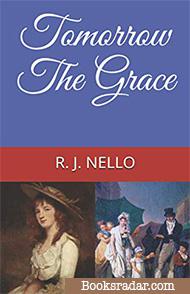 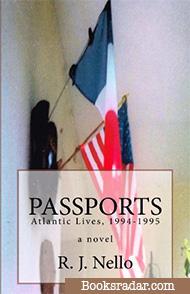 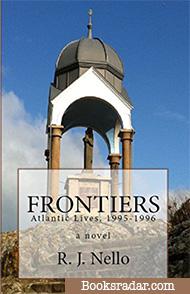 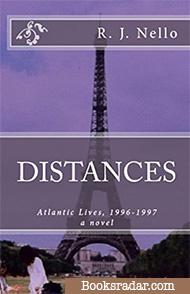 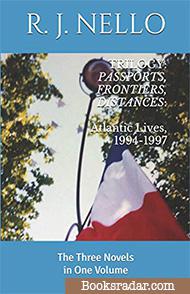 Conventions: The Garden At Paris

With U.S. independence secured, at the urging of his father twenty-one year old Robert Rutherford sails for Europe in 1787 to seek new business for the family firm. Surprised by his warm receptions from pre-war associates of his father in France and in England, he is drawn into life in both countries.

What the New Yorker had thought would be a period of travel evolves into residence. His twenties begin to disappear and a far away America is kept alive for him mostly through letters from home and encounters with other Americans in Europe.

The unexpected onset of revolution in France - and particularly its "reign of terror" - challenges him in ways he had never before even imagined possible. What will be the fates of his friends and loved ones?

“What does America think of all that is happening?” – Duke de La Rochefoucauld

“I wish to know. Father says not. Are there Indians where you live?” – Carolina

“It seems to me clear that Mr. Morris is the gentleman whom President Washington wishes to succeed Mr. Jefferson.” – William Short

“There are no more peasants. No more serfs. I have land. I have honor.” – Pierre

“A revolution that ties up and casts a girl into a river to drown and laughs?” – Henry

“De certains droits inaliénables. What does all of this really mean?” – Marie-Thérèse

“They searched and found no guns! I am the American minister!” – Gouverneur Morris

“Remove your hands from my wife this very instant. If you don't, I'll slit his throat, and then I'll kill you.” – Robert

“Recently, there was a village festival. It is remarkable here. Nothing reminds us of the Revolution.” – Rosalie de La Rochefoucauld

CONVENTIONS: THE GARDEN AT PARIS is a sweeping romantic and historical drama set in the often harrowing times that gave birth to our modern world.

"After only two years away, in the summer of 1797 the Rutherfords return to a warring Europe..."

Having settled in New York with a wife born and raised in Europe and who had never before seen America, now in his young thirties and with two small children Robert Rutherford is asked by President John Adams to join a diplomatic mission to France.

Mrs. Rutherford views the journey as a chance to see her family on the other side of the Atlantic perhaps for the last time. After the difficult ocean voyage, finding themselves separated by events and by the English Channel, and eventually remaining in Europe for far longer than they had planned, they witness America nearly going to war with France and the rise to power in France of a general named Bonaparte. They also encounter old friends, and Robert is reunited with one lady in particular…

NB: TOMORROW THE GRACE is a continuation of the tale begun in 2017’s CONVENTIONS: THE GARDEN AT PARIS.

Twenty-nine year old James sees his suburban New York routine upended when 24 year old Isabelle sits in front of him the first day in their University of Long Island history class. Isabelle's interest in America catches James off guard; Frenchwomen like Isabelle, he had thought, did not exist. In turn, Isabelle comes to see James as an "authentic" American of the sort she wants to get to know; she is convinced expats and students in Paris are unrepresentative of their fellow citizens at home.

They hit it off immediately. During the next thirteen months lives change profoundly, and theirs are only the beginning. Follow a group of sometimes unlikely international friends as they grow through dealing with what comes their way.

"What we truly desire is too often unclear even to ourselves...."

A year that began lightheartedly in a Long Island college class, ended on a frightening note. In Frontiers, we are once again in Lorient, Paris, New York, as well as now in London and farther afield. Isabelle, James, Valérie, Virginie, Mark, Béatrice, Stéphane, Natalie, Lena, and others - including James's crime novelist, philandering Uncle Bill – are back. What lies ahead?

Frontiers leads us through 1995-1996, continuing the story begun in Passports: Atlantic Lives, 1994-1995. As in that first volume, R. J. Nello's poignant fiction gracefully weaves history into the ongoing tale. Once again we share the travels, drama, romance, joys and sorrows, facing friends, families, and lovers, on two continents.

"I imagine Mark, Virginie, Isabelle, Béatrice, all of us, our loves, all old together remembering we were young once and how good life has been." ~ Valérie

"I think sometimes of some of the moron guys who I was in high school with. Well, you imbeciles should only see who's in my apartment here. That's right, Paris. I win." ~ James

"Cousin Elsy? I haven't seen her since I was two? I thought she was dead?" ~ Juliette

"Fiction comes from fact, and lots of fact makes great fiction when you re-write it as fiction." ~ Bill

"Is that an invitation for me to come upstairs for the night?" ~ Clémence

DISTANCES: Atlantic Lives, 1996-1997, is the 3rd volume of R. J. Nello's intimate tale, sharing the stories of families, friends and lovers in Europe and America.

"I'm from France. Have you been there?"

"Sorry, I haven't," he admitted, reminding himself also that breathing is supposed to be a reflex action. "I've never been to Europe."

PASSPORTS, FRONTIERS, and DISTANCES had previously been published only separately. The three complete novels are now available here in this single volume.