Mike Omer is an Israeli author of mystery and thriller books.

Prior to becoming a fiction writer, Mike worked as a journalist, a game developer, and the CEO of the company Loadingames.

Mike, who is the father of an angel, a pixie, and a gremlin, is forever bound to a stunning woman who passionately makes him live his dream.

Other than creating tales about perpetrators or victims of crimes, Mike also enjoys writing humorous things. It's little wonder that he concocts these two qualities into his mystery books. 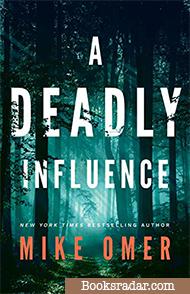 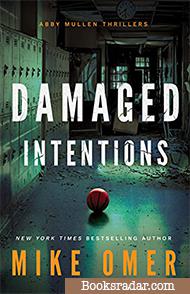 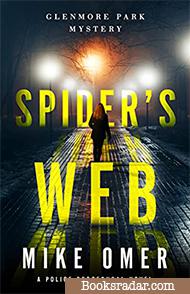 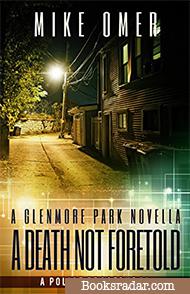 A Death Not Foretold: A Glenmore Park Mystery Novella 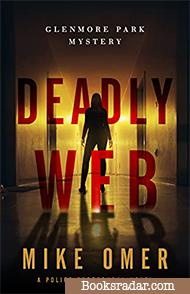 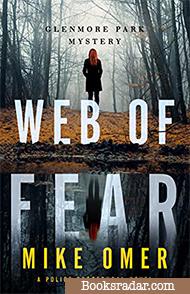 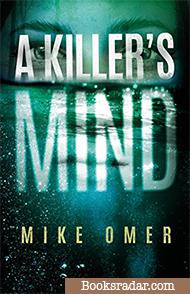 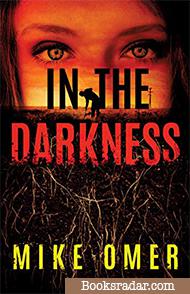 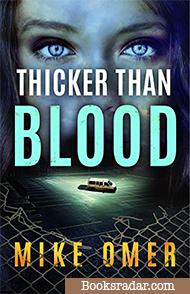 Lieutenant Abby Mullen is no stranger to crisis. As the hostage negotiation instructor for the NYPD, she deals with worst-case scenarios every day. Nothing fazes her anymore.

That all changes when she gets a call from Eden Fletcher, a fellow survivor of the infamous Wilcox cult. The two haven’t spoken since the night of a tragic, fiery massacre, when their paths diverged. But now Eden needs Abby’s help: someone has kidnapped her son and is demanding a $5 million ransom.

As Abby throws herself into the case, she can’t help but wonder why the kidnapper has targeted Eden. But Eden refuses to talk. She’s silent about the relics of their shared past hanging on her walls. About the kidnapper’s possible motives. About what’s happened in the years since she and Abby parted ways.

As the truth closes in, Abby realizes that her past may not be as far behind as she thought…and it’s come home to collect.

As a child, Abby Mullen escaped the insidious Wilcox cult when it literally went down in flames. Years later, she’s the NYPD’s best hostage negotiator and a mother. She thought the worst part of her life was behind her. Until now. Armed conspiracy theorists called the Watchers have attacked the local high school―and taken her daughter hostage.

With the delusional Watchers holding her child at gunpoint, the unflappable Abby might be at her breaking point. But the clock is ticking on her daughter’s life, and she has no choice but to negotiate with the paranoid group and discover their leader’s secret before it’s too late.

As Abby peels back the layers of mystery surrounding the Watchers, there’s always another puzzle underneath. And it seems to be leading back to the dark past she’s spent her whole life trying to forget.

Sometimes, Death Comes With a Warning

There’s a killer prowling the streets. He stalks and murders young women seemingly at random, and he always warns them first…

Twenty year old Kendele Byers is savagely killed and buried in a shallow grave. She had a violent past, a bizarre kinky line of work, and the suspect list grows longer every day.

But when another woman is murdered, Detective Mitchell Lonnie realizes that there’s something much more sinister afoot, a connection between the two murders. Both victims had received a clue hinting their incoming demise several minutes before they were attacked. There’s a serial killer in Glenmore Park. Even worse, he seems to be accelerating his murder pace.

Now Mitchell and his partner need to locate the killer before more innocent women die. But when his sister gets involved, Mitchell’s focus begins to unravel. Soon his pursuit becomes personal, and the stakes rise very high…

Buy now
Like
A Death Not Foretold: A Glenmore Park Mystery Novella

No one can foretell their own death...

Detectives Hannah and Bernard are called to investigate the violent death of Jacqueline Mune. But what seems to be a straightforward case of a shooting in a bad neighborhood turns out to be a lot more complicated. Jacqueline had been a psychic, doing tarot readings and selling mystic medicines and oils. And it seems like everyone around her had a reason to want her dead.

Jacqueline was not able to see her own future in the cards. Now it's up to the detectives to look into the past, and figure out the identity of a killer.

Detective Hannah Shor is desperate to prove her worth to her superiors, and herself. When a middle aged man is found stabbed to death in his apartment, she might just get her chance. But then she finds that the victim was a vile Internet Troll, sexually harassing women on Twitter. Hannah starts wondering if she really wants to catch his killer.

And the night is far from over. Only several hours later, a young woman is strangled to death. Detective Jacob Cooper discovers that the victim was lost in her own online world–a recluse who spent all day sucked into a violent online role-playing game. To find the killer, Jacob might have to step into the game.

Now Hannah will have to push aside her qualms, and Jacob will have to find a way to overcome his technophobia, if they want to crack the cases. Their search will take them into the seedier parts of the Internet and uncover shocking secrets as they attempt to expose a killer.

A Girl Missing for the Whole World to See

Detective Hannah Shor gets a case in the worst way possible – a friend calls her for help. Her twelve year old daughter has been kidnapped, and Hannah joins forces with the FBI to bring her home safely.

When the kidnappers post an image of their captive on Instagram, the situation spins out of control. Now, the whole world is watching. Rumors spread like wildfire, and online vigilantes add fuel to the raging flames.

As Hannah digs deeper, she unravels dark secrets from the family’s past. With the realization that the kidnapping is about more than just a ransom, Hannah needs to close in on the truth, before Abigail’s time runs out.

Three Chicago women have been found strangled, embalmed, and posed as if still alive. Doubting the findings of the local PD’s profiler, The FBI calls on forensic psychologist Zoe Bentley to investigate.

Zoe quickly gets off on the wrong foot with her new partner, Special Agent Tatum Gray. Zoe’s a hunter, intense and focused; Tatum’s a smug maverick with little respect for the rules. Together, they must descend into a serial killer’s psyche and untangle his twisted fantasies, or more women will die.

But when the contents of three inconspicuous envelopes reveal a chilling connection to gruesome murders from Zoe’s childhood, suddenly the hunter becomes the hunted.

An online video of a girl clawing at the ceiling of her own grave could be the worst thing FBI forensic psychologist Zoe Bentley has ever seen. Perhaps even more disturbing is the implication of the video’s title: “Experiment Number One.”

Zoe and her partner, Special Agent Tatum Gray, work as fast as they can to find the monster behind the shocking video, but soon another one shows up online, and another girl turns up dead.

Meanwhile, a different murderer is on Zoe’s mind. Rod Glover has been tormenting her since childhood, and his latest attack is a threatening photo of himself with Zoe’s sister. As Glover’s threats creep toward action, Zoe’s torn between family and duty.

Zoe must think fast to prevent another murder. With her own family’s safety on the line, Zoe feels she’s never been in more danger. And while she’s always known her job could send her to an early grave, she always assumed she’d be dead first.

A murderer who drinks his victim’s blood? FBI profiler Zoe Bentley and Agent Tatum Gray thought they’d seen it all, but this young woman’s barbaric murder is especially hard to stomach.

They didn’t expect to work this case. But vampirism aside, the murderer’s MO is identical to that of Rod Glover―the serial killer who’s been pursuing Zoe since childhood. Forensics reveals the murder to be his work, but not his alone; desperate to fulfill his sick purpose, he has taken on an equally depraved partner.

Zoe’s own frustration grows after another woman turns up dead and drained―and another goes missing. Time is running out: Zoe knows her own death will be the climax of Glover’s sinister play, which has been unfolding for twenty years. To stop Glover and his vile partner, she’ll need to plunge deep into their motives; but this means drawing ever closer to becoming another casualty of a dark, dark thirst.