Bill Palmer currently serves as an A-350 captain and check airman for a renowned international airline.

Having started flying at the age of 15, he made his first solo flight on his 16th birthday and went on to complete his private certificate by the time he was 17.

He has been passionately involved in the A330 fleet since 2002, being that he was a member of his airline’s A-330 development team when the airplane was introduced to its fleet.

Bill has authored other Airbus related books in Airbus A330 Normal Law and Airbus Flight Control Laws: The Reconfiguration Laws.

He holds a Bachelor of Science Degree in Aeronautical Science from Embry-Riddle Aeronautical University, and earned his flight instructor certificate more than forty years ago. 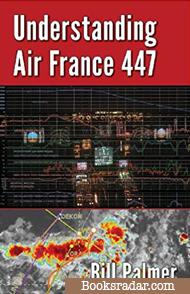 "a thriller, a horror novel, and a technical manual, all wrapped into one"

Understanding Air France 447 is a thrilling, extensive coverage of Air France 447; the Airbus A330 that killed all 228 persons on board after crashing in the Atlantic Ocean, north of Brazil, on June 1, 2009.

The book gives thorough insight into the actions of the crew, how they failed to understand and avert the problem, not to mention other contributing factors such as weather, human elements and the airplane system operation and design that made it hard for the crew to recover control of the flight.

Although the book paints a vivid picture of what happened on the way down, it also delves into how the crew couldn't keep the airplane under control for one minute, and how the alternate flight control law and a mistake by one of the pilot’s doomed the fate of the flight.