Barbara Parker was an American author of mystery and thriller novels, best known for writing the Gail Connor and Anthony Quintana mystery series.

Upon graduation, she worked as a prosecutor in the Florida state attorney's office before she went to run her own legal practice.

Parker would later work as a paralegal with a leading law firm–not letting her employer know that she was an attorney–all in an effort to make money.

Determined to develop her career as a writer, Parker would write while commuting by bus.

She later attended Florida International University, where her thesis for her master's degree marked the birth of Suspicion of Innocence, the first book in the Gail Connor and Anthony Quintana series.

The novel was not only a finalist for the Edgar Award for best first mystery novel by an American author, but was also adapted into motion pictures.

Parker served in the national board of the Mystery Writers of America, where she was chair of the membership committee for two years. 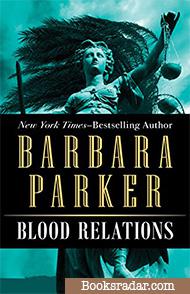 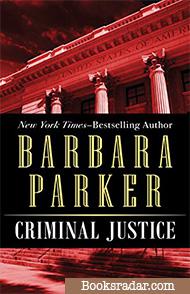 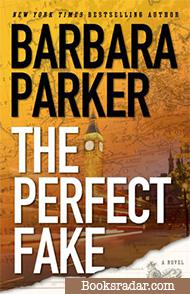 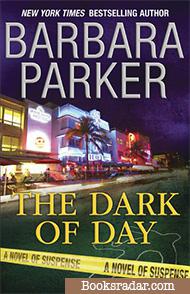 The Dark of Day
Anthologies 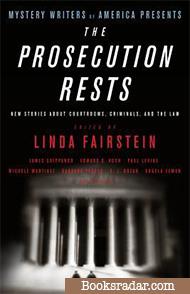 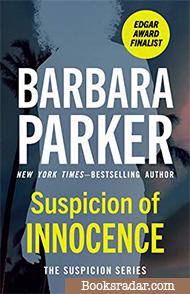 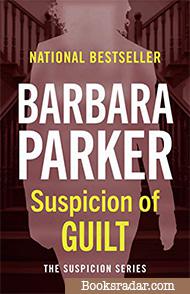 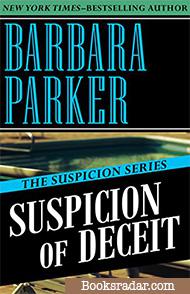 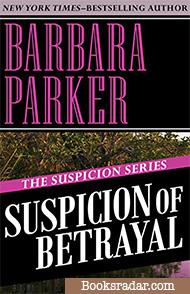 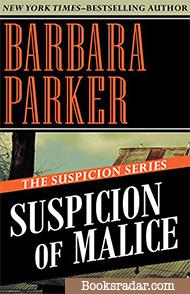 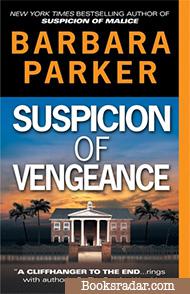 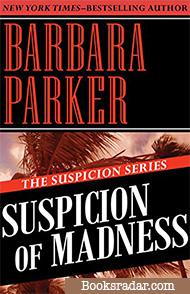 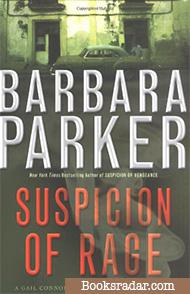 In his many years as a prosecutor in Miami, Sam Hagen has seen every kind of violence—and yet he still tries to make a difference. But his latest case is like nothing he’s dealt with before.

A seventeen-year-old model claims she was raped in a South Beach nightclub VIP room by three of the city’s most influential men. Almost immediately, Sam is pressured to dismiss the case, and is soon trapped in a maelstrom of political influence, public opinion, and his desire to see justice done despite his own misgivings.

But when Sam decides to prosecute, one of the accused is murdered. As he begins to crack under the strain of holding together both his case and his own family, Sam will have to confront a conspiracy of money, power, and final judgment.

Not long ago, Dan Galindo was a rising federal prosecutor in Miami with everything he could have wanted. Then he made the mistake of having a conscience. He refused to put a lying witness on the stand, which led to a drug kingpin walking free—and the end of his job and his marriage. Now with his reputation in ruins, he’s barely scraping by in a fleabag office.

Then his ex-brother-in-law, a music promoter, approaches him with a can’t-miss case: defending a gorgeous rock singer accused of assaulting a cop. It’s a simple job for good money.

But Dan is about to learn there’s no such thing as a simple job. Dragged into a sordid world of money laundering, dirty cops, and corrupt federal agents, he’s soon accused of murder, running for his life—and willing to do anything to get out of it alive.

Tom Fairchild is a man with a past he can't shake. He's struggling to make it as a graphic artist, but his probation officer thinks he belongs in jail. Then millionaire Miami real estate developer Stuart Barlowe offers him $50,000 to travel to Italy with his daughter, Allison, a map expert and Tom's childhood love, to duplicate a rare Renaissance map.

But Tom soon suspects that Barlowe wants a forgery, not a duplicate. When people start turning up dead, and Tom and Allison realize they are being tailed, it quickly becomes clear that they have no one to trust but each other.

High-profile Miami defense attorney C.J. Dunn.C.J. is an expert at spinning her clients’ image in the media—the perfect lawyer to deflect suspicion from Rick Slater, head of security for an influential U.S. congressman.

A beautiful model has vanished from a party on Miami Beach, and Slater was the last person seen with her. C.J. has reasons to dislike the congressman, but if she takes this case he can arrange a host position for her on a major news outlet. For a woman who grew up dirt-poor, with a past she would rather forget, the celebrity life has its appeal.

The story of Alana Martin’s disappearance soon sets off a media frenzy. Reporters and paparazzi hound everyone connected to the case, and C.J. must work fast before they uncover her own secrets, too.

When Rick Slater tells her that a friend of Alana’s could be his alibi witness, C.J. realizes the girl is someone she knows: Kylie Willis, a seventeen-year-old runaway from the same north Florida town where C.J. was born. The problem is, Kylie won’t talk. As C.J. digs into the case, she finds connections between Alana and a group of investors in a project on environmentally sensitive land.

One of them is the elusive architect Milo Cahill, one of C.J.’s own VIP clients, who may be bribing the congressman. Another is C.J.’s lover, Miami Beach socialite Billy Medina. But when C.J. asks Billy for information, he brushes her off. She wonders if she’s been foolish about Billy. Or is the problem just her growing attraction to her client Rick?

Then Alana Martin is found—dead. Her body washes up on a beach late one night, and the coroner says it was murder. The police have evidence against Slater. C.J. is slammed between the media and the need to defend a client she doesn’t trust. She must find Kylie Willis. The girl could save Rick Slater—but she might also reveal a devastating secret, one that could destroy C.J.’s career, and even, her life.

Mystery Writers of America Presents The Prosecution Rests: New Stories about Courtrooms, Criminals, and the Law

Buy now
Like
Mystery Writers of America Presents The Prosecution Rests: New Stories about Courtrooms, Criminals, and the Law

After the crime is over, the real drama begins. That's what this riveting collection proves as it carries us from the witch trials to Depression-era Chicago to today's highest-stakes legal dramas. These are thrilling stories of lawyers under pressure, of criminals facing the needle, and of the heartbroken families who hope for justice and who sometimes take it into their own hands.

Gail Connor is a fast-rising attorney in a major South Florida law firm, about to make partner—until her life is derailed by the discovery of her sister’s body in the Everglades. What at first appears to be a suicide soon becomes a homicide investigation with Gail as the prime suspect.

To defend herself, Gail must unravel the tangled web of her wild younger sister’s life, which includes connections to drug traffickers, a Native American artifact, Gail’s own estranged husband, and a handsome Cuban-American attorney, Anthony Quintana, to whom Gail is strongly attracted. But who can she trust as she fights for justice for her sister and herself?

When wealthy Palm Beach dowager Althea Tillett dies under suspicious circumstances, it sparks a battle between those in line for an inheritance—including Gail Connor’s old law school classmate and former lover Patrick Norris. He thinks someone has tampered with his aunt’s will—preventing him from receiving millions he hoped to use for an urban renewal project.

Although discouraged from getting involved by her own law firm and her lover, Cuban-American attorney Anthony Quintana, Gail agrees to look into Althea’s rapacious relatives. But she soon finds herself in the middle of a family feud that’s about much more than money. It’s about secrets, lies, forgery...and murder.

Now running her own private law practice, Gail has taken on the Miami Opera as her first client. The company’s newest young star—who is set to take the lead in Mozart’s Don Giovanni—recently performed in Castro’s Cuba. And while the Opera’s board of directors couldn’t care less, Miami’s Cuban community could make a great deal of trouble for all involved.

To Gail, it seems more like a case for a PR specialist than a lawyer. But she soon discovers that the Opera’s problems may threaten to expose a secret hidden in the history of Cuban emigration to Miami. It’s a secret someone is killing to keep, and a deadly conspiracy that leads Gail to the most unlikely of suspects: her fiancé Anthony Quintana.

Gail finally has everything she wants—a home to call her own, a growing private law practice, and a loving man in lawyer Anthony Quintana. But life is never perfect: the house needs massive renovations, her professional life is getting out of control, she’s in the middle of a custody case with her ex, and Quintana’s murky past continues to disturb her.

Then Gail receives a series of mysterious phone calls and obscene letters threatening violence, torture, and death. The target: not Gail herself, but her ten-year-old daughter, Karen.

Gail knows she’s made enemies in her line of work. But now someone is threatening her little girl. And her tormentors are about to learn that there is no limit to how far Gail is willing to go to keep her family safe.

After splitting up with her fiancé, Anthony Quintana, Gail is just trying to get her life back in some sort of order. But when Anthony’s teenage daughter, Angela, comes to Gail in secret and begs her to defend her boyfriend, Bobby, a dancer with the Miami City Ballet who’s been charged with murdering a wealthy playboy, she can’t say no.

Gail hopes to have easy access to someone who can provide Bobby with an alibi. But the witness, who happens to be a criminal judge, has lawyered up with none other than Anthony Quintana.

Now on opposite sides, Gail and Anthony are each prepared to do whatever it takes to protect their clients. But as they struggle to keep their unavoidably intertwined professional lives as separate as possible from their personal lives, a remorseless killer has a different final verdict in mind.

Now married to fellow attorney Anthony Quintana, Gail agrees to accompany him to his native Cuba along with their children on a family vacation. But their plans for a holiday in Havana are scuttled when the CIA contacts Anthony with a request: make contact with his brother-in-law—a Cuban general in Castro’s military—with an offer to help him defect.

In doing so, both Gail and Anthony are plunged into a deadly power play within the Cuban government that will threaten everything they’ve built together—and reveal a secret that could destroy Gail’s trust in the man she loves.

Despite storm warnings, lawyers and lovers Gail Connor and Anthony Quintana travel to a resort on a secluded island in the Florida Keys when a wealthy former client asks for their help with his troubled stepson, Billy, who has confessed to murder.

Billy had a history with the victim—a resort employee with a promiscuous reputation and a penchant for causing trouble. But it soon becomes apparent that plenty of people may have wanted Sandra McCoy silenced for good...along with anyone who gets in the way.

Hoping to further her bond with her new husband, Anthony, by visiting his Cuban home, Gail learns more about Anthony's divided loyalties between his Revolution-supporting family and dissident writer friends, one of whom has a son who is part of an underground plot to assassinate a top Cuban general.