Born in Stockholm, he attended Stockholm University, where he attained his doctorate and was appointed associate professor.

Persson has also served as an advisor to the Swedish Ministry of Justice, and as the Professor at the National Swedish Police Board, with a special focus on police methods and problems.

Since the early seventies, Persson has added the initials “GW” to his name after a debate article he had written for a leading newspaper was accompanied by the photo a different Leif Persson—at the time a world-famous motocross rider.

Persson has received several awards and film adaptations for his works.

He lives with his family on a farm in Sörmland.

Story of a Crime 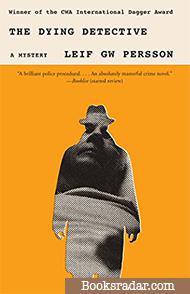 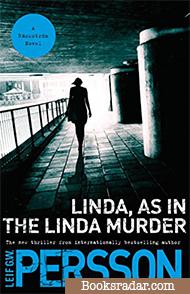 Linda, As in the Linda Murder 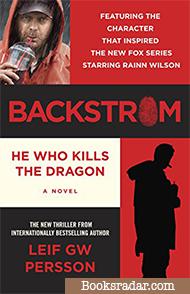 He Who Kills the Dragon 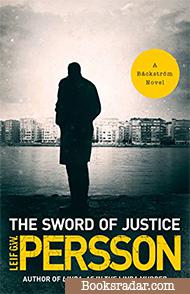 The Sword of Justice
Story of a Crime 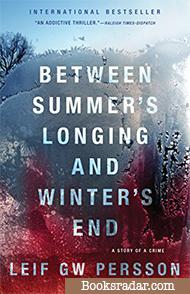 Between Summer's Longing and Winter's End 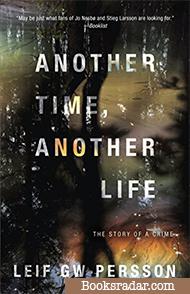 Another Time, Another Life 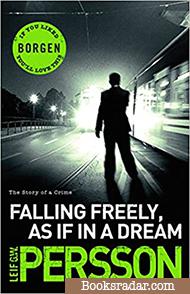 Falling Freely, As If In A Dream

LARS MARTIN JOHANSSON is a living legend. Cunning and perceptive, always one step ahead, he was known in the National Criminal Police as “the man who could see around corners.” But now Johansson is retired, living in the country, his police days behind him.

Or so he thinks.

After suffering a stroke, Johansson finds himself in the hospital. Tests show heart problems as well. And the only thing that can save him from despair is his doctor’s mention of an unsolved murder case from years before. The victim: an innocent nine-year-old girl.

Johansson is determined to solve the case, no matter his condition. With the help of his assistant, Matilda, an amateur detective, and Max, an orphan with a personal stake in the case, he launches an informal investigation from his hospital bed.

Racing against time, he uncovers a web of connections that links sex tourism to a dead opera singer and a self-made millionaire. And as Johansson draws closer to solving the crime, he finds that he will have to confront not just a mystery but his own mortality as well.

Linda, As in the Linda Murder

Buy now
Like
Linda, As in the Linda Murder

The irascible, obdurate, and very thirstyDetective Superintendent Evert Bäckström of the National Murder Squad returns in a new novel from the reigning master of Scandinavian fiction.

It’s the dead of summer in the sleepy town of Växjö when twenty-year-old police cadet Linda Wallin is found lying facedown in her mother’s apartment, brutally murdered and raped. With no clear motive or suspect in sight, a series of bureaucratic mix-ups causes the National Crime Unit to send Bäckström and his team into the countryside to solve the case.

The ever-irritable Bäckström leaves his beloved goldfish behind, checks into a local hotel, and begins to reconstruct the night of Linda’s murder. But with more than a few bottles in tow, and a constantly growling stomach to look after, things don’t go so well, and Bäckström has to rely on the help of his colleagues to solve the crime—no matter how angry that makes him.

From a master of Scandinavian crime fiction--the first in a brilliant series of novels centered around the investigations of one irascible, obdurate, and very thirsty Swedish police officer: Detective Superintendent Evert Bäckström of the National Murder Squad.

Detective Bäckström is Persson's persistently repulsive yet undeniably brilliant comic creation--an unforgettable cop winding his way through the black comedy of a crime scene, and managing to upset nearly everyone in the process.

When a newspaper delivery boy finds a 68 year-old alcoholic lying dead in his apartment--beaten with a saucepan lid and hammer, and then strangled--everyone expects an open-and-shut murder case, everyone that is but Hawaiian-shirt clad Detective Bäckström who's been assigned to lead the investigation team.

Under strict orders from his doctor to improve his health as quickly as possible, Bäckström has begun stumbling to work on foot, and even eating vegetables. The police force isn't what it used to be though, and now that it's crowded with women and foreigners resisting a drink is harder than ever before.

But when the newspaper boy goes missing Bäckström's suspicions are proven correct, giving his irrepressible mix of luck and laziness a chance to save the day, while managing to upset nearly everyone in the process.

Murder isn't often good news. But when DS Evert Bӓckström is told that Thomas Eriksson—a mafia lawyer and renowned defender of the guilty—has been killed, he can't help but celebrate, perhaps with a little vodka.

Bäckström's good mood is spoiled, however, when he's assigned to the frustrating case, as narrowing down the list of people who wanted Eriksson dead is almost impossible. It's miles long!

Fortunately, Bӓckström has spent years cultivating a group of questionable acquaintances and shady associates who will prove invaluable in solving the crime—as long as his colleagues don't find out about these illicit connections, or that Bӓckström owes them a few favors.

But even the dirtiest cop couldn't have predicted that this trail would lead to a priceless Fabergé music box created for Tsar Nicholas II, with a history as notorious as it is singular.

Story of a Crime

Between Summer's Longing and Winter's End

Buy now
Like
Between Summer's Longing and Winter's End

A young man falls to his death from a window in a student dorm in Stockholm, his loose shoe striking and killing the little dog being taken for his evening walk by an old man.

It seems to be a mundane suicide—at least that’s what the police choose to think. But the young man is American, not Swedish, and there are a couple of odd things about his room when they search it...

Stockholm, 1975: Six young people take the entire staff of the West German embassy hostage, demanding that the Baader-Meinhof members being held as prisoners in West Germany be released immediately. The long siege ends with the deaths of two hostages and the wounding of several others, including the captors.

Flash forward to 1989: When a Swedish civil servant is murdered, the two leading detectives on the case, Anna Holt and Bo Jarnebring, find their investigation hastily shelved by an incompetent and corrupt senior investigator.

Ten years later: Lars Johansson, having just joined the Swedish Security Police, decides to tie up a few loose ends left behind by his predecessor: specifically, two files on Swedes who had allegedly collaborated on the 1975 takeover of the West German embassy, one of whom turned out to be the murder victim in 1989.

Johansson reopens the investigation and, with help from detectives Jarnebring and Holt, follows the leads—right up to the doorstep of Sweden's newly minted minister of justice.

Buy now
Like
Falling Freely, As If In A Dream

It's August 2007, and Lars Martin Johansson, chief of the National Bureau of Criminal Investigation in Sweden has opened the files on the unsolved murder of Prime Minister Olof Palme. With his retirement quickly closing in, Johansson forms a new group comprised of a few trustworthy detectives who doggedly wade through mountains of paperwork and pursue new leads in a case that has all but gone cold despite the open wound the assassination has left on the consciousness of Swedish society.

Yet the closer the group gets to the truth, the more Johansson compromises the greater good for personal gain, becoming a pawn for the private vendetta of a shady political spin doctor. Sharply detailed and boldly plotted, Persson's work lifts the veil on one of history's greatest unsolved crimes in a novel that goes toe-to-toe with the best of true crime books.

NB: This book is also known as Free Falling, As If in a Dream.