Originally from San Diego, California, he holds a Bachelor of Science Degree in Architecture from the University of Oklahoma.

A remarkable marksman, Peterson also holds the classification of Master in the NRA’s High Power Rifle ranking system. His knowledge of weapons and dedication to research has resulted in several talks from craft workshops to ATF canine demonstrations.

Although he began writing fiction in 1990, and even sold a short story, Mr. Haggarty’s Stop, to San Diego Writers Monthly in 1992, Peterson never took it seriously until he met Ridley Pearson in 2005 at a writer’s conference.

Three years later, he made his debut as a novelist with First to Kill, the first of the Nathan McBride thrillers.

Whenever he isn't writing, Peterson can be found scuba diving, target shooting, flying helicopters, hiking, camping, and periodically enjoying a round of golf.

He currently resides in Monterey County, California with his lovely wife, Carla, and their dogs. 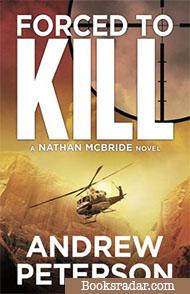 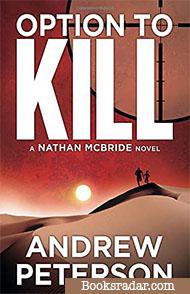 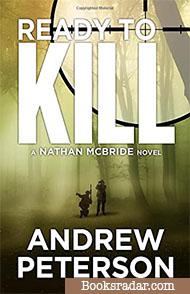 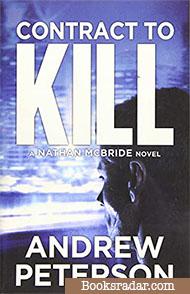 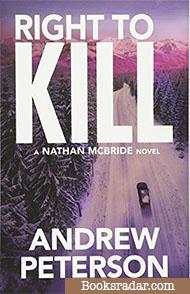 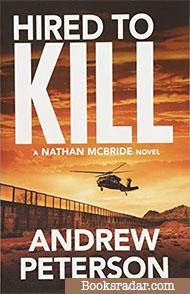 Ten years ago, a botched mission in Nicaragua ended covert ops specialist Nathan McBride’s CIA career. Now he utilizes his unique skill set in the private sector—until the night Frank Ortega, former director of the FBI, calls in a favor. A deep-cover federal agent has vanished, along with a ton of Semtex explosives, and Ortega needs them found—fast. Because for him, this mission is personal: the missing agent is his grandson. And Nathan McBride is the only man he trusts to save him

But it quickly becomes clear that something bigger than even Ortega could have imagined is at stake. Within days of accepting the assignment, McBride finds himself trapped between a ruthless adversary hell-bent on revenge and a group of high-ranking federal officials who will stop at nothing to reap their own brand of justice. Here there are no rules, no protocol, no backup. Only McBride…

Trained Marine sniper Nathan McBride is the sole survivor of Montez de Oca, the brutal Nicaraguan interrogator who tortured countless souls to death before vanishing fourteen years ago. Though McBride’s body—as well as his soul—still bear the scars from the interrogator’s blade, he dares to hope the worst is behind him.

But when the FBI recovers a mutilated body from a remote Utah lake, McBride needs just one glimpse to know the truth: Montez de Oca has resurfaced, this time on American soil. And McBride will be damned if he lets him escape again. So begins a quest for justice that will push McBride to the edge, pitting his capacity for mercy against his hunger for vengeance in a deadly game of cat-and-mouse that will reach into the highest levels of the US government.

When Nathan McBride receives a text message from someone who claims she’s been kidnapped, it triggers a deadly chain of events that has the potential to haunt him for the rest of his life.

Nathan will soon learn that nothing from his past could ever prepare him for the crisis he’ll soon be facing. The girl’s name is Lauren and she’s just twelve years old. With virtually no experience with children, Nathan’s patience and compassion are about to be tested to their limits

In a violent confrontation, Nathan rescues Lauren from her kidnapper, but as he unravels Lauren's story, he realizes his troubles are only beginning. She says she's in the Witness Security Program, and doesn't trust the US Marshals because she thinks they're complicit in her abduction. Not only that, her stepdad was murdered last night.

When a mysterious note referencing a top-secret US operation is tossed over the wall of the embassy in Nicaragua, Nathan McBride and his old pal Harv are called out of retirement by CIA Director Rebecca Cantrell and sent to Central America.

Cantrell wants the situation resolved quickly and knows that Nathan is the man to do it; after all, he has a history with the place. The jungle he and Harv are about to land in is the same one that Nathan barely escaped with his life decades before, an ordeal that left him physically and psychologically scarred.

To make it out alive a second time, Nathan will have to face down his own demons and square off with a ruthless killer who learned from the best, Nathan himself.

When Toby Haynes witnesses a double murder―and suspects his boss, Tanner Mason, as the perpetrator of the crime―he does the only thing he can think of: he calls in Nathan McBride.

CIA special ops veteran McBride and his partner, Harvey Fontana, respond to their friend’s plea. As they launch a covert investigation into Mason, the security chief for one of the nation’s leading private military contractors, they discover that not everything is as it appears.

Mason and his inner circle are leading a top-secret operation to tackle a wave of crime plaguing the US-Mexican border, and the murder may have been part of their complicated strategy―or part of a more menacing agenda.

Soon McBride and Fontana find themselves engaged in a deadly game. With a powerful politician behind it all, stopping Mason could mean joining a secret war―with truly global stakes.

When a team of commandos―highly skilled and armed to the teeth―tries to kidnap retired CIA station chief Linda Genneken from her home, trained Marine Nathan McBride and his partner, Harvey Fontana, arrive just in time to join the fight. But their well-honed CIA instincts tell them this is only the beginning.

McBride and Fontana set out to learn who ordered the midnight raid, and why. Is it connected to a rescue mission they conducted with Genneken in South America―a mission that nearly killed McBride? Is it related to the string of assassinations happening simultaneously in that area of the world? Or both?

With the help of their CIA contacts and aided by Genneken, the two men unravel a criminal plot with global implications. And as their race to find answers unspools in six supercharged hours, McBride and his team will be tested like never before.

And the threat is far from over. Part of a larger plot involving a sabotaged North Korean bioweapons facility and an ISIS training camp in northern Mexico, a third attack―bigger than 9/11―is being hatched by cold-blooded killers.

With the US Border Patrol and the CIA supporting the mission, Nathan teams up with longtime family friend Vincent Beaumont, the CEO of America’s largest private military contractor.

In a harrowing firefight, Nathan’s assault team will have to neutralize the terrorist cell, recover the weapons of mass destruction, and get them safely across the international border. The lives of thousands are at risk as Nathan weighs his lust for revenge against the most crucial part of the mission―taking the ringleaders alive―which might just cost him his life.