Rex Pickett is an American filmmaker and author most prominently known for his novel Sideways, which was adapted into a film called Sideways in 2004.

The film, which was directed by Alexander Payne, went on to receive more than 350 plaudits from major critics and awards organizations, on top of receiving five Academy Award nominations(winning Best Adapted Screenplay) and seven Golden Globe nominations (winning two for Best Screenplay and Best Musical or Comedy).

Born in California, he attended the University of California, San Diego, where he was a Special Projects major, specializing in contemporary literary and film criticism and creative writing. 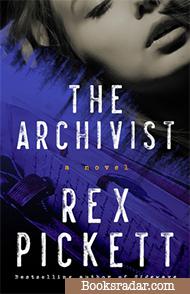 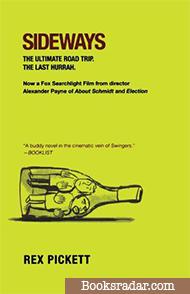 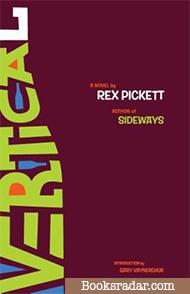 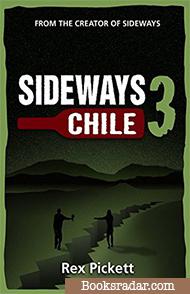 When archivist Nadia Fontaine is found dead of an apparent drowning, Emily Snow is hired by Regents University to finish the job she started—to organize and process the papers of Raymond West, a famous Pulitzer Prize–winning author who has been short-listed for the Nobel.

Emily’s job comes with its inherent pressures. West’s wife, Elizabeth, is an heiress who’s about to donate $25 million to the Memorial Library—an eight-story architectural marvel that is the crown jewel of the university. The inaugural event in just a few months will be a gala for the Who’s Who of San Diego to celebrate the unveiling of the Raymond West Collection and the financial gift that made it all possible.

As Emily sets to work on the West papers, it begins to dawn on her that several items have gone missing from the collection. To trace their whereabouts, she gains unsupervised access to the highly restricted “dark archives,” in which she opens a Pandora’s Box of erotically and intellectually charged correspondence between Raymond West and the late Nadia Fontaine.

Through their archived emails, Emily goes back a year in time and relives the tragic trajectory of their passionate love affair. Did Nadia really drown accidentally, as the police report concluded, or could it have been suicide, or, even worse, murder? Compelled to complete the collection and find the truth, Emily unwittingly morphs into an adult Nancy Drew and a one-woman archivist crusader on a mission to right the historical record.

Sideways is the story of two friends-Miles and Jack-going away together for the last time to steep themselves in everything that makes it good to be young and single: pinot, putting, and prowling bars. In the week before Jack plans to marry, the pair heads out from Los Angeles to the Santa Ynez wine country. For Jack, the tasting tour is Seven Days to D-Day, his final stretch of freedom. For Miles--who has divorced his wife, is facing an uncertain career and has lost his passion for living-the trip is a weeklong opportunity to evaluate his past, his future and himself.

A raucous and surprising novel filled with wonderful details about wine, Sideways is also a thought-provoking and funny book about men, women, and human relationships.

The follow-up novel to the blockbuster Sideways tracks the continuing story of Miles Raymond and his buddy Jack. It's seven years later. Miles has written a novel that has been made into a wildly successful movie, and the movie has changed his life. Jack, contrarily, is divorced, has a kid, and is on the skids. Phyllis, Miles's mom, has suffered a stroke that's left her wheelchair-bound and wasting away in assisted-living. She desperately wants to live with her sister in Wisconsin.

When Miles gets invited to be master of ceremonies at a Pinot Noir festival in Oregon, he hatches a harebrained road trip. With Jack as his co-pilot, he leases a handicapped-equipped rampvan, hires a pot-smoking Filipina caretaker and, with his mother's rascally Yorkie in tow, they take off for Wisconsin via Oregon's fabled Willamette Valley, where Miles is Master of ceremonies of the International Pinot Festival. It is a road novel for the smart set and wine lover, and anything but predictable.

"Sideways 3 Chile" finds our main protagonist Miles Raymond (Paul Giamatti in the original film) running out of money, but still surviving on the fumes of a past, but fleeting, fame. When he is offered an opportunity by a reputable magazine to write an article about the diverse wine regions of the country of Chile he jumps at the chance.

At the end of "Vertical," Miles had fallen in love with a Spanish girl, Laura, and he asks her to fly from Spain to accompany him.

Miles, in full panic anxiety mode, which is endemic to his character, flies to Chile to meet Laura and discover this beautiful and vast country. Complications, heartbreak, and romance ensue.

In the great and desolate Atacama Desert in the north of Chile, Miles comes face to face with himself.