He studied history and literature at the prestigious Harvard College before spending the next five years after graduation covering on crime, private military contractors, terrorism prosecutions, and international gangs at The Atlantic. 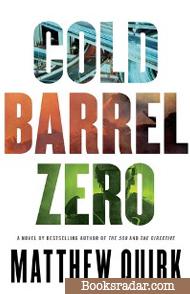 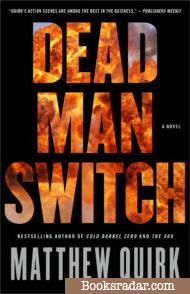 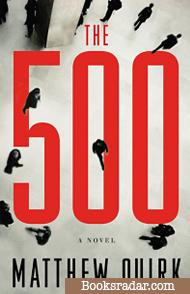 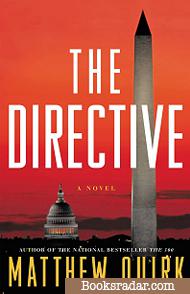 John Hayes, a Special Operations legend, is considered a traitor for turning against his own soldiers while on a secret mission.

Crestfallen and avoiding captivity, he moves back to the United States not just to reunite with his wife and daughter, but to also take revenge on his conspirators with a series of devastating strikes.

Thomas Byrne, who served in battle with Hayes as a combat medic, is the only one who can stop him, but he now works as a full time medic.

As Byrne moves from one town to another, desperately trying to forget his past, he is summoned by a high ranking government official to assist with the capture of a man he knows ever so well.

With the fate of the entire nation hanging by a thread, Hayes and Byrne must decide on whom to trust…and whom to betray.

Buy now
Like
Dead Man Switch
A burglary goes terribly wrong in Virginia. A fatal fall on a rugged stretch of California coast.
The two incidences may seem unrelated, but the true identity of the victims remains a closely guarded secret.
The two were undercover members of a classified team acting as the last line of defense against foreign threats.
Someone is however targeting them one at a time; eliminating family members and unsuspecting bystanders to make the assassinations look like mere accidents.
Captain John Hayes, a luminary with the Special Operations, now spends his days with his family after leaving the military.
But when the pattern behind the murders evidently points to Claire Rhodes, his brilliant protégée, Hayes makes a return to unmask the killers.
Author: Matthew Quirk
First Release: 2017
ISBN: 978-0316259248
Publisher: Mulholland Books

Mike Ford secured his dream job at the Davies Group—the most powerful consulting firm in the nation’s capital—soon after his graduation from the acclaimed Harvard Law School. But that was a year ago.

Now, he finds himself on the wrong end of a pointed gun, hunted down by two of the most dangerous men in the world.

And to make it out alive, Mike has to do everything he swore to never do again; lie, cheat, steal, and maybe this time, even kill!

Having been raised in a world full of petty con men, learning every part of the craft from his father, Mike’s only way out was his education. At Davies Group’s, he rubs shoulders with “The 500” men and women who essentially run Washington, but once a con, always a con.

Two brothers. The heist of a lifetime. The stakes: their survival.

After wriggling his way out of the back rooms of Washington, Mike Ford is now gambling for his life against the Wall Street titans.

Mike’s brother is caught up in a powerful conspiracy to steal a secret worth billions of dollars from a hidden linchpin of the American economy; a real-life trading desk at the Federal Reserve Bank of New York, unbeknownst to many.

With his back against the wall, forced to choose between a decent life and his only brother, Mike has little option but to return to the dark skills of his past.

With no place to run and no place to hide, he will have to beat the menacing men at their own game or die trying.