The two books also gave rise to SEX AND THE AUSTEN GIRL, a Babelgum Original web series created by Laurie, which has since received over half a million views.

Keen about encouraging budding authors not to give up on their dreams, Laurie also works as a book editor and writing coach.

She has even taught workshops in storytelling technique at Vroman’s, the oldest and largest independent bookstore in Southern California. 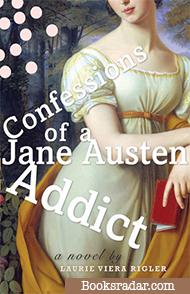 Confessions of a Jane Austen Addict 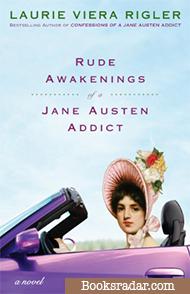 Confessions of a Jane Austen Addict

Buy now
Like
Confessions of a Jane Austen Addict

After nursing a broken engagement with Jane Austen novels and Absolut, Courtney Stone wakes up to find herself not in her Los Angeles bedroom or even in her own body, but inside the bedchamber of a woman in Regency England. Who but an Austen addict like herself could concoct such a fantasy?

Not only is Courtney stuck inside another woman's life, she is forced to pretend she actually is that woman; and despite knowing nothing about her, she manages to fool even the most astute observer. For her borrowed body knows how to speak without slaying the King's English, dance without maiming her partner, and embroider as if possessed by actual domestic skill.

But not even Courtney's level of Austen mania has prepared her for the chamber pots and filthy coaching inns of nineteenth-century England, let alone the realities of being a single woman who must fend off suffocating chaperones, condom-less seducers, and marriages of convenience. Enter the enigmatic Mr. Edgeworth, a suitor who may turn out not to be a familiar species of philanderer after all.

Buy now
Like
Rude Awakenings of a Jane Austen Addict

A tale of manners, morals, and the search for the perfect man.

When Jane Mansfield, a gentleman's daughter from Regency England, awakens one morning in twenty-first-century L.A -- in the body of someone named Courtney Stone -- culture shock and chaos ensue.

Jane must quickly find her way in a world in which everyone thinks she is Courtney: a dizzying world of horseless carriages, unrestricted clothing, and unheard-of liberties for womankind. And then there are all those people talking to the air while holding a small object against their ears.

The only thing that is familiar -- and the only thing Jane has in common with the woman in whose life she has landed -- is a love for the novels of Jane Austen. But will the wise words of her favorite novelist be enough to guide her through this bewildering new world? And what is she to make of Courtney's attentive friend Wes, who is as attractive and confusing as the man who broke her heart back home?

As Courtney's romantic entanglements become her own, Jane wonders: Would she actually be better off back in Regency England -- and will she ever be able to return?