Laura Roppé is an American award-winning singer-songwriter and a USA Today bestselling author of young adult romance and non-fiction books.

Born in San Diego, California, Laura’s passion for music took off while in high school where she performed in plays.

After graduating high school, she attended the University of California, Los Angeles (UCLA) School of Theater, Film, and Television, where she majored in theater.

During her time there, she was classmates with actors Jack Black, Michael Goorjian, and Marco Sanchez.

Laura graduated UCLA in 1991, and proceeded to law school.

She worked as an attorney in San Diego before quitting after being diagnosed with breast cancer in 2008.

After several months of treatment, Laura was declared cancer-free, something that inspired her book, Rocking the Pink: Finding Myself on the Other Side of Cancer (2012).

She currently lives in San Diego, California with her beloved family and their dogs. 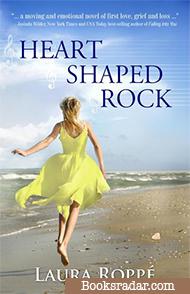 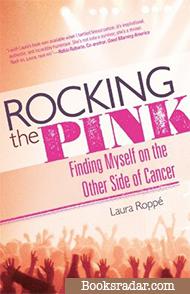 Rocking the Pink: Finding Myself on the Other Side of Cancer

Sometimes a shattered heart needs to sing to love again . . . Sixteen year old singer-songwriter Shaynee Sullivan hasn't so much as touched her guitar since her mom died six months ago. But when she meets a gorgeous and surprising rocker named Dean, her shattered heart begins to mend . . . and then burst at the seams. Heart-wrenching, heart-warming, and sometimes even heart-racing, Heart Shaped Rock will leave you laughing through tears and rooting for love in all its forms.

Rocking the Pink: Finding Myself on the Other Side of Cancer

Buy now
Like
Rocking the Pink: Finding Myself on the Other Side of Cancer

In 2008, just as Laura Roppé was poised to burst onto the music scene, her doctor called her with news that left her spinning—she had been diagnosed with an extremely aggressive form of breast cancer. Just days earlier, she had signed a dream-come-true contract with a record label; now, she wasn’t even sure how much longer she had to live. Never one to back down to a challenge, however, Roppé gathered her courage, took stock of her priorities, and made a decision: Cancer may take my hair, she told herself, but that’s all it’s getting.

More than a cancer journey, Rocking the Pink is a quirky, charming, and poignant ode to love, friendship, and music. Roppé is unflinchingly honest and unfailingly funny as she tells the story of her odyssey: from childhood dreamer and giddy valet parker to the Hollywood stars to disillusioned lawyer, wife, and mother; from budding songwriter and late-blooming recording artist to determined cancer survivor.

Full of raw emotion and humor that will make you laugh through your tears, Rocking the Pink is a chronicle of discovering one's true self through life’s difficult circumstances—and a testament to the hang-in-tough, take-no-prisoners attitude it takes to kick cancer’s butt.