LJ Ross is an international Number One bestselling author of the DCI Ryan mystery Series which has sold over four million copies across the globe.

Born in Northumberland, England, she studied undergraduate and postgraduate Law at King's College, University of London and then abroad in Paris and Florence.

She worked in London as a lawyer for a number of years before finally deciding to pursue her dream of becoming a writer.

Now a full-time writer, she lives with her husband and son in Northumberland. 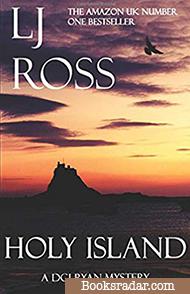 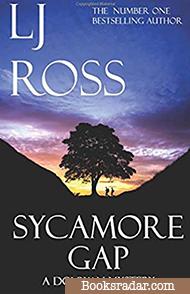 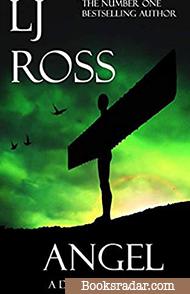 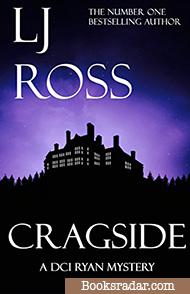 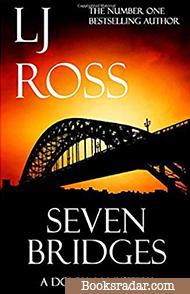 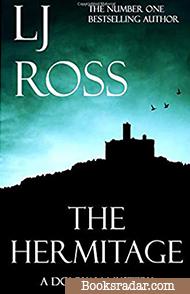 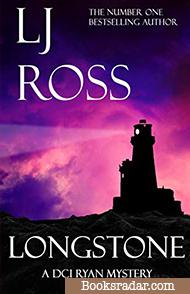 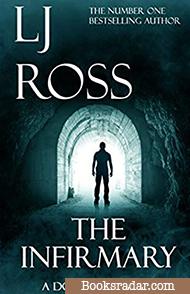 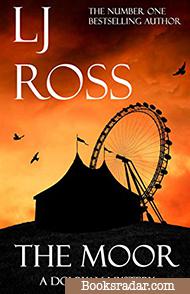 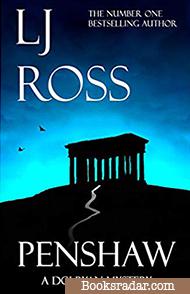 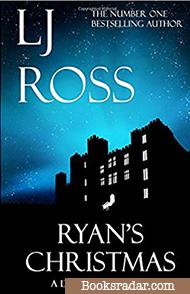 Determined to enjoy some time off his demanding job, Detective Chief Inspector Ryan withdraws to Holy Island, only to find himself back in the middle of a murder investigation a few days before Christmas when the dead body a young woman is discovered among the ancient ruins of the nearby Priory.

When Dr Anna Taylor, a former local girl, returns to the island as a police consultant, buried memories return—making her come face-to-face with her difficult past.

Anna and Ryan will struggle to join forces and catch the murderer who hides in the open.

Detective Chief Inspector Ryan is convinced that he has gotten over his troubled past, until the skeleton of a youthful woman is discovered inside the Roman Wall at Sycamore Gap in the wee hours of the summer solstice.

What’s even more shocking is that the victim was hidden there for a decade, and it’s up to Ryan to get to the bottom of things.

As the enquiry lines entwine, the DCI has to not only face off with ghosts of his past but also enter into a dangerous game of constant pursuit with a killer who is seemingly one step ahead.

When the dead body of a man is discovered at the distant church of Heavenfield, Detective Chief Inspector Ryan is the only person around who can assist. The police in the area don’t have a weapon, a motive or other suspects.

Having been suspended from Northumbria CID, Ryan is determined to exonerate himself.

When distinguished members of the peculiar ‘Circle’ are found dead, it soon becomes clear that what is at stake is more than just Ryan’s career.

A dark figure walks among them and Ryan must unmask him before it is too late.

After going through a rough path, things finally seems to be getting back to normal for Detective Chief Inspector Ryan who can’t wait to spend the Easter bank holiday weekend with his fiancée.

But on Good Friday morning, Ryan is summoned to one of the largest cemeteries in Newcastle where the dead body of a redheaded woman has been discovered in a shallow grave—with the victim given wings like an angel.

It doesn’t take long before another woman is found at a different cemetery, and then another.

A deranged serial killer is on the loose and Ryan and his detectives have to stop him before it’s too late.

Detective Chief Inspector Ryan is living in his worst nightmare.

An infamous serial killer known as The Hacker has broken out of prison and abducted one of Ryan’s finest detectives from her own home.

The Hacker is a ruthless killer whose brutality is unmatched.

Ryan himself lost his sister and even came close to losing his own life while on a quest to bring The Hacker to book.

Fear grips the entire region as a nationwide manhunt begins.

Ryan stopped The Hacker and believes that he can do it again.

But will he be able to save his friend before it’s too late?

After his epic battle with the deranged serial killer infamously knows as The Hacker, Detective Chief Inspector Ryan retreats to the Cragside, a magnificent Bavarian-style mansion surrounded by acres of woodland, to spend the summer with his fiancée.

While attending the staff summer party which is a Victorian murder mystery evening, everything seems like a joke until an elderly man is found dead after the lights go out.

However, as Ryan and his detectives learn more about the man’s life, they realize that his death may not have been an unfortunate accident after all.

When another dead body is discovered, Ryan knows that he must unmask the killer, who hides in plain sight, before it’s too late.

Three friends went on a secret camping trip one fateful night, but only two returned.

Three decades later, the remains of a teenage boy rises from the depths of England’s biggest reservoir—threatening to unmask the killer.

Having returned from his honeymoon, Detective Chief Inspector Ryan is received by danger from all sides.

Deep in the Kielder Forest, a killer who beat the system will go to great lengths to keep the past hidden.

Elsewhere, Ryan’s long-term enemy returns as Superintendent at Northumbria CID, and is determined to bring him to his knees.

Will Ryan succeed in his toughest case yet?

Five months have gone by since a killer walked free and Detective Chief Inspector Ryan is preparing to go and hunt him down once and for all.

His plans of leaving Newcastle however make a dramatic turn, forcing him to stay and confront demons from his past before a friend suffers the consequences.

Meanwhile, another killer is on the verge on executing a sinister plan.

When a deadly explosion rocks the Tyne Bridge, Ryan and his team of detectives find themselves in a desperate race against time to unmask a merciless enemy who won’t rest until every bridge is destroyed—along with everyone on it.

The Northumbria CID is brought in to conduct a murder investigation after the remains of an old man are discovered inside the ancient hermitage at Warkworth Castle.

With no clues as to what could have motivated the killing, it’s up to them to uncover the mystery behind the murder. And they’ll have to do it without the leading man.

Elsewhere, Detective Chief Inspector Ryan is thousands of miles away following the trail of a killer across Europe.

The only problem is that the man in question is Nathan Armstrong—a deranged killer who so happens to be an internationally renowned thriller writer with as many connections as he has money.

When Viking treasure is discovered beneath the icy waters of the North Sea, local historian Doctor Anna Taylor is enlisted to assist catalogue perhaps the most exciting stockpile in recent memory.

Things however get too complicated for her after the body of a shipwreck diver is soon found.

Upon his arrival at the beautiful fishing town of Seahouses, Detective Chief Inspector Ryan is welcomed with a plethora of lies and secrets.

When another killing takes place, Ryan is caught up in a desperate race against time to quickly unearth what truly lies underneath.

It’s the summer of 2014. The citizens of Newcastle are gripped by fear after a killer is witnessed stalking the streets in the simmering heat.

When the dead body of the officer in charge of the case is discovered, Detective Chief Inspector Ryan is tasked with the burden of finding the culprit and bringing them to justice.

Despite the fact that the police team in Northumbria CID is a tight-knit one, Ryan is still treated as an outsider, given his dethatched and unwavering nature.

However, when more bodies surface, Ryan realizes this is one killer he simply can’t hunt down on his own.

It’s not every day that a ten-year-old girl knocks on Detective Chief Inspector Ryan’s doorstep to inform him that she has just witnessed a murder. Unbeknownst to the DCI, he is about to take on his most challenging case yet.

The circus has come to Newcastle upon Tyne, bringing with it a band of fearless acrobats, magicians and jugglers. One of them is however a killer.

As Ryan and his team of detectives embark on a mission to unearth a secret that has been buried for eight years, they must do so swiftly before the killer silences the only living witness.

Detective Chief Inspector Ryan is assigned to conduct a murder investigation in a tiny old mining village where an elderly man is burned alive.

Upon his arrival, Ryan soon learns that underneath the seemingly tight-knit community lies the pain of treachery committed many decades ago.

Considering that everyone had a motive, can the DCI uncover the secrets of the past before it’s too late?

Elsewhere, things are getting heated at Northumbria CID after word started going round that there is a mole in Ryan’s department.

With everyone’s integrity called into question, can Ryan trust anyone other than himself?

Fresh out of uncovering a string of corruption within the ranks of Northumbria CID, Detective Chief Inspector Ryan is hoping to enjoy a quiet and insipid summer.

That’s until a young woman is shot dead on the distant army ranges of the Northumberland National Park.

Elsewhere, brutal crimes are being committed across major historic sites in the North East, with the only clue being a graffitied symbol left behind by the killer.

When more bodies are discovered, Ryan and his team race against the clock to find the killer before it's too late.

After an eventful year of solving crucial cases, Detective Chief Inspector Ryan and his team of murder detectives deservedly take some time off to enjoy the holidays, savoring on mulled wine and other culinary delights.

When a terrible blizzard however forces their car off the main road and into the Northumberland wild, the team is left with little option but to shelter inside England’s most haunted castle.

When one of the guests ends up dead, it’s evident that supernatural forces could have been involved.

And for Ryan and Co., it their job to solve the mystery before it’s too late.

When a leading criminal profiling unit is closed down in the wake of a terrible scandal, only one person survives the aftermath.

Renowned for his ability to get into the darkest minds and uncover the secrets that lie underneath, Forensic psychologist Doctor Alexander Gregory soon finds himself in the middle of a murder investigation.

A serial killer is causing havoc in the picturesque hills of Co. Mayo, Ireland, gripping locals of the rural community with fear.

With the Garda running out of time, Gregory is requested to assist with the investigation.

Having vowed to lead a quiet life, will he refuse to help bring the perpetrator to justice?

“In a beautiful world, murder is always ugly...”

Upon returning from his last case in Ireland, leading forensic psychologist and criminal profiler Dr Alexander Gregory finds himself in the middle of yet another murder investigation after receiving a call from the French police.

It is Paris fashion week and the dead bodies of some of the most beautiful women in the world are being discovered; their faces gashed in a series of sinister attacks.

Although one victim survives the attack, she is too traumatized to talk.

The police, who are running out of time, have no chance of stopping the killer without her help.

Will Gregory unlock the secrets of her mind before the killer strikes again?

Leading forensic psychologist and criminal profiler Dr Alexander Gregory is enlisted to help the New York State Homicide Squad as soon as he returns from Paris.

The wife of an infamous criminal is no longer able to testify in his upcoming trial after being admitted to a private psychiatric hospital.

Determined not to let their case collapse in the wake of reports that the staff at the psychiatric hospital are unreliable, the police turn to Gregory for help.

But once Gregory walks into Buchanan Hospital, there will be no guarantees that he will leave the psychiatric facility the same.