She is best known for writing the Joanne Ross Mystery Series.

Born in the Highlands of Scotland, she attended Inverness Royal Academy and the Royal Scottish Academy of Music and Drama.

A.D. Scott, who has previously worked in theater and in magazines, currently divides her time between Vietnam and north of Sydney, Australia, where she writes her next gripping mystery. 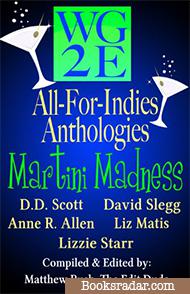 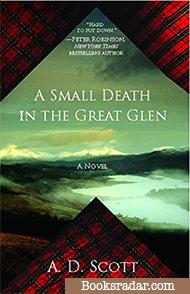 A Small Death in the Great Glen 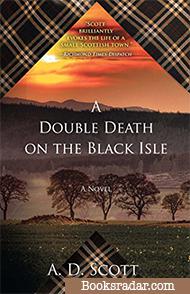 A Double Death On the Black Isle 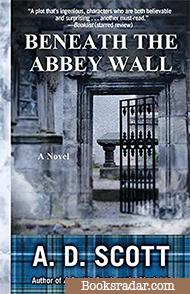 Beneath the Abbey Wall 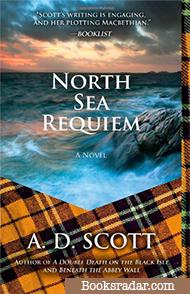 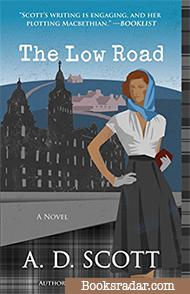 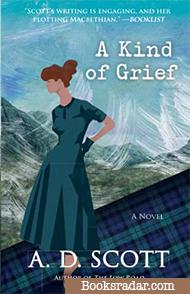 A Kind of Grief

Amazon Top 100 Bestselling Author D. D. Scott – who is also the Co-Founder of The WG2E (The Writer’s Guide to Epublishing) - is treating you to a short story collection featuring one of her own stories as well as stories by some of her fave Indie Epub Authors, including David Slegg, Anne R. Allen, Lizzie Starr and Liz Matis.

With this Martini Madness-themed Anthology, you’ll never think of martinis in quite the same way.

In this Sixth Edition of The WG2E All-For-Indies Anthologies, you’re treated to a terrific, one-of-a-kind approach to the anthology concept.

You’ll get a variety of genres and story-lengths all packaged together as a wonderful way to discover some of today’s hottest new authors!

Plus, each WG2E Anthology is based on a different theme.

In the WG2E Martini Madness Edition, you’re getting short stories that yes, have a martini element, but you’ll never think of martinis in quite the same way...especially appletinis and lemon martinis.

A Small Death in the Great Glen

Buy now
Like
A Small Death in the Great Glen

In the Highlands of 1950s Scotland, a boy is found dead in a canal lock. Two young girls tell such a fanciful story of his disappearance that no one believes them. The local newspaper staff—including Joanne Ross, the part-time typist embroiled in an abusive marriage, and her boss, a seasoned journalist determined to revamp the paper—set out to uncover and investigate the crime.

Suspicion falls on several townspeople, all of whom profess their innocence. Alongside these characters are the people of the town and neighboring glens; a refugee Polish sailor; an Italian family whose café boasts the first known cappuccino machine in the north of Scotland; and a corrupt town clerk subverting the planning laws to line his own pocket.

Together, these very different Scots harbor deep and troubling secrets underneath their polished and respectable veneers—revelations that may prevent the crime from being solved and may keep the town firmly in the clutches of its shadowy past.

Buy now
Like
A Double Death On the Black Isle

Nothing is ever quite at peace on Scotland’s Black Isle—the Traveling people are forever at odds with the locals, the fishermen have nothing in common with the farmers, and the villages have no connection with the town. But when two deaths occur on the same day, involving the same families from the same estate—the Black Isle seems as forbidding as its name.

Joanne Ross, typist at the Highland Gazette, is torn whether to take on the plum task of reporting on these murders—after all, the woman at the center of both crimes is one of her closest friends. Joanne knows the story could be her big break, and for a woman in the mid-1950s—a single mother, no less—good work is hard to come by.

But the investigation by the staff on the Gazette reveals secrets that will forever change this quiet, remote part of the Highlands. The ancient feudal order is crumbling, loyalties are tested, friendships torn apart, and the sublime beauty of the landscape will never seem peaceful again.

As a decade of change comes to a close, murder hists close to home in a small Scottish town...

On a dark, damp Sunday evening, a man taking a shortcut home sees a hand reaching out in supplication from a bundle of sacks. In an instant he knows something terrifying has happened.

In the Highlands in the late 1950s, much of the local newspaper’s success was due to Mrs. Smart, the no-nonsense office manager who kept everything and everyone in line. Her murder leaves her colleagues in shock and the Highland Gazette office in chaos.

Joanne Ross, a budding reporter and shamefully separated mother, assumes Mrs. Smart’s duties, but an intriguing stranger provides a distraction not only from the job and the investigation but from everything Joanne believes in.

Beneath the Abbey Wall brilliantly evokes a place still torn between the safety of the past and the uncertainty of the future, when rock ’n’ roll and television invaded homes, and a change in attitudes still came slowly for many.

As the staff of the Highland Gazette probes the crime, they uncover secrets deeply rooted in the past, and their friend’s murder becomes the perfect fodder for strife and division in the town and between her colleagues.

When a small-town Scottish woman discovers a severed leg in the boot of one of the local hockey players’ uniforms, it’s a big scoop for the Highland Gazette. But reporter Joanne Ross wants a front-page story of her own, and she hopes to find it in Mae Bell, an American jazz singer whose husband disappeared in an aircraft accident five years ago and who is searching the Highlands for her husband’s colleagues.

Things take a very sinister turn when Nurse Urquhart, who dis-covered the limb, suffers a hideous and brutal attack. Even stranger, she was the recipient of letters warning her to keep her nose out of someone’s business—letters that Mae Bell and the staff of the Highland Gazette also received. What could it all mean?

Unfolding against a gorgeously rendered late 1950s Scottish countryside, North Sea Requiem captures the mores and issues of another era, especially in Joanne Ross—a woman wrestling with divorce, career, and a boss who wants to be more than just her superior. The result is a poignant, often haunting mix of violence, loss, and redemption in a narrative full of unnerving plot twists and unforgettable characters.

John McAllister has come to a crossroads, torn between the stability of his life in the Highlands and the thrill of working as a renowned journalist in Glasgow at a national daily newspaper. Can he accept that this exciting new phase is over? That it is time to settle down?

Before he knows it, McAllister is in the midst of a fast-paced hunt for his good friend Jimmy McPhee, who is involved in a blood feud with a murderous razor gang. With a fiercely ambitious young crime reporter, he tracks down Jimmy, but the gang finds them. Only when another violent clash breaks out do they have the chance to escape. Soon McAllister finds himself in danger of losing everything he holds dear—his mother, his fiancée, his friends, his integrity, and his life.

And Joanne Ross, recovering from horrific injuries, senses McAllister’s ambivalence about their forthcoming marriage, and she knows she can only wait for him to return to her.

From the wilderness of the Highlands to the desolation of Glasgow’s slums, book five in Scott’s mystery series is a portrait of extremes: between city and glen; between the rule of law and the laws of the streets; between safe, enduring love and unreasoning passion.

When Alice Ramsay, artist and alleged witch, is found dead in her home in a remote Scottish glen, the verdict is suicide.

But Joanne Ross of the Highland Gazette refuses to believe it. As she investigates Alice’s past, Joanne uncovers layer upon layer of intrigue. With the appearance of officials from a secretive government agency and an ambitious art critic from a national newspaper, Joanne is increasingly convinced that something—and someone—from Alice’s past was involved in her death.