AR Simmons is an American indie writer and author. Working without an official agent, publicist, business manager or even publishing house in the acceptable term, he has managed to author The Richard Carter Mystery/Suspense series.

Although he was born in Chicago, Simmons has his roots deep in the Missouri Ozark soil down to four generations. That certainly explains why he uses the area’s culture, language, and small-town mores to paint his stories; be it oddly old fashioned or with the worst that the modern day has to offer. 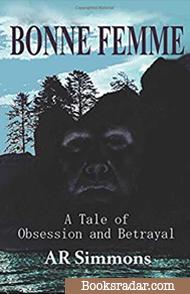 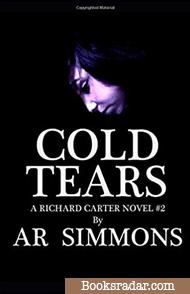 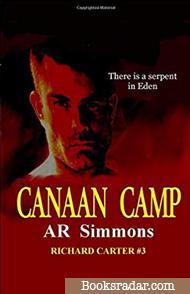 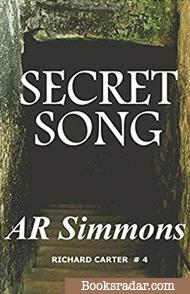 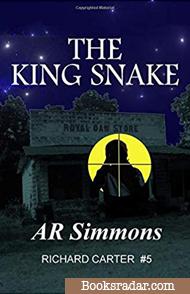 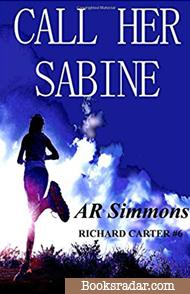 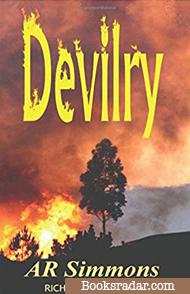 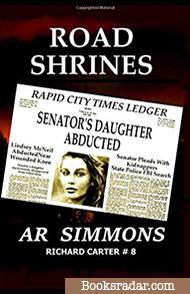 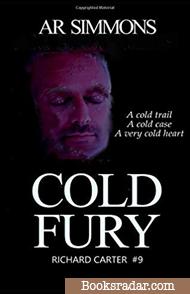 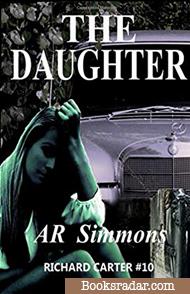 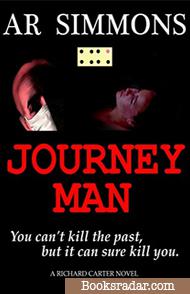 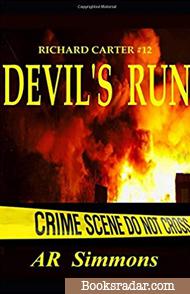 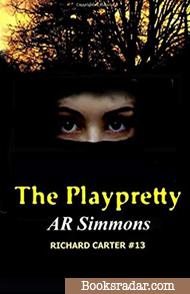 “An Ex-Marine betrays 'dream girl' while battling both real and imagined demons.”

Richard Carter returns back to Cartier in an effort to pull his life in order after a distressing tour of duty in Somalia, while Jill Belbenoit—a French girl of American decent—is back to complete her degree at Pere Marquette.

Although Richard doesn’t know Jill, he has seen her enough times on campus to want to know her better.

When Mic Boyd, a former squadmate from Somalia, suddenly shows up acting as though they were well acquainted, Richard plays along hoping that it will only be a brief association. But Mic forcefully becomes a part of Jill and Richard’s life.

In an effort to get rid of the unsolicited attention from Mic, the attractive Jill manipulatively draws herself to Richard.

Richard is however a man with many scars. Are his visions a mere product of his wild imaginations, or is he truly seeing what everyone else can’t?

Mother of a missing baby sees emotionally-disturbed ex-soldier as her "godsend."

Tragedy strikes in the dead of night when a baby goes missing. It is a heartbreaking incident, as it should, yet nobody seems bothered about it. Could it be because the mother in question is a “lowlife druggie,” as labeled by the chief investigator? Or could there by another reason why the “good people” of James Mill don’t seem to care?

Having been spared prosecution for felony homicide courtesy of a governor’s pardon, ex-Marine Richard Carter agrees to help the anguishing mother, against the advice of his wife Jill.

Will the truth, should he unearth it, save or destroy Molly who sees him as her “godsend?”

Being that Richard is suffering from PTSD, will the challenge plunge him into clinical depression and ruin his marriage?

Moving in an Air Stream trailer caravan, the good people of Wilderness Church arrive at Hawthorn County, Missouri while following their charismatic leader, Father Joshua. They have ceased their wandering and created a closed commune at Canaan Camp where they enjoy a peaceful life; free from the ills of "the world."

A serpent however enters Eden.

A nationwide manhunt takes place when a family of three is murdered in Marked Tree, Arkansas, while two more people die in Fayetteville and another murder occurs in Oregon.

Bobby Lee Paget is on a killing spree, yet no one at the camp either knows or suspects him.

Richard certainly has his work cut out considering that Paget is a master manipulator; one capable of masterminding destruction that will make everyone remember the name Bobby Lee Paget!

Marie was driving herself home while Harold was running away from a robbery he and his cousin, Wayne, had just committed.

The two ended up stealing Marie’s car when theirs couldn’t restart, while the girl was never seen again.

Having been slapped with twenty-five years at the Missouri State Prison in Jefferson City, Harold is released on parole. Wayne on the other hand was executed.

Heated confrontations however spark when Marie’s remains are found in a shallow grave, just days after Harold’s release.

Now a target, with everyone wanting him out of Hawthorn County, Richard Carter is given the case concerning the ruined boy.

A series of burglaries, home invasions and disappearances follow.

The revenge against an ex-con is well and truly on!

Confusion reigns in Hawthorn County when a second drug user is killed. The two were considered "nobodies", unimportant for those dealing, yet they were taken out by a sniper.

Could they possibly have known something important, so much as to warrant a professional hit?

Richard is summoned by the Deputy Scott Berman of Ripley County and joins the Ozark Foothills Task Force.

Things are blown out of proportion when a local daily claims police collusion in the murders.

The sniper, nicknamed "The King Snake" given how King Snakes are in the habit of eating other snakes, suddenly targets law enforcement.

What on earth is really going on? And who could be next on the hit list?

A young woman wakes up in a strange, darkened room oblivious of where she is or how she got there.

The body of a young wife is discovered in the Saw Briar Country Club pool.

A few days later, another young woman is found drowned in a lake near Blue Creek’s small Ozark town.

Hawthorn County Deputy, Richard Carter, takes up the investigations behind the mysterious drowning.

Could they be unfortunate tragedies as a consequence of alcohol and prescription-drug abuse, or are the rumors of a serial killer on the loose true?

Richard believes that Charlotte Fouts was abducted while jogging, whereas Charlie strains to discover the identity of her kidnapper; earnestly hoping that someone finds her before it’s too late.

It doesn’t take long for Richard Carter to conclude that the middle-aged man and young woman were shot execution style.

Meanwhile, another body is found in the forest a matter of days later.

The unidentified young man was tortured before being hanged.

Strangled, with clothes partly burned, and soot coming out of his lungs and nostrils and lungs, the murder was nothing but devilry!

Could these be obvious hate crimes or isolated criminal incidences?

In order to solve the mystery, Richard will have to deal with the Stouts.

When a fresh body, hidden in Baskie Cemetery, is discovered after an unauthorized exhumation, it’s quite apparent that a murder took place.

But when one of the bodies is identified as that of the daughter of a powerful Senator who disappeared in South Dakota nearly twenty years ago, the FBI quickly steps in; locking Richard Carter out of the case.

Forced to watch from the sidelines, Richard helps Deputy Woodie Koeltz from Westphalia, Missouri on the case involving a missing girl who seems to have run away from home.

Their investigation however leads them to an Emo group under the leadership of a young poser who identifies with "The Gardener"; the serial killer as dubbed by the news media.

“A cold trail leads to a very cold case resulting in a red hot climax.”

Deputy Ron Guidry, Richard Carter's friend and colleague, discovers the body of a nude man who was frozen to death. But due to budgetary constraints, the sheriff refuses to authorize the travels from outside the county until the identity of the man is discovered.

While on his long overdue vacation, Guidry carries out his investigation using his own money—without letting anyone know.

But Richard is forced to retraces him after Guidry fails to return.

This leads him to the Bootheel of southeast Missouri, where he comes across an undercover DEA narc who willingly assists in the search for Guidry.

Did Guidry find any links with the drug trade? And is Richard being helped or managed?

“Is there justice for what happened to Blue Creek's ‘golden girl’?”

Blue Creek's golden girl had many admirers, yet one of them killed her.

Deputy Richard Carter immediately launches an investigation when Shara McGregor's blood-soaked car is discovered near an abandoned graveyard in the Irish Wilderness.

Richard is desperate for clues, as he receives pressure from Okinawa, the girl's mother, and another an old politician with a knack for excessive authority.

With only a voicemail and the girl's face on a billboard advertising the local junior college, Richard's investigation is complicated by the fact that he has no body, no murder weapon and no crime scene to examine.

But when Jill, Richard's wife, notices something disturbing on a security video at a store where the girl worked, a series of blackmail, sexual extortion and murder quickly emerge.

"Why has the traveling killer known as Journey Man taken up residence in Hawthorn County?"

The frightening words on the tombstone read “Richard Carter,” complete with a fine Latin inscription and a death date.

Whereas Jill is unsettled by the discovery, Richard brushes it aside as a mere prank; arguably more interested in the “Jane Doe” on a killing spree.

A friend working for the FBI however reveals to Richard that Bureau is after a coast-to-coast serial killer with an identical MO and signature; tidy enough to reveal to investigators only what he wants them to know.

Could the local killer the FBI’s “Journey Man,” or only just a copycat?

Does it really matter, given that Jill could become “collateral damage” of the killer’s rampage through Hawthorn County?

“As a fire burns its way through Hawthorn County, something ‘unholy’ appears in the ashes”

Fireballs in the night and several victims of what strangely seems to be a mob hit.

Rural deputy Richard Carter has seen his fair share of chaos in Blue Creek’s sleepy town of Ozark, but nothing ever quite like this!

As he conducts investigation into what in the beginning appears to be an insurance fraud—along with the help of his partner Ron Guidry, and new deputy Cicely "Kit" Kittredge—they discover an “unholy” finding near a small creek called Devil's Run.

As they desperately search for a motive, a vicious murder sweeps through Hawthorn County, eliminating all suspects.

An overturned canoe and a hurriedly abandoned picnic site are the only clues left behind when some young lovers go missing.

Summoned to the sheriff’s department at 3am, Richard receives frantic reports from Taylor Glass, a college freshman, who claims that she and her boyfriend, Austen Kassinger, were ambushed on the creek by two men in ski masks.

Austen, the son of an upper class family in rural Hawthorn County, goes missing after the incident.

Austen’s father however doesn’t believe Taylor’s version of the story; convinced that she is only a scheming “playpretty” that a respectable man might use as a cheap toy, but never ever marry.

A series of cryptic messages from the Austen‘s abductors will however lead to more confusion, and several homicides.