Gina Sorelle is a wife, mother and author of romance novels.

She enjoys writing stories about sexy guys who fall in love with fierce, headstrong women who are a perfect combination of beauty and brains.

Although Gina is quite passionate about writing, her love for writing took a huge hit after she lost her beloved mom to dementia.

A number of years may have passed since she last wrote “All of You (2014)”, but Gina is gradually regaining her confidence, and promises her fans that she’ll explore Ben & Fi’s love story in the book “You & Me”.

Although Gina admits to being a naturally anxious person,she is also quite snarky and sarcastic. 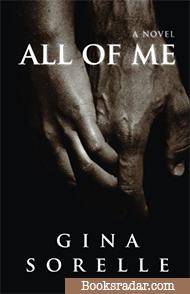 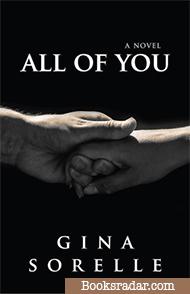 Stella Ciaramitaro spent the last year battling a disease that tried to take her life…and take her away from her four crazy, pain-in-the-butt sisters, occasionally suicidal father, and career as an Emergency Room nurse. Stella’s disease wreaked a lot of havoc, leaving her with visible and invisible scars, but she’s hanging in there. Doing just fine, actually.

Or she was until HE showed up.

Nathan Drazek is a mess and he knows it. A childhood full of mental and physical abuse, four tours in Afghanistan, and ten years policing one of the toughest beats in East Cleveland have left him aloof and nearly incapable of interpersonal relationships. But that’s okay, because Nathan isn’t interested in anything more than just getting by.

Or he wasn’t until SHE showed up.

From the moment Nathan nearly arrests Stella on, sparks fly, limits are tested, and boundaries are shattered. A tenuous, tender friendship quickly evolves into something powerful and passionate they cannot wish away or control. But as they grow closer, new issues arise and old hurts resurface, threatening to destroy their fragile new beginning.

With everything at stake, Nathan and Stella must ultimately decide which runs deeper: their scars or their love.

Brilliant geneticist Kat Ciaramitaro is the only level-headed one in a big Italian family where crazy reigns supreme. A life-altering medical diagnosis seven years ago changed a lot of things, but most days, Kat handles the emotional and physical baggage just fine. Because that’s what strong women do - they stand and they deal. Alone.

Cleveland Police Officer Danny MacDonough is broken. A childhood spent in foster care has left him feeling unwanted and unlovable, but Danny’s been making up for lost time - grabbing happiness where he can, when he can...all the while making sure no one gets too close to see the cracks in his well-honed façade.

Eighteen months of simmering attraction finally explodes into an all-consuming, passionate relationship. But Kat is ill, Danny is wounded, and nothing about what develops between them is easy or neat.

So with their hearts and souls on the line, Danny & Kat must ultimately decide what will win: his past, her future, or their love.