Jessica Topper is a retired American rockstar and author of contemporary romance novels.

After spending nearly twenty years in the music industry, Jessica gave up her rockstar life in an effort to focus on her writing.

Jessica currently resides in Western New York with two gentle felines, a teenage writer girl and a husband who would rather stay anonymous.

Much 'I Do' About Nothing 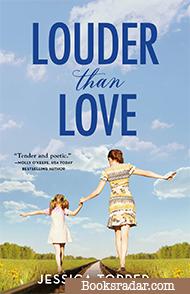 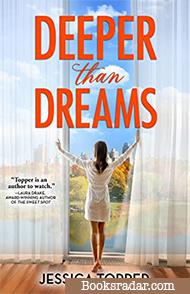 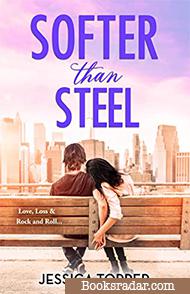 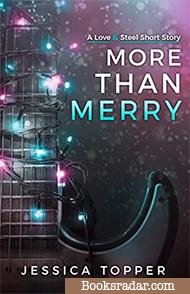 More Than Merry
Much 'I Do' About Nothing 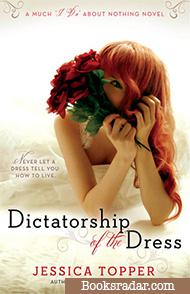 Dictatorship of the Dress 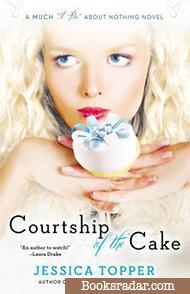 Courtship of the Cake

"In this powerful novel, a young librarian grieves the loss of her husband...and discovers a love that defies classification."

It's been over three years since a train accident made a widow of Katrina Lewis, sending her and her young daughter Abbey back to the suburban town of her youth...the only place that still makes sense. Lauder Lake is the perfect place to hide and heal.

Recluse rockstar Adrian "Digger" Graves survived the implosion of his music career, but his muse has long lain dormant. Until Kat hires him to play at her library-not on the basis of his hard rock credentials but rather, because of the obscure kids' TV jingle he wrote years ago. In a case of mistaken identity, Adrian stumbles into the lives of Kat and her comically lovable daughter.

Using tattoos as a timeline, Adrian unfurls his life for Kat. But as the courtship intensifies, it's unclear whose past looms larger: the widow's or the rocker's. Will their demons ever rest, or will they break these soul mates apart?

Falling for rock star Adrian “Digger” Graves was the second chance at love Kat Lewis never expected. In fact, it defied all classification the former librarian had come to rely on. And now, with a little help from friends and family—including Kat’s adorable daughter, Abbey—it appears Adrian has planned an evening of surprises beyond her wildest dreams…

The night before, Kat witnessed the triumphant reunion of Adrian’s band at Madison Square Garden. Tonight, the rocker will escort her to the elegant, ultra-exclusive Library Lions benefit. It seems like a fairytale, but even fairytales have a deeper, darker side. When old habits return to tempt her knight in shining heavy metal armor, will Kat’s happily ever after come crashing back to reality?

As rock star “Riff Rotten”, Rick Rottenberg has enjoyed all the perks that fame can offer, especially now that he’s reunited with his former band mate, Adrian “Digger” Graves. But despite his success, Rick is a mess. Still reeling from the death of his wife years ago and terrified his demons will end his career, he agrees to seek help for his anxiety.

Burned by a musician in the past, Sidra Sullivan has closed her heart to love. So when Rick walks into her yoga studio, she wants nothing to do with him – until the hard rocker shows an unexpected soft side.

As Sidra and Rick work through their painful pasts, they realize just how strongly opposites can attract. But when a crisis threatens the delicate balance they’ve forged, they’ll discover if their connection is strong enough to weather another storm or just too broken to survive…

Not all gifts come wrapped in ribbon…

Note from the author: MORE THAN MERRY came to life after a reader asked if I would consider writing about her favorite characters in a Christmas setting. Re-visiting Adrian, Kat and Abbey was like hanging out with family and dear friends...which is what this season is meant for!

Much 'I Do' About Nothing

Dictatorship of the Dress

As the dress-bearer for her mother's wedding, comic book artist Laney Hudson has a lot more baggage than the bulky garment bag she's lugging from New York to Hawaii. Laney is determined to prove she's capable of doing something right, but running chores for her mom's fairytale nuptials is proving to be a painfully constant reminder of her own lost love.

So when she's mistaken for the bride and bumped up to first class, Laney figures some stress-free luxury is worth a harmless white lie. Until the flight crew thinks that the man sitting next to her is Laney's groom, and her little fib turns into a hot mess.

The last thing Noah Ridgewood needs is some dress-obsessed diva landing in his first-class row. En route to his Vegas bachelor party, the straight-laced software designer knows his cold feet have nothing to do with the winter weather.

When a severe storm leaves them grounded in Chicago and they find themselves booked into the last available honeymoon suite, Laney and her in-flight neighbor have little choice but to get better acquainted. Now, as her bridal mission hangs in the balance, perhaps the thing Laney gets right is a second chance at love.

“Always a bridesmaid, never a bride” has suited Danica James just fine…until the mysterious man who crashed her sister’s wedding steals her heart, leaves a slice of groom’s cake under her pillow, and then disappears.

Hoping to forget her unforgettable fling, Dani takes a job as a backstage masseuse for a rock music festival, not expecting the tour’s headlining bad boy to make an offer she can’t refuse. Nash Drama needs a fiancée—and fast…

Mick Spencer is the best wedding cake designer in New Hope and the town’s most eligible bachelor. But despite the bevy of bridesmaids he’s sampled, Mick can’t get the evening he spent with Dani out of his mind.

So when she shows up for a cake tasting at the Night Kitchen—with his former best friend’s ring on her finger—Mick vows to charm the woman of his dreams into choosing a sweet and sinful ever after, with him…