Ruth Ware, whose real name is Ruth Warburton, is a British international number one bestselling author of mystery and thriller books.

It’s while there that Ruth discovered her passion for Old English and Middle English texts.

Prior to becoming a celebrated writer, Ruth worked as a waitress, a bookseller and a publicist.

She also had a spell in Paris, where she taught English as a foreign language.

Her books have appeared on bestseller lists such as Sunday Times and New York Times, selling millions of copies and getting published in over 40 languages.

Ruth lives near Brighton with her family. 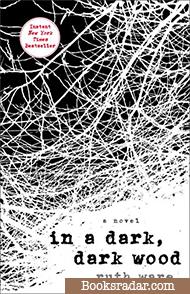 In a Dark, Dark Wood 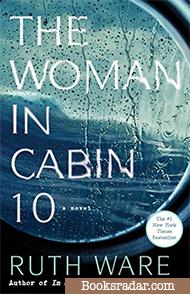 The Woman in Cabin 10 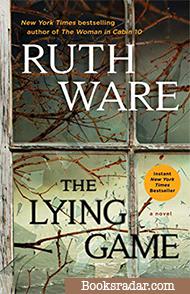 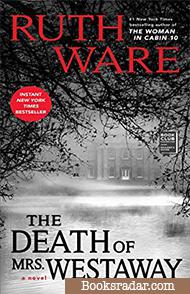 The Death of Mrs. Westaway 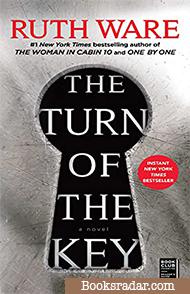 The Turn of the Key 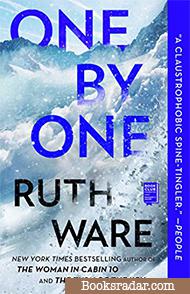 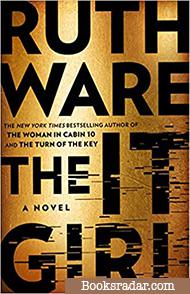 The It Girl
Hush 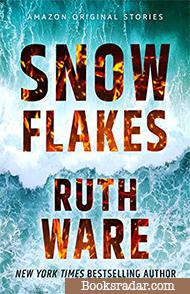 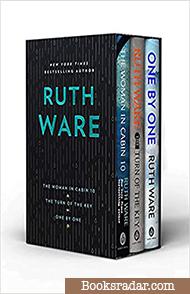 In a Dark, Dark Wood

Sometimes the only thing to fear…is yourself.

When reclusive writer Leonora is invited to the English countryside for a weekend away, she reluctantly agrees to make the trip. But as the first night falls, revelations unfold among friends old and new, an unnerving memory shatters Leonora’s reserve, and a haunting realization creeps in: the party is not alone in the woods.

In this tightly wound, enthralling story reminiscent of Agatha Christie’s works, Lo Blacklock, a journalist who writes for a travel magazine, has just been given the assignment of a lifetime: a week on a luxury cruise with only a handful of cabins.

The sky is clear, the waters calm, and the veneered, select guests jovial as the exclusive cruise ship, the Aurora, begins her voyage in the picturesque North Sea. At first, Lo’s stay is nothing but pleasant: the cabins are plush, the dinner parties are sparkling, and the guests are elegant.

But as the week wears on, frigid winds whip the deck, gray skies fall, and Lo witnesses what she can only describe as a dark and terrifying nightmare: a woman being thrown overboard.

The problem? All passengers remain accounted for—and so, the ship sails on as if nothing has happened, despite Lo’s desperate attempts to convey that something (or someone) has gone terribly, terribly wrong…

On a cool June morning, a woman is walking her dog in the idyllic coastal village of Salten, along a tidal estuary known as the Reach. Before she can stop him, the dog charges into the water to retrieve what first appears to be a wayward stick, but to her horror, turns out to be something much more sinister…

The next morning, three women in and around London—Fatima, Thea, and Isa—receive the text they had always hoped would never come, from the fourth in their formerly inseparable clique, Kate, that says only, “I need you.”

The four girls were best friends at Salten, a second-rate boarding school set near the cliffs of the English Channel. Each different in their own way, the four became inseparable and were notorious for playing the Lying Game, telling lies at every turn to both fellow boarders and faculty. But their little game had consequences, and as the four converge in present-day Salten, they realize their shared past was not as safely buried as they had once hoped…

On a day that begins like any other, Hal receives a mysterious letter bequeathing her a substantial inheritance. She realizes very quickly that the letter was sent to the wrong person—but also that the cold-reading skills she’s honed as a tarot card reader might help her claim the money.

Soon, Hal finds herself at the funeral of the deceased…where it dawns on her that there is something very, very wrong about this strange situation and the inheritance at the center of it.

When she stumbles across the ad, she’s looking for something else completely. But it seems like too good an opportunity to miss—a live-in nannying post, with a staggeringly generous salary. And when Rowan Caine arrives at Heatherbrae House, she is smitten—by the luxurious “smart” home fitted out with all modern conveniences, by the beautiful Scottish Highlands, and by this picture-perfect family.

What she doesn’t know is that she’s stepping into a nightmare—one that will end with a child dead and herself in prison awaiting trial for murder.

Writing to her lawyer from prison, she struggles to explain the events that led to her incarceration. It wasn’t just the constant surveillance from the home’s cameras, or the malfunctioning technology that woke the household with booming music, or turned the lights off at the worst possible time. It wasn’t just the girls, who turned out to be a far cry from the immaculately behaved model children she met at her interview. It wasn’t even the way she was left alone for weeks at a time, with no adults around apart from the enigmatic handyman.

She knows she’s made mistakes. She admits that she lied to obtain the post, and that her behavior toward the children wasn’t always ideal. She’s not innocent, by any means. But, she maintains, she’s not guilty—at least not of murder—but somebody is.

Getting snowed in at a luxurious, rustic ski chalet high in the French Alps doesn’t sound like the worst problem in the world. Especially when there’s a breathtaking vista, a full-service chef and housekeeper, a cozy fire to keep you warm, and others to keep you company. Unless that company happens to be eight coworkers…each with something to gain, something to lose, and something to hide.

When the cofounder of Snoop, a trendy London-based tech start-up, organizes a weeklong trip for the team in the French Alps, it starts out as a corporate retreat like any other: PowerPoint presentations and strategy sessions broken up by mandatory bonding on the slopes. But as soon as one shareholder upends the agenda by pushing a lucrative but contentious buyout offer, tensions simmer and loyalties are tested.

The storm brewing inside the chalet is no match for the one outside, however, and a devastating avalanche leaves the group cut off from all access to the outside world. Even worse, one Snooper hadn’t made it back from the slopes when the avalanche hit.

As each hour passes without any sign of rescue, panic mounts, the chalet grows colder, and the group dwindles further…one by one.

Vivacious, bright, occasionally vicious, and the ultimate It girl, she quickly pulled Hannah into her dazzling orbit. Together, they developed a group of devoted and inseparable friends—Will, Hugh, Ryan, and Emily—during their first term. By the end of the second, April was dead.

Now, a decade later, Hannah and Will are expecting their first child, and the man convicted of killing April, former Oxford porter John Neville, has died in prison. Relieved to have finally put the past behind her, Hannah’s world is rocked when a young journalist comes knocking and presents new evidence that Neville may have been innocent.

As Hannah reconnects with old friends and delves deeper into the mystery of April’s death, she realizes that the friends she thought she knew all have something to hide…including a murder.

When a barrier between truth and illusion grows stronger, a family’s trust crumbles in this arresting short story by the number one New York Times bestselling author of The Woman in Cabin 10.

Leah has spent her formative years isolated on a remote island with her family. But their quiet existence, far from the devastated mainland, is cracking. Father, sensing a coming threat, demands that a wall be built. As the stone blockade rises, Father’s paranoia escalates. So does Leah’s dread that the violence the family left behind has found its way to their sanctuary.

Ruth Ware’s Snowflakes is part of Hush, a collection of six stories, ranging from political mysteries to psychological thrillers, in which deception can be a matter of life and death. Each piece can be read or listened to in one truly chilling sitting.

In The Woman in Cabin 10, a journalist’s assignment on a luxury cruise is anything but a dream job. It soon unravels into a heart-pounding nightmare when she witnesses a shocking death—only for all the passengers on the ship to be accounted for and her worries dismissed. This tense and shadowy novel “will grab your attention, force it against a wall, and hold it there until the end” (Associated Press).

A modern-day Gothic haunted house story about the horrors of technology, The Turn of the Key is a “twisty and creepy” (Riley Sager, New York Times bestselling author) tale that follows a nanny in charge of two eccentric children in a smart house where she is constantly being watched. And when one child ends up dead, she must face whether or not she is capable of murder.

Finally, in the “claustrophobic spine-tingler” (People) One by One, a group of coworkers find themselves trapped by an avalanche in a French chalet during a corporate retreat. With no sign of rescue, tensions rise and truths are revealed, and soon, the group dwindles one by one.