Richard was first ushered into the world of writing and publication when he served as editor of the firm's apprentice magazine; later, along with aircraft engineering, he wrote financial proposals and military equipment technical works.

He added a teaching degree and an MSc in computing at the age of 40, but opted for early retirement after a battle with the big C; choosing to live more and work less.

Richard loves writing and he has published 5 books on Amazon Kindle which all have a dose of real-world experiences. 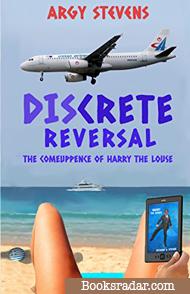 Discrete Reversal: The Comeuppance of Harry the Louse 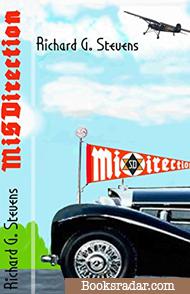 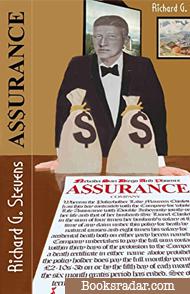 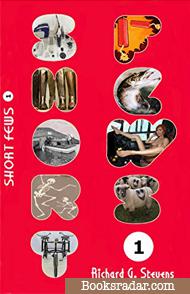 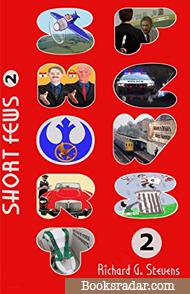 Discrete Reversal: The Comeuppance of Harry the Louse

Buy now
1
Discrete Reversal: The Comeuppance of Harry the Louse

Two single professionals in their forties cross paths with a Cretan on their first evening in a luxury Elounda hotel.

Not able to say his name, the two settle for Harry. Judy likes Harry a lot, but he, however, fancies Caroline. Irritated and annoyed, Judy renames him Harry the ‘Louse’; a slang word used to refer to a man who is dubious and treacherous with women.

Caroline on the other hand is attracted to the cultured, property rich, crisis-struck gentleman, whom she is convinced doesn’t deserve the unfair nickname.

The epithet Nick o’Louse comes up when Harry introduces Nikolaos to Judy, but the two women eventually make peace and agree to get rid of the ‘louse’ nicknames, unless…

But when Harry suffers a major financial setback, Caroline sees it as an opportunity. Will Harry find Caroline’s hidden assets before someone else does, or will she get her hands on his family jewels and doctor them?

MiSDirection is a Historical Fiction Novel that paints a comprehensive picture of the dark days of WWII where Germany is on the brink of invading Britain and conquering the whole of Europe.

Reinhard Heydrich, who is the Head of Germany's SD and their top security service, is a master of deceit; playing a very integral part in all of Hitler's plans.

In May 1941, he secretly flies his country’s new president into Scotland at the same time as Rudolf Hess’s well-known flight.

Scheming, Heydrich informs the Duke of Kent that Churchill bombed London in order to find a reason to start terror bombing Berlin — expecting the Germans to mass bomb England in revenge. Heydrich also advises the Duke of Kent to inform America of a planned attack by the Japanese on Pearl Harbor.

Is it a legitimate mission to bring long lasting peace or is part of a string of well-worked ploys to swing the advantage to Germany?

When Heydrich discovers that a vengeful Churchill has sent Czech hitmen to assassinate him, he begins the greatest conspiracy of his life...

Assurance is a mystery suspense novel based in post-war Britain where all and sundry used train as a means of travel.

What could the powerful do when an assurance salesman sitting next to them harmlessly starts a conversation? Some would go for apparently unrelated personal facts and innocent white lies in order to avoid the involvement; only to be lured by his sales patter.

After the death of a loved one, the assurance company pays a considerable amount each is not really entitled to, until the white lies come back to haunt them.

The year is 1954. Alex Holmes, Foreign Office number two, boards a train for a journey that leads him to discover Britain is on the brink of domination. Setting out to find the perpetrators, he struggles to find who is behind it all.

But just when he is on the brink of joining pieces of the clues together, Sally, his mistress, brings his world crumbling down.

Would you, just like Alex, go against the evil ploy or would you meekly accept your fate?

Short Fews 1 is a collection of 8 short stories based on the truth. But what exactly is the truth?

It varies from the zero truth of politicians to the unbounded truth you would expect from a nun in Holy Orders.

The stories, which cut across a thirty year period, are based on incredible experiences that range from a 10 year-old probable boat destroyer to a forty-something year-old determined to join the private Mile High Club.

In between are secrets that will not only shock you but also delight you.

This book is absolute chaos! All 8 stories entail an act of rebellion. Caught up in incidences where most people would proceed with caution, as symbolized by the mocking bird, these characters couldn’t care less about the consequences.

Put someone in a uniform and the person will take up the character of the uniform. Take, for instance, the police officer the author once had as a friend or indeed anyone adorning a corporate cloak.

If you put many level headed individuals in a position of power, are they bound to be subsumed into an entirely different person?