Tom Vater is a bestselling writer, publisher, screenplay writer and consultant primarily working in Asia. Born in Germany, Tom has published over twenty non-fiction books, with the most highly acclaimed being Sacred Skin with photographer Aroon Thaewchatturat and Burmese Light recently done with photographer Hans Kemp.

He has published three novels: The Devil’s Road to Kathmandu (Available in English and Spanish), The Cambodian Book of the Dead and The Man with the Golden Mind, and is currently working on the third Detective Maier Mystery, The Monsoon Ghost Image.

Tom has written for renowned media outlets such as The Wall Street Journal, The Times, The Guardian, The Nikkei Asian Review and Marie Claire among others. 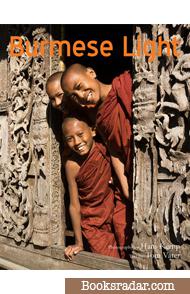 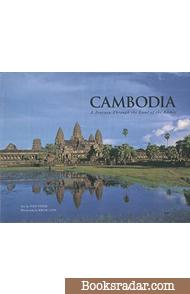 Cambodia: A Journey through the Land of the Khmer 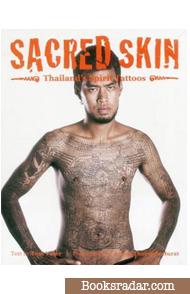 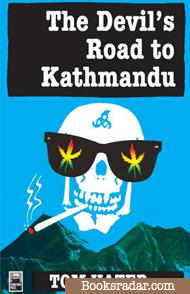 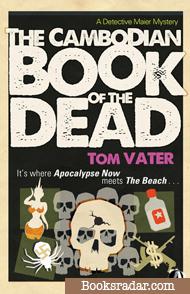 The Cambodian Book of the Dead 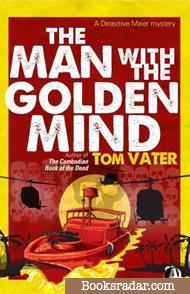 The Man with the Golden Mind 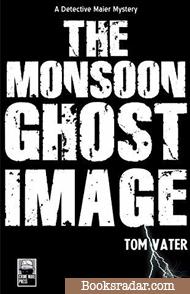 Burmese Light: Impressions of the Golden Land is a photographic introduction to Myanmar (previously known as Burma)—the mysterious land behind the Bamboo Curtain.

Accompanied with breathtaking images by award-winning photographer Hans Kemp and intuitive texts by renowned author Tom Vater, the book takes the reader on a fascinating journey through a country slowly but surely emerging from a prolonged period of involuntarily isolation.

It features all the famous sights in country, its colorful people and multiple customs that will leave the reader aspiring to visit this awe-inspiring Golden Land.

Cambodia: A Journey through the Land of the Khmer

Buy now
1
Cambodia: A Journey through the Land of the Khmer

For such a small country, Cambodia has a resilient culture and a colorful people.

From Angkor Wat—the largest religious monument in the world—to the monumental capital city of Angkor Thom, celebrated Lonely Planet photographer Kraig Lieb has scoured Cambodia’s rich architectural heritage for more than two decades, yet there is more to the book than just its architectural magnificence.

The book journeys through the country’s smaller cities and towns, in addition to its beaches expanding from Thailand in the West to Vietnam in the East—places in the Southeast Asian kingdom that have barely been discovered.

Sacred tattoos or sak yant as they are better known in Thailand, have been around Southeast Asia for centuries, and are believed to accord protection from accidents, misfortunes and crime.

The tattoos serve as reminders of a moral code to live by; one that encourages positive behavior. Sacred Skin is as such a book that gives a fascinating introduction to the sak yant—Thailand's spirit tattoos—and the people who bring them to life on their skin.

The Devil's Road to Kathmandu

Four friends—Dan, Fred, Tim and Thierry—embark on a daunting bus drive from London to Kathmandu. A drug deal goes sorely wrong while the boys are in Pakistan, but they manage to escape with their lives and the narcotics intact. After thousands of kilometers, several acid trips, accidents, nightclubs and an encounter with a pair of glamorous Siamese twins, they finally arrive in Kathmandu where Fred takes off with the drug money.

A staggering twenty-five years later, Dan, Tim and Thierry head back to Kathmandu having received several mysterious emails summoning them to go and collect their share of the money. But the Asian city isn’t the beatific place they remember.

Along with Dan’s backpacking son, a tattooed lady and a Buddhist angel, the old-time hippies attempt to solve a quarter-century mystery; one that leads them to the Roof of the World for an epic showdown with their past.

The Cambodian Book of the Dead

Buy now
1
The Cambodian Book of the Dead

Maier, a former war reporter turned private detective, is dispatch to Phnom Penh, Cambodia’s dilapidated capital, to carry out investigations on the mysterious disappearance of the heir to a Hamburg coffee empire.

His search for the young successor leads him into the darkest corners of the country’s history: A Khmer Rouge general, an ex-pat gangster, an old flame, a man-eating shark, a Nazi war criminal and a gang of teenage girl assassins who take the private eye back in time.

Captured and imprisoned, Maier is forced into the worst job of his life; writing the biography of the White Spider—a tale of gruesome murders that extends from the Cambodian Killing Fields to Europe’s concentration camps—or face execution.

The Man with the Golden Mind

Buy now
2
The Man with the Golden Mind

Maier is requested by Julia Rendel to conduct investigations on the twenty-five year old murder of her father; an East German cultural attaché who was killed near a fabled CIA airbase in central Laos back in 1976. His client is however kidnapped right out of his arms just before he begins his investigation.

As Maier searches for Julia in Vientiane, he comes to learn of different parties, including his missing client and the search for a famed CIA file overloaded with Cold War secrets.

The real prize however is the author of the file, a former US and Vietnamese spy and assassin code-named Weltmeister; a man who has not been seen in twenty-five years.

When Martin Ritter, an award-winning German conflict photographer, goes missing in a boating accident in Thailand, the nation grieves over the loss of a cultural icon. But weeks later, Detective Maier’s agency in Hamburg receives a call from Ritter’s wife who claims that her husband is still alive, and has been seen on the streets of Bangkok.

A mysterious photograph turns the detective from a predator to the prey, with the CIA, international business interests, a doctor in the habit of mutilation and a woman tagged the Wicked Witch of the East all are after the photograph taken by Martin Ritter.

From Bangkok to the brutal jungles and hedonist party islands of southern Thailand, Maier and his right-hand man Mikhail, face dreadful forces in a bid to unravel the darkest truths—not forgetting to save their own lives in the process.